Bill O'Neill made PBA history recently, walking away with the PBA's first-ever WWE championship title and $100K as the PBA Playoffs Champion, but the PBA isn't done with its new innovations for 2020 … 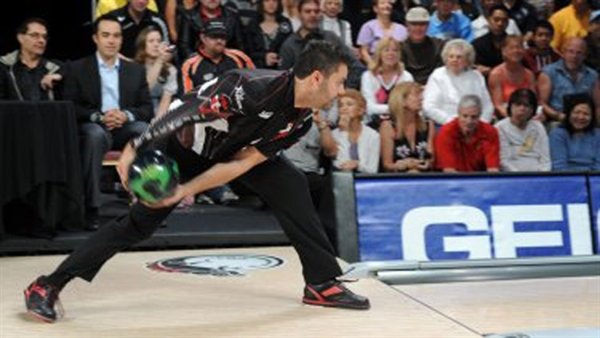 Bill O'Neill made PBA history recently, walking away with the PBA's first-ever WWE championship title and $100K as the PBA Playoffs Champion, but the PBA isn't done with its new innovations for 2020 and is excited to introduce the PBA League All Star Clash.

For the first time ever, the PBA is bringing together 12 of the biggest names in bowling, from veteran Hall of Famers to rising stars from both the men and women's Pro Tours, to compete in the special team edition PBA League All Star Clash on Sunday, Nov. 29 at 2:30 p.m. ET or 4:30 p.m. ET (varying per local market) adjacent to the NFL, on FOX.

The PBA League All Star Clash features the PBA's drama filled one-ball elimination format that has twice garnered the highest bowling TV ratings in more than a decade on FOX. The players begin round one rolling one-ball, with the lowest score eliminated and ties determined by another one-ball roll off. The high-intensity competition continues for the survivors in each round until one player is left standing as the champion. In this ever-unpredictable format, anything can happen!

The 12 All Star players were selected to represent their teams by having the highest number of PBA or PWBA titles on each team, with an impressive combined total of 248 Tour titles.

The players competing in the PBA League All Star Clash, in the order they will bowl each round are as follows:

The PBA League All Star Clash will air on Sunday, Nov. 29 on FOX at 2:30 p.m. ET or 4:30 p.m. ET, varying by local market. Viewers are encouraged to confirm per their local listing.

Viewers can live stream the PBA on the FOX Sports and FOX NOW apps or at FOXSports.com. Select highlights will also be available on @FOXSports social handles across Twitter, Facebook, Instagram, and YouTube. International fans can watch live on FloBowling.com.

One of the biggest stories - maybe the biggest - of the century so far in bowling has been the rise and adaptation of the two-handed approach.

Note the careful wording there -- the two-handed “approach” not the two-handed “delivery.” There's a common misconception that two-handed bowlers actually use their second hand to deliver additional rotation on the ball.

As it turns out, that's really not the case at all and slow motion videos and pictures of two-handers prove it pretty easily.

Osku Palermaa and Jason Belmonte traveled the world for years using their style without much admonishment from bowling purists. It really wasn't until they got to the PBA Tour when the criticism started.

But once Belmonte won his first PBA Tour title in 2009 the train had left the station and two-handed bowling was here to stay. Today, there are many two-handers on tour and upwards of 20 percent of youth bowlers use the style, a number that's constantly increasing.

Critics often say players who use the two-handed style are cheating because they are able to generate too much power from their second hand rotating the ball.

In reality, that's not the case at all. If you watch almost every two-handed bowler (there are very few exceptions like the unique basketball-pass style of Tim Cagle), they use the second hand mostly for positioning their body.

Once the ball gets to the release point, the second hand is nowhere near the ball and they are able to rotate the ball freely with one hand.

By utilizing the second hand in that body position, two-handers are able to get themselves into a spot where they can get under the ball better to rotate it faster. Renowned coach Mark Baker explains this better in his recent Breakdown With Bakes as he dissects Belmonte's game.

Although some may not like the two-handed style, there's nothing illegal about it and it's here to stay.

In order for everyone to enjoy the bowling experience, it's common courtesy to follow a few simple guidelines. Here are some of the unwritten rules of bowling etiquette.

2. Keep nasty language and outbursts in your head. Nobody wants to hear it.

3. Keep any food or drinks away from the lanes. Spilling anything can damage the equipment and is dangerous for others.

4. Be ready to take your turn...don't make everyone wait.

5. Don't step over the foul line...it's against the rules and can result in you tracking oil all over the approach.

6. Don't use someone else's ball unless given permission.

7. Yield to the bowler to your right if you're both up at the same time.

8. Stand off the approach and out of the line of sight of the other bowler until that bowler finishes.

9. Do not intrude on the adjacent lanes in any way.....that includes throwing your ball onto the wrong lane, standing or playing on another lane's approach, or doing anything that infringes on the adjacent bowlers' lane.

Mike Luongo is a Certified IBPSIA Pro Shop Operator, Master Instructor, USBC Silver Level Coach and an Advisor-Speail Events Assistant with the Storm and Roto Grip Bowling Ball Company. Have a question, email him at mikel@stormbowling.com

No scores from the Fox Bowling Center as they were closed for a week.

Ed Townsend is a Public Relations Consultant to the Sport of Bowling and brings over 60-years of sports journalism experience in writing and compiling the information for this column. If you have league or tournament information, bowl a 300 game or 800 series, let Ed know at 845-439-8177, email to bght75@gmail.com or fax to 845-205-4474. View this column and Ed's Photos at http://bght.blogspot.com We are also on Facebook and Twitter.