Peggy Lee Galligan (née Finkle) of Cochecton and lifelong resident of Sullivan County, passed away unexpectedly on Monday, March 23, 2020 at the age of 46.

Peg is survived by her husband Edward … 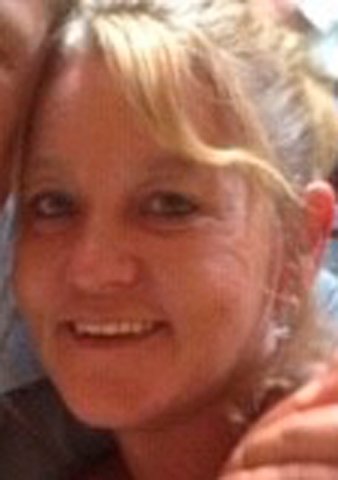 Peggy Lee Galligan (née Finkle) of Cochecton and lifelong resident of Sullivan County, passed away unexpectedly on Monday, March 23, 2020 at the age of 46.

Peg was born on December 13, 1973 in Liberty, NY to Crystal Finkle (née Phelps) and the late Melvin Finkle. Peg graduated from Livingston Manor High School and was known as someone who was very capable and reliable in her work as a dispatcher and bookkeeper for AMI, Inc. and at Ultra Power. On October 26, 1996 Peg married Ed, her high school sweetheart. Peg and Ed had two children, Alexa and Dylan, who were the light of Peg's life. Over the past few years, Peg elected to focus her efforts on her family and spent much of her time showering her only grandchild, Mason, with love and attention. Peg had an infectious laugh and an uncanny ability to reach people in a deep and positive way. Her loss is felt by so many who she provided with support and love, including those who affectionately regarded her as an honorary “sister” or “aunt”.

Peg was an animal lover who could not resist bringing home animals in need of care that she found out and about on her various adventures. Memorial contributions in Peg's honor can be made to the Sullivan County SPCA at 104 Rock Hill Drive, Rock Hill, NY 12775.

In addition, the family hopes that all those who knew Peg or even those that did not will honor her memory by reaching out to their loved ones and people in the community who are lonely right now. Peg would be happy to know that a chain of love and support came out of her departure from this world into heaven.

Services will be private. Arrangements are under the direction of the VanInwegen-Kenny, Inc. Funeral Home of Monticello NY; for additional information or to send an online condolence, please visit www.kennyfuneralhome.com.