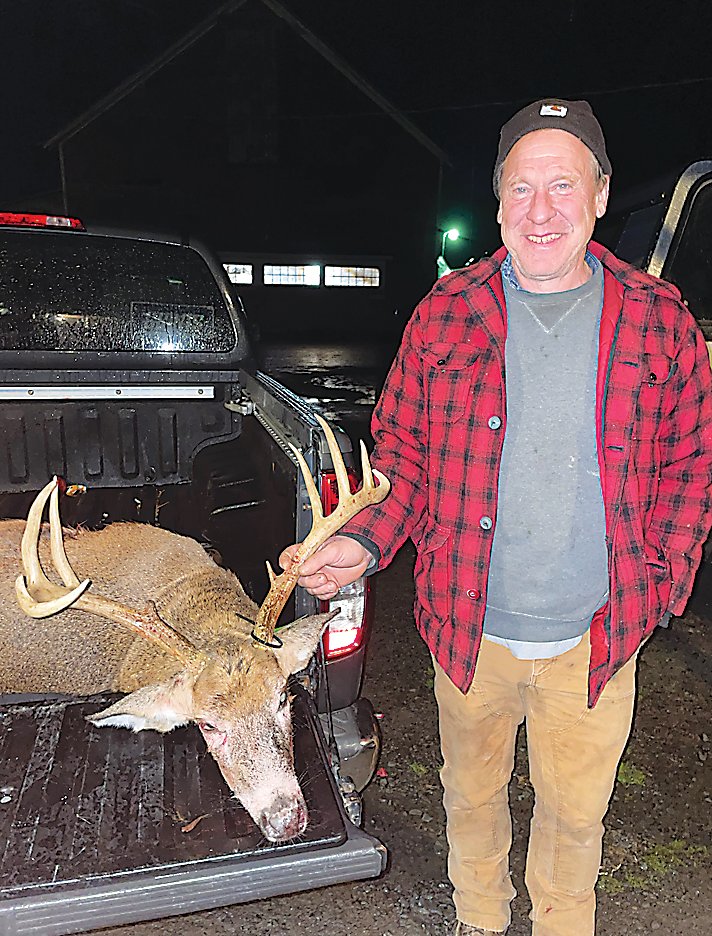 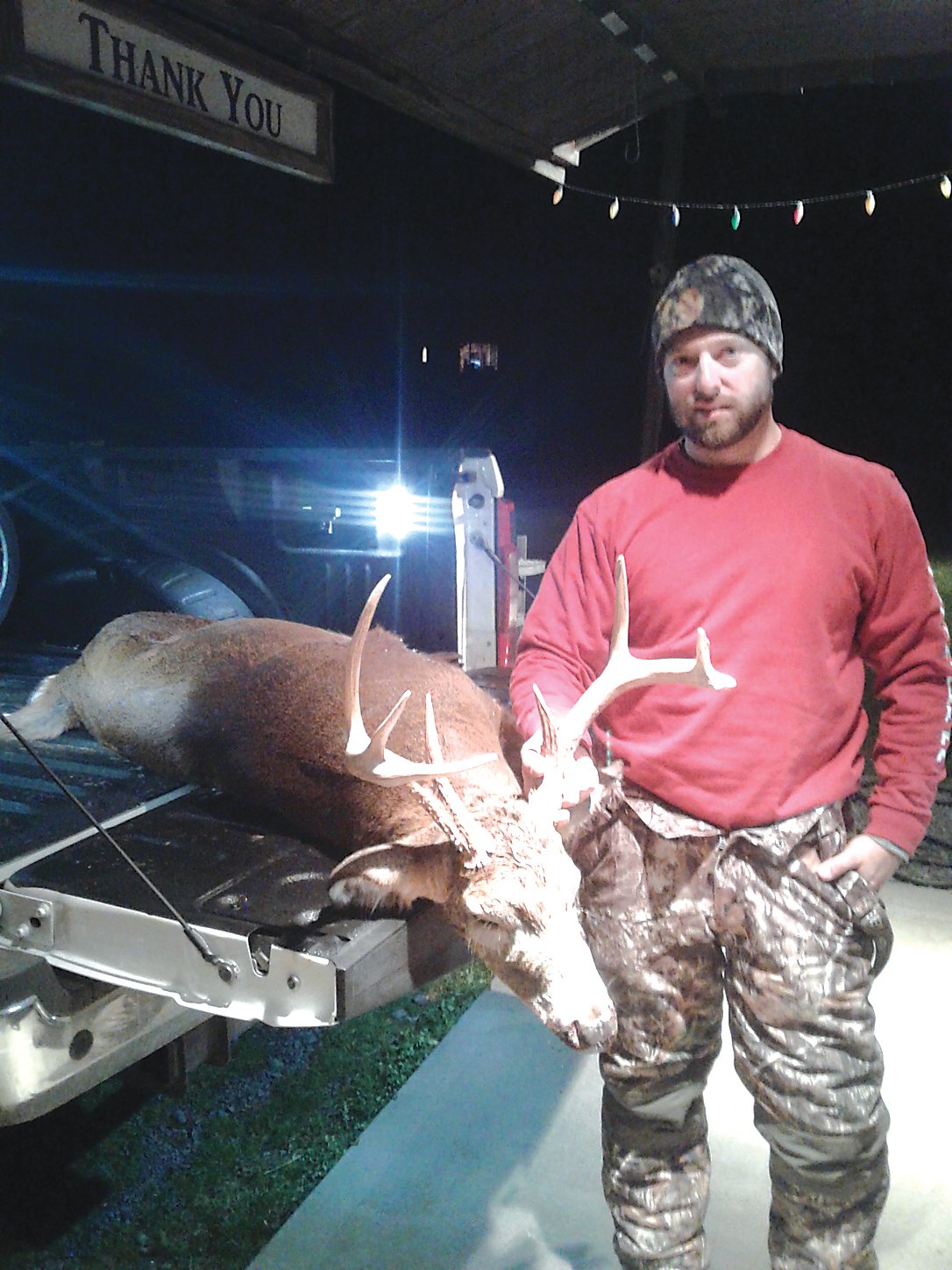 Terry Davis took a buck that weighed 141 pounds in the Town of Delaware. The 8-pointer scored a 68.
Sportsmans Den | Democrat 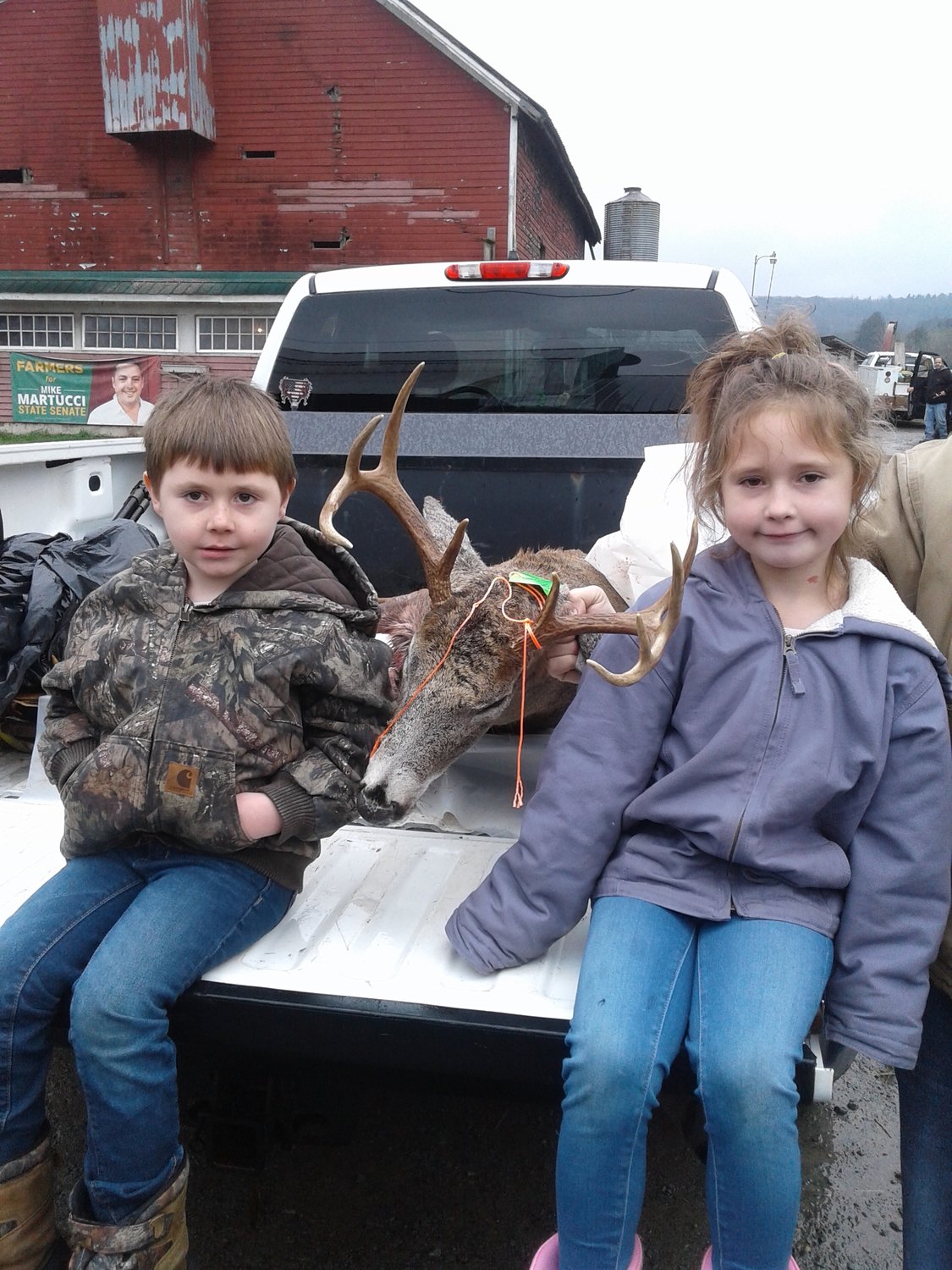 Steven Carpenter took a 9-pointer on December 5. The buck scored a 56.5 and had 15 3/4 inch left and right beams. Photographed with the buck are Bryce, left, and Peyton Carpenter.
Sportsmans Den | Democrat 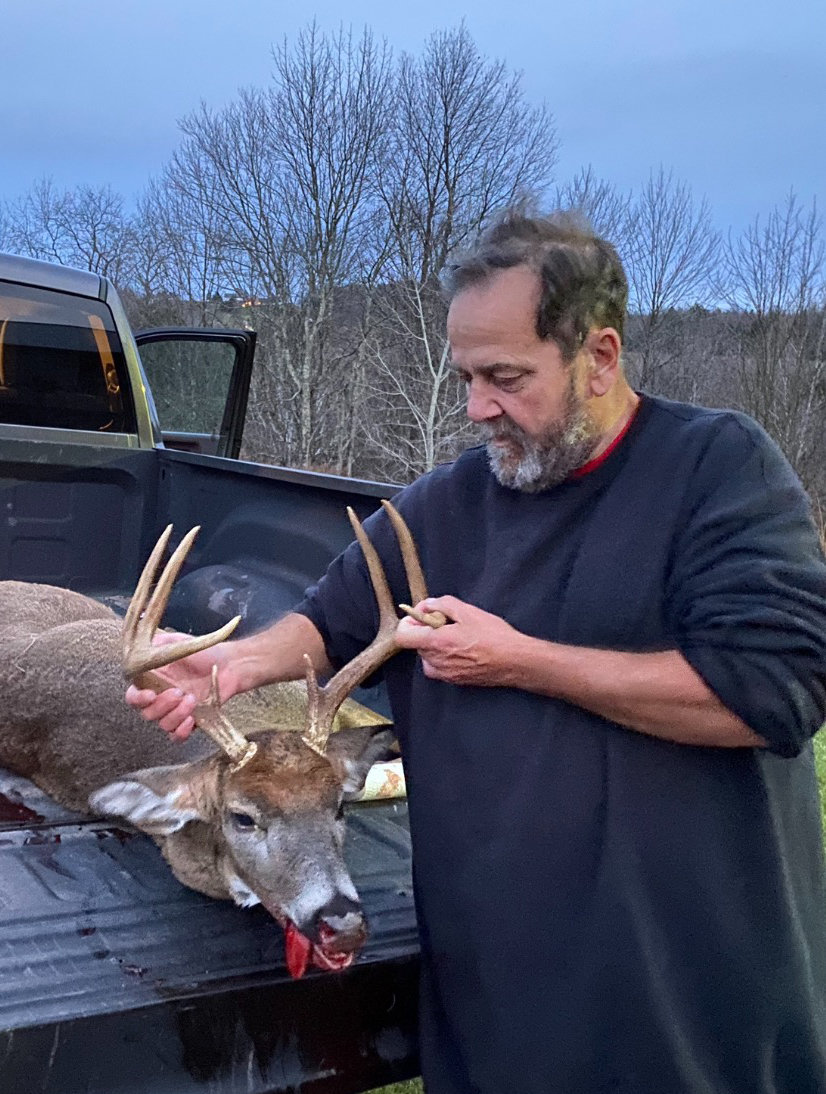 Jerry Kraft harvested a 135-pound buck on November 20 in the Town of Delaware. The 8-pointer scored a 62.25.
Sportsmans Den | Democrat 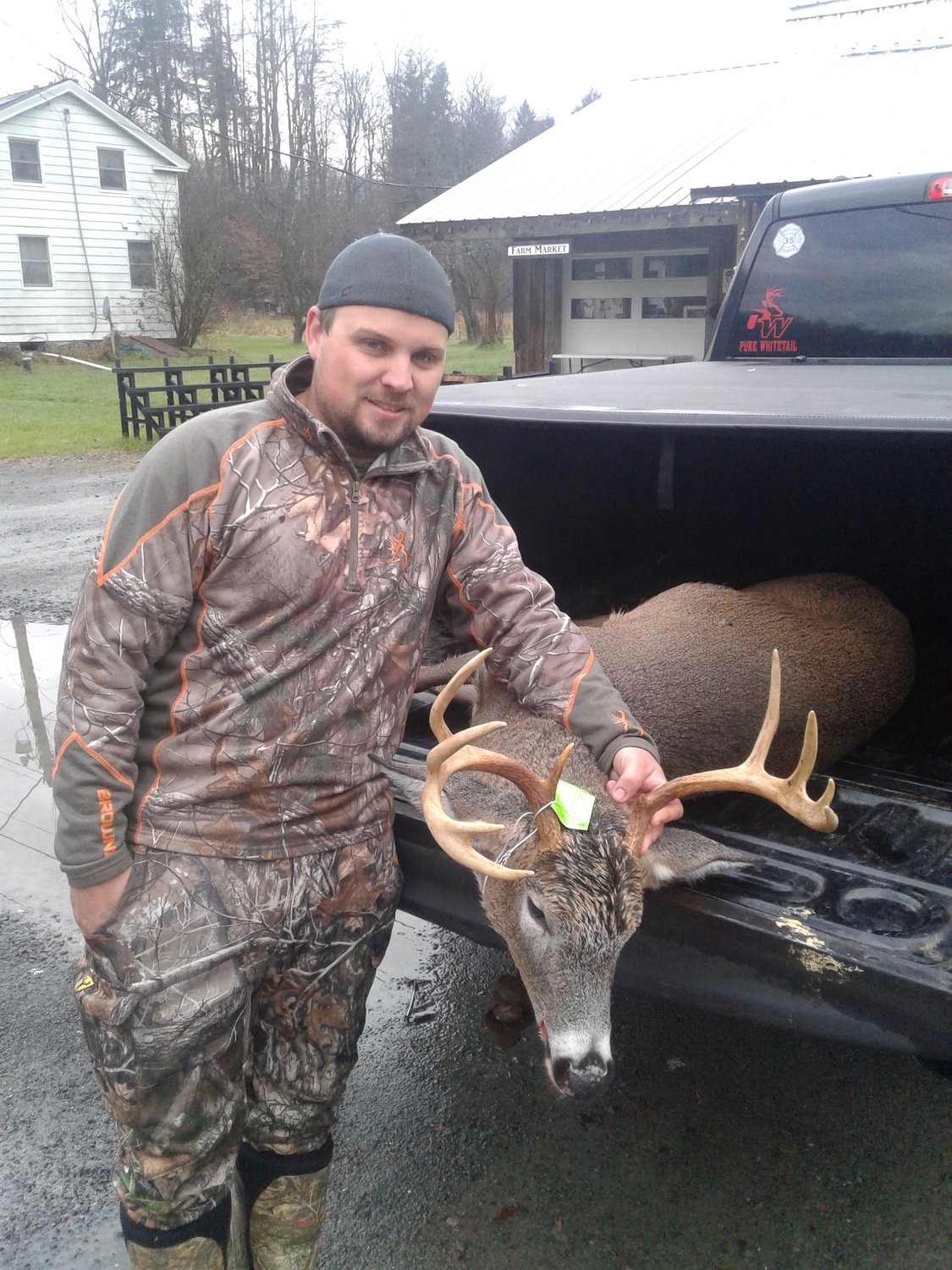 Jeremy Cunningham took a 9-pointer in the Town of Bethel on November 22. The buck scored a 63.75.
Sportsmans Den | Democrat 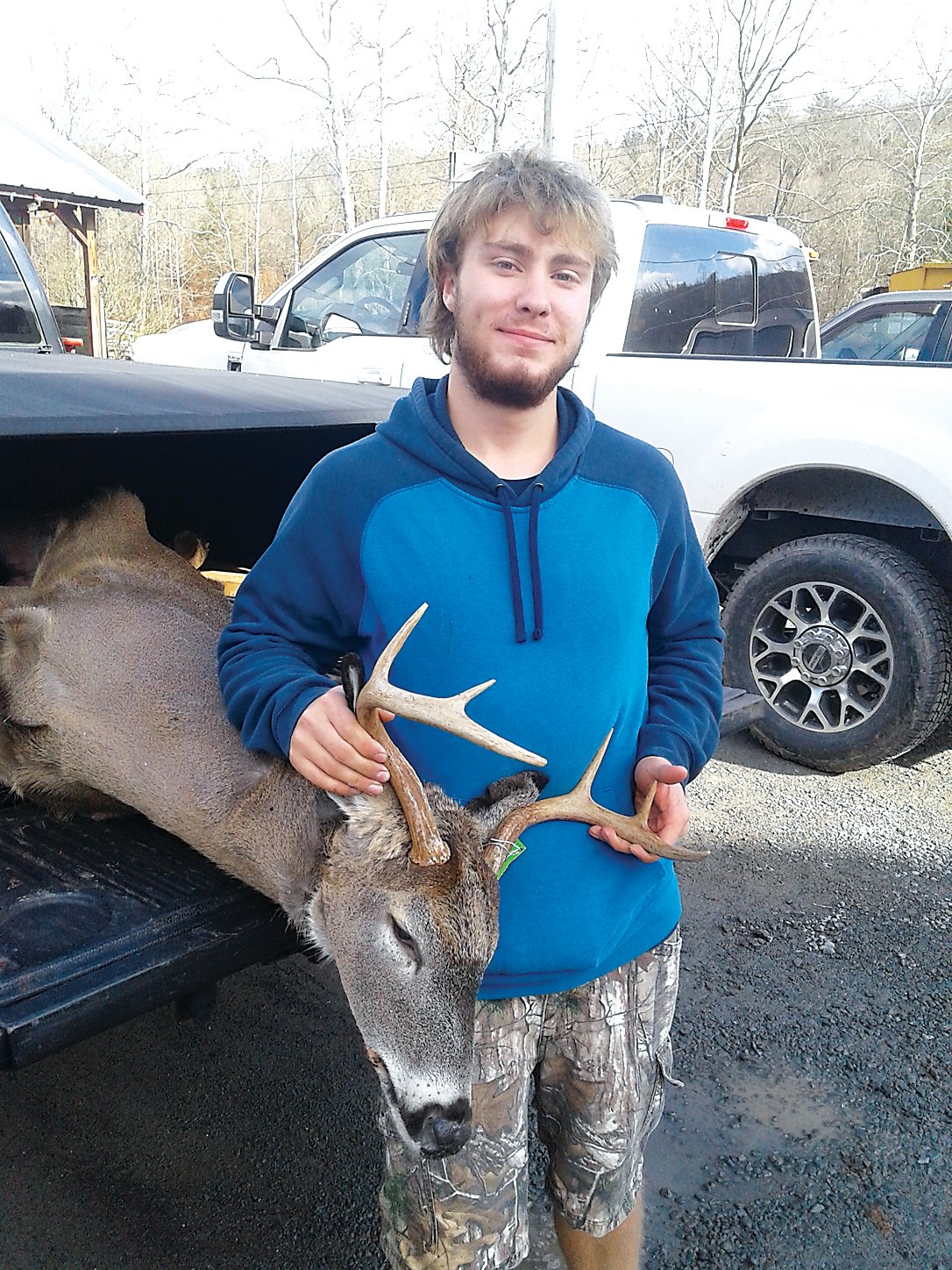 Jarod Hellerer took a 6-pointer in the Town of Liberty. The buck scored a 59 and weighed 133 pounds.
Sportsmans Den | Democrat 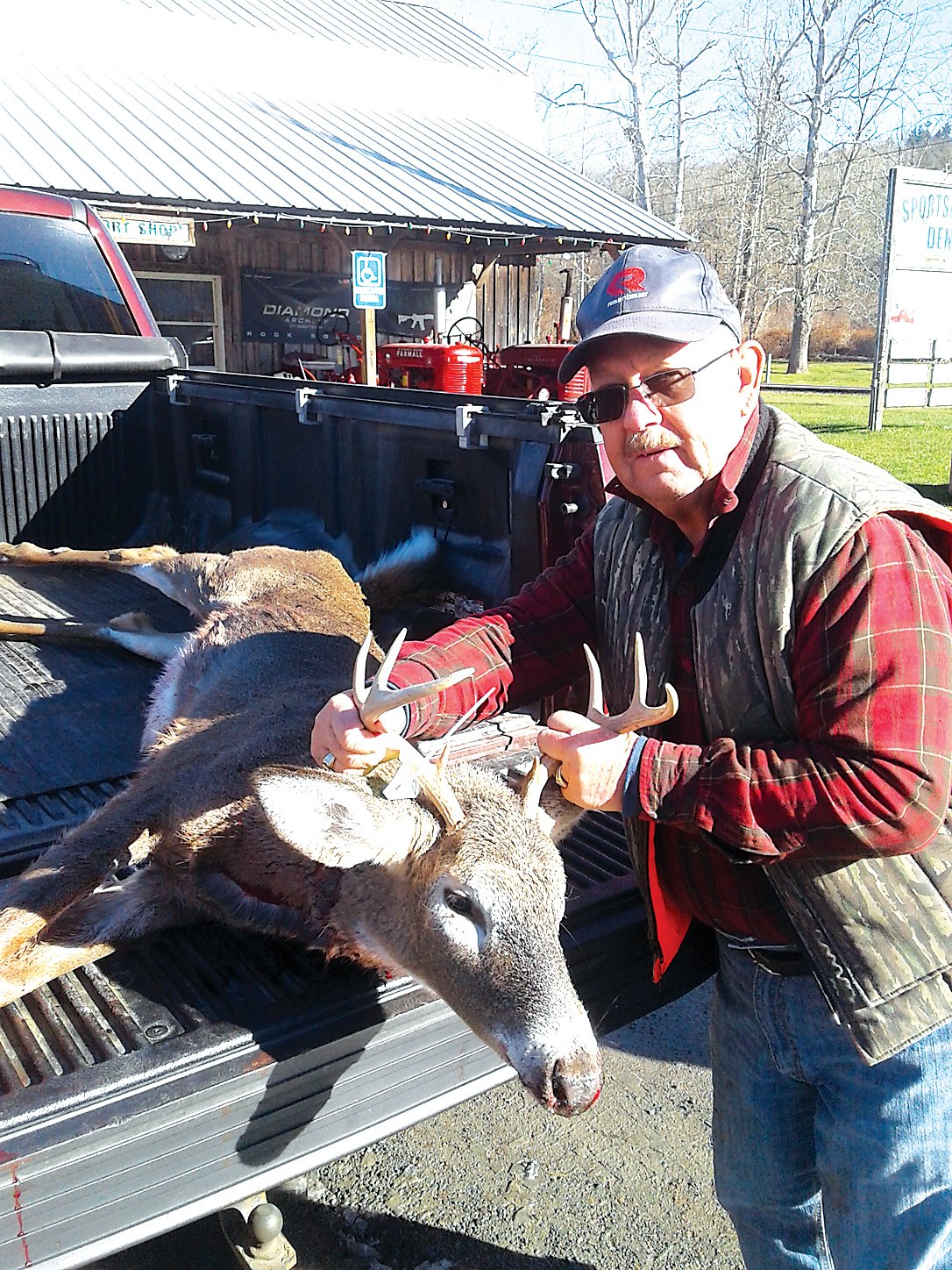 Harry Edwards harvested an 8-pointer in the Town of Neversink. Weighing in at 114 pounds, the buck scored a 47.75.
Sportsmans Den | Democrat 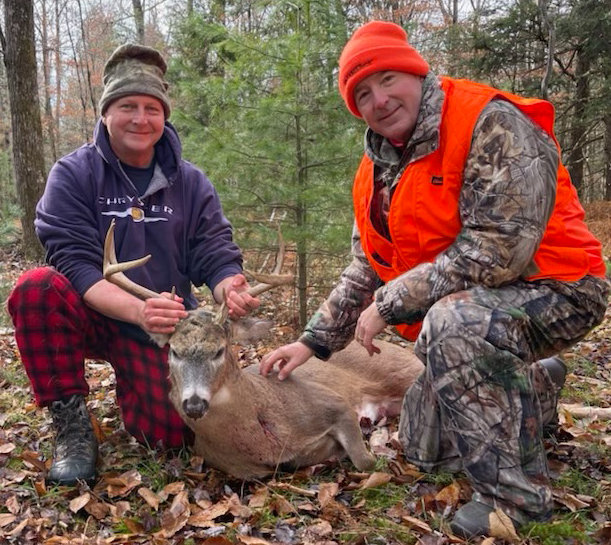 Glen Akerley, right, was hunting in the 3H zone in Fallsburg when he harvested an 8-pointer. The buck scored a 65.5 and had 19.25 inch beams and a 19 in outside spread.
Dip King | Democrat 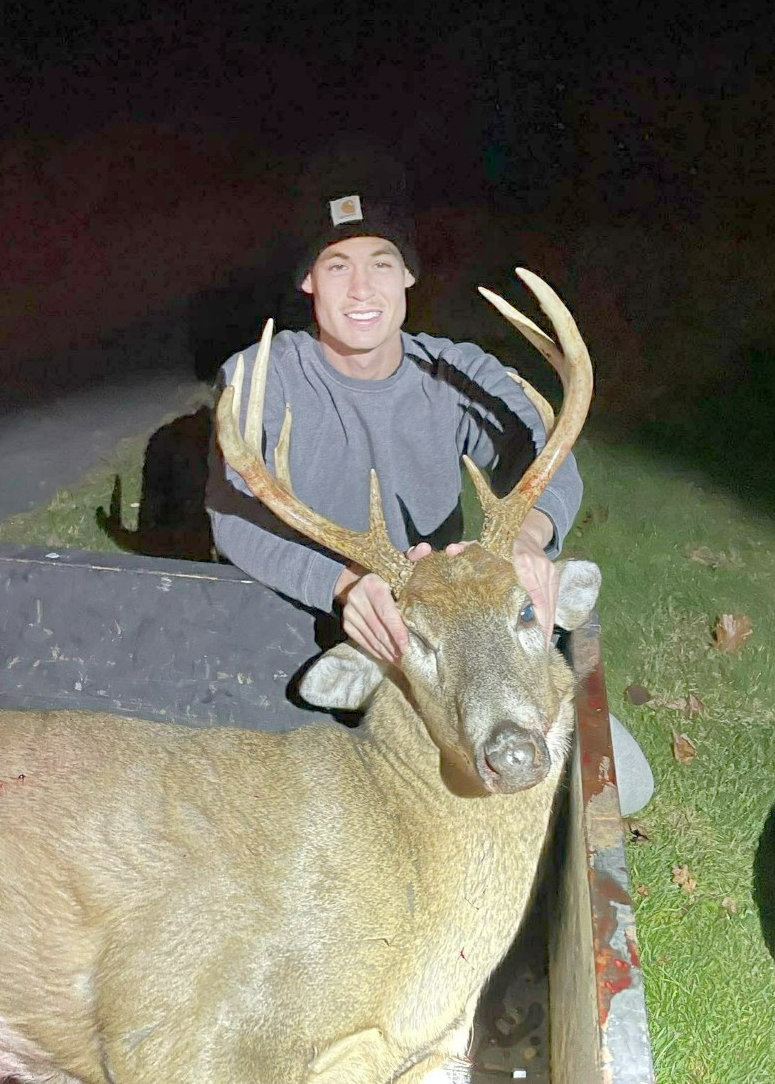 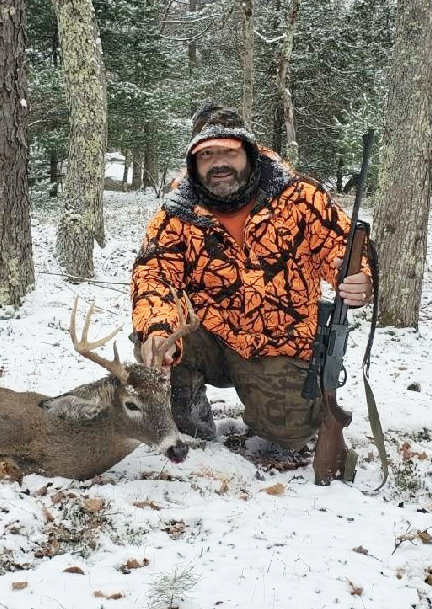 Gary will not only win a free mount, courtesy of Rod’s Taxidermy in Callicoon, but a $150 first place check courtesy of the Dem­ocrat and FOSCOSC.

Gary shot his 10-point buck in the Town of Fremont during the early part of the season, which scored an impressive 78.

He held on all season to win the 1st place trophy by 1/4-inch over Corey VanKeuren, whose 7-pointer scored 77.75.

VanKeuren will win a $75 check, courtesy of the Democrat and FOSCOSC.

Third place went to Shawn Galligan Sr. of Cuddebackville, who bagged a beautiful 11-pointer that scored 77.50, good for third place.

All weights were field dressed.

The top three heavy deer winners will win $100, $75, and $50 respectively from the Democrat and FOSCOSC.