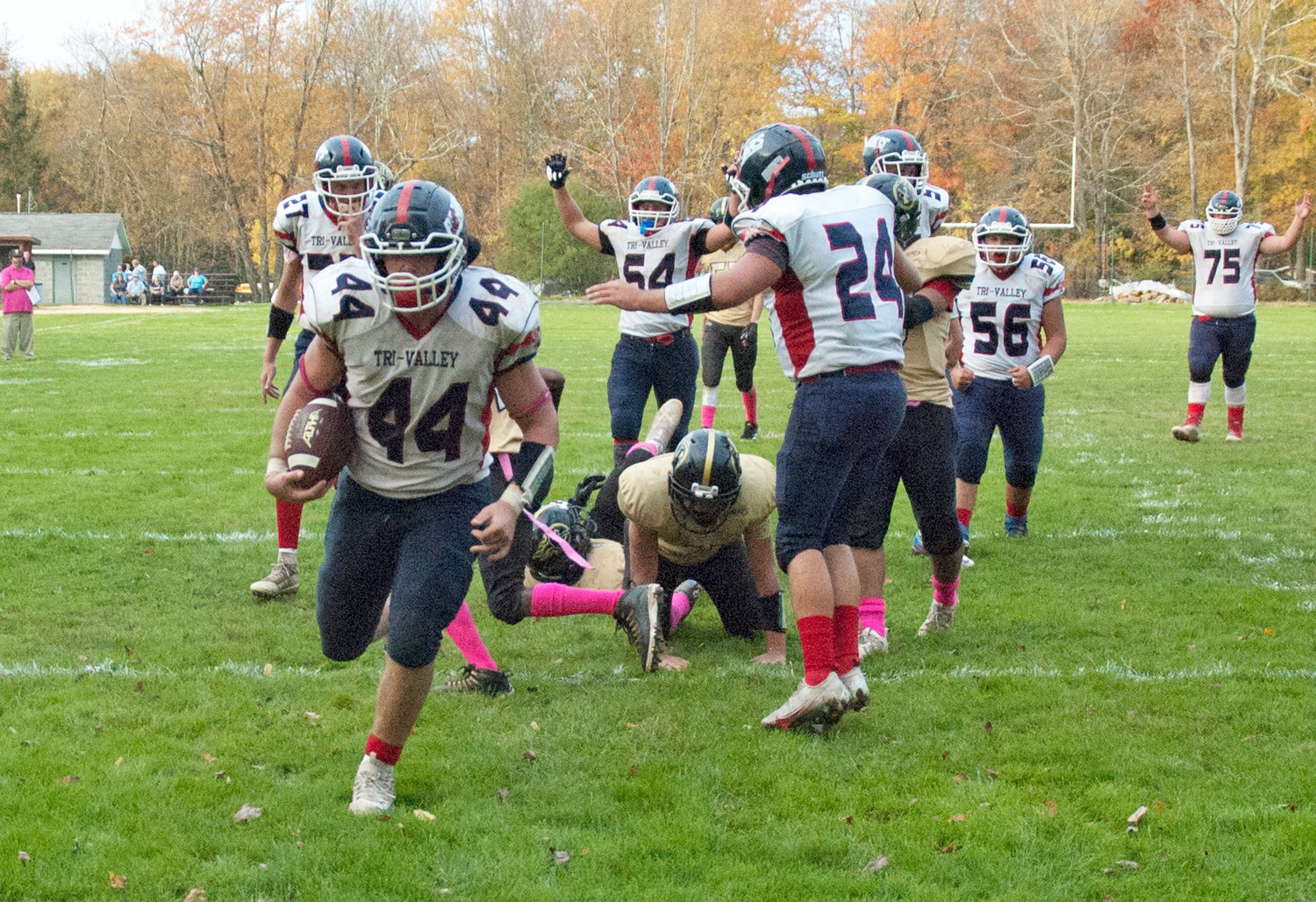 Dylan Poley barrels into the endzone for a touchdown against Fallsburg.
Anthony Morgano | Democrat 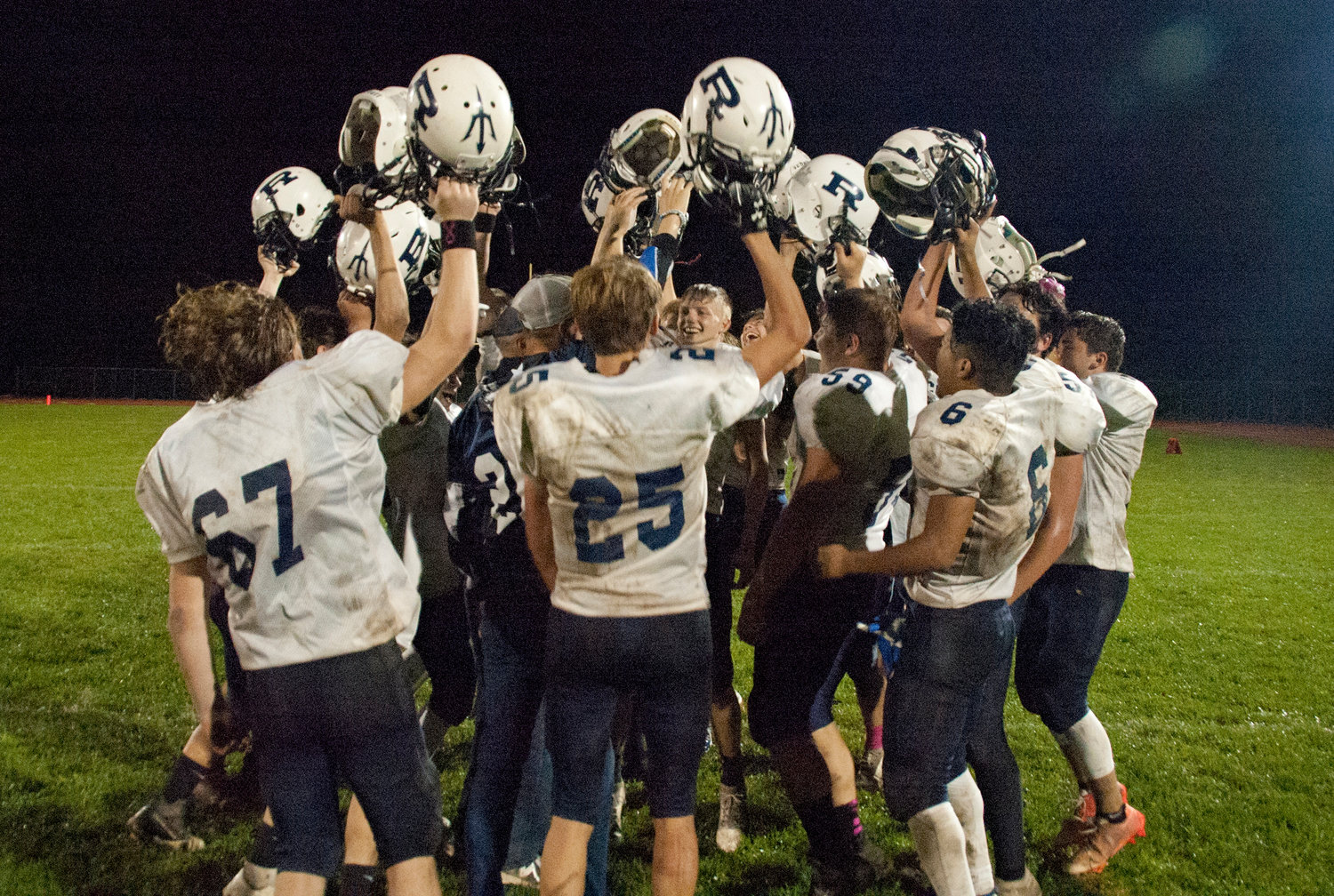 The Blue Devils will host the Bulldogs on Saturday for a matchup between two playoff hopefuls.
Anthony Morgano | Democrat
Previous Next
Posted Friday, October 22, 2021 6:40 am
Anthony Morgano

Ellenville has done a tremendous job over the past three games, each of which was against a league opponent. Their recent victory over Sullivan West puts them at 3-1 in the division, and rocketed them into second place. Fallsburg is sitting at 1-3 in the division after a loss to Tri-Valley last week, but the young team is still growing and competing in every game that they play.

Liberty is still looking for their first win of the season, and they will be on the road this week as they take on Rondout Valley for a divisional matchup. Rondout Valley is the only other team without a division win, so the two teams will be battling to get out of last place.

Tri-Valley earned their first league victory last week with a 28-14 effort over Fallsburg, while Eldred fell 26-0 to Roscoe. Although the Bears moved into 4th place in the division with the victory, they will most likely miss the playoffs this year. The Yellowjackets are another tough young team that is growing and gaining valuable game experience with each matchup. This should be a good matchup for both teams as they look to end their regular seasons on a positive note.

This is it. The matchup that has been looming since the beginning of division matchups started. The Sullivan West Bulldogs have been an unbeatable force all season long, until Ellenville was able to finally hand the Bulldogs a loss last week in their 36-28 game. Sullivan West found themselves down by 28 at the half, but dug themselves completely out, tying the game at 28 before ultimately giving up a late touchdown.

This week, they will be on the road again, facing the only team in the league to defeat Ellenville this season. The Blue Devils are in first place right now with a 4-0 league record, but with the Bulldogs coming to town that can change quickly, as these two teams that have been atop the division all year will finally square off to close out the regular season. It is quite possible that a playoff rematch between these two teams is in the near future, but for both teams, this game will likely be treated as a playoff game itself.

Goshen is hosting Monticello Saturday night and features another chance for the Panthers to earn their first win of the year. After they get past Goshen, Monticello and Liberty will clash next weekend, but both of the 11-man teams are looking to get a win this week before their matchup.