SULLIVAN COUNTY — As a County that relies heavily on property and sales tax revenues, while being tasked with keeping annual budgets within the State’s mandatory two percent tax cap, … 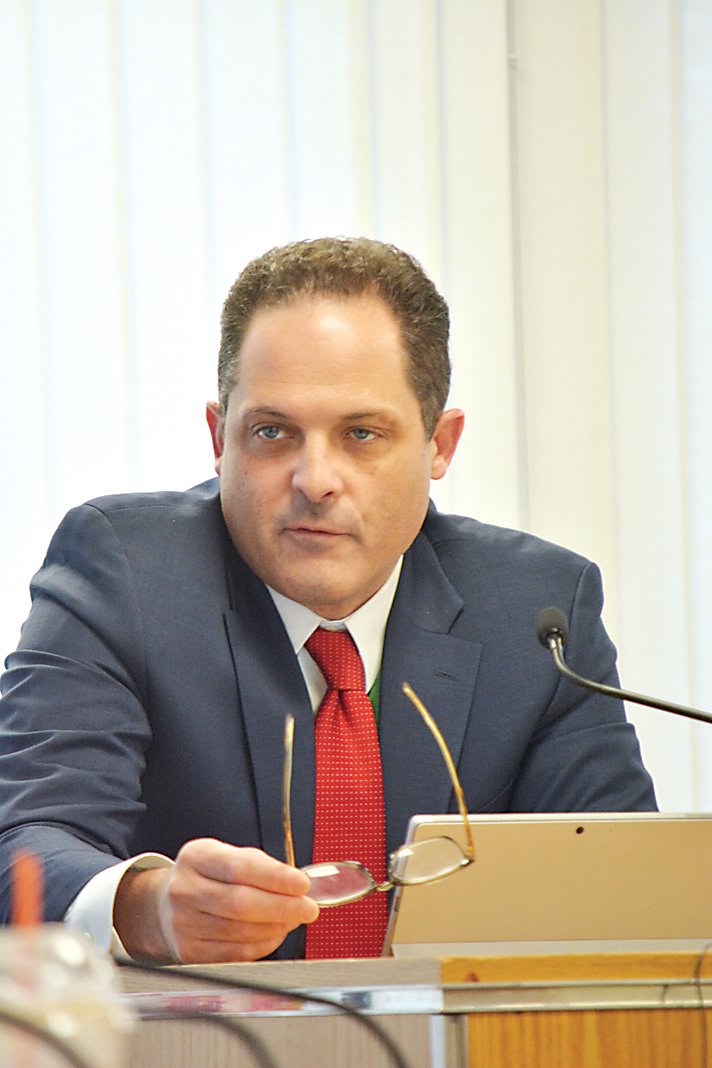 SULLIVAN COUNTY — As a County that relies heavily on property and sales tax revenues, while being tasked with keeping annual budgets within the State’s mandatory two percent tax cap, negotiating union contracts that are four-to-five years out can be challenging, especially when coupled with any unpredictable economic uncertainties.

County Manager Josh Potosek recently sat down with local media to give an update on negotiations.

County employees typically belong to one of six unions –– Laborers Local 15 (LIU), NYS Nurses Association, Teamsters Local 445 (Probation Unit), CSEA Local 853, Teamsters Local 445 (Main Unit) and the Sheriff’s PBA. The first two mentioned have new contracts in place, while the probation unit of Local 445 is close to a memorandum of agreement (MOA). Negotiations with the main unit of Local 445, Sheriff’s PBA and CSEA are ongoing.

Potosek explained that the Legislature, from an equity perspective, typically likes to offer the unions something similar.

There are, however, exceptions to the rule, such as the probation department a few years ago. With salaries lagging behind the State and Orange County, the County couldn’t fill positions.

“We had to give them more money from a recruitment perspective than [what] everyone else was getting,” said Potosek. “But typically, other than that, we try to keep them roughly the same.”

For example, the LIU are covered under the New York State Health Insurance Program (NYSHIP), which has two plans, the Empire and Excelsior, with family plans, according to Potosek, costing approximately $33,000 and $21,000 respectively. All new County union employees have already been going into the cheaper Excelsior plan, which Potosek said sees no network/doctor differences, but when using services, will cost them a “little bit more money” out of pocket.

LIU ultimately chose to switch all their County employees on the Empire plan to Excelsior. Since they were saving the County roughly $12,000 per plan, they received a one-time four percent raise in 2022, along with 2.5 percent annual raises and a Health Reimbursement Account (HRA) funded by the County at $2,000 rising to $2,500 a year in 2024.

“It was kind of a win-win,” said Potosek. “The county is saving some money and we basically gave half of the savings back [to the] LIU in terms of wages and the HRA.”

The Nurses Association, whose members are not covered under NYSHIP, chose to keep their current health plan and are receiving two percent annual raises.

Potosek explained that the County’s tax levy could support two percent raises for their employees annually, but that would mean no money to cover health insurance increases, pensions, etc.

Potosek explained that healthcare has become so costly for the County that it often crowds out spending in other places in the union contract.

“Almost in every title, no matter what you’re looking at, whether it’s healthcare, entry-level positions, CDL drivers, it’s very difficult to find people that are qualified, that want to work,” said Potosek.

Similar to what they did with probation in the past, the County, in dire need of mental health clinicians, raised salaries so that they could attract more candidates.

“We do that in unique areas,” said Potosek. “If we have areas [where] there’s no turnover, it may not be as big of an issue … they can get normal salary increases, but we have to plow money over here, because you can’t find anybody … that’s a hard part of this. It’s kind of this dual role of operations, but with responsibility to the taxpayer at the same time to make sure you’re investing money where it’s absolutely needed to attract and retain.”

Teamsters Local 445 Probation Unit’s contract offer, according to Potosek, is comparable to the LIUs.

With an MOA in development, negotiations are further along than their Main Unit counterparts, several of whom attended last month’s full board meeting of the County Legislature, expressing frustration with offers presented at that point.

Teamsters Local 445 Business Agent Tom O’Connell said several months ago the County spent, “$1,321,489 for 35 positions that were either created or given raises,” all of which were, “above the two percent currently being offered” to their members who have been working without a current contract for the past two and a half years. There was also some pushback against a switch from the Empire Plan.

Potosek noted the challenge of working out an acceptable deal for a huge group like the Main Unit of Local 445, who due to their scope and size, represent a wide variety of employees, including 911 dispatchers, CNAs, IT employees, etc.

“So if you have an immediate issue, it sometimes has to be done outside of negotiations,” said Potosek. “As an employer, we can’t wait a year and not have mental health clinicians. We just have to do it."