THOMPSON — With over 100 people on the Zoom video app, a special meeting of the Thompson Planning Board was held on January 19, to hear a presentation and public comments on the Avon Commercial … 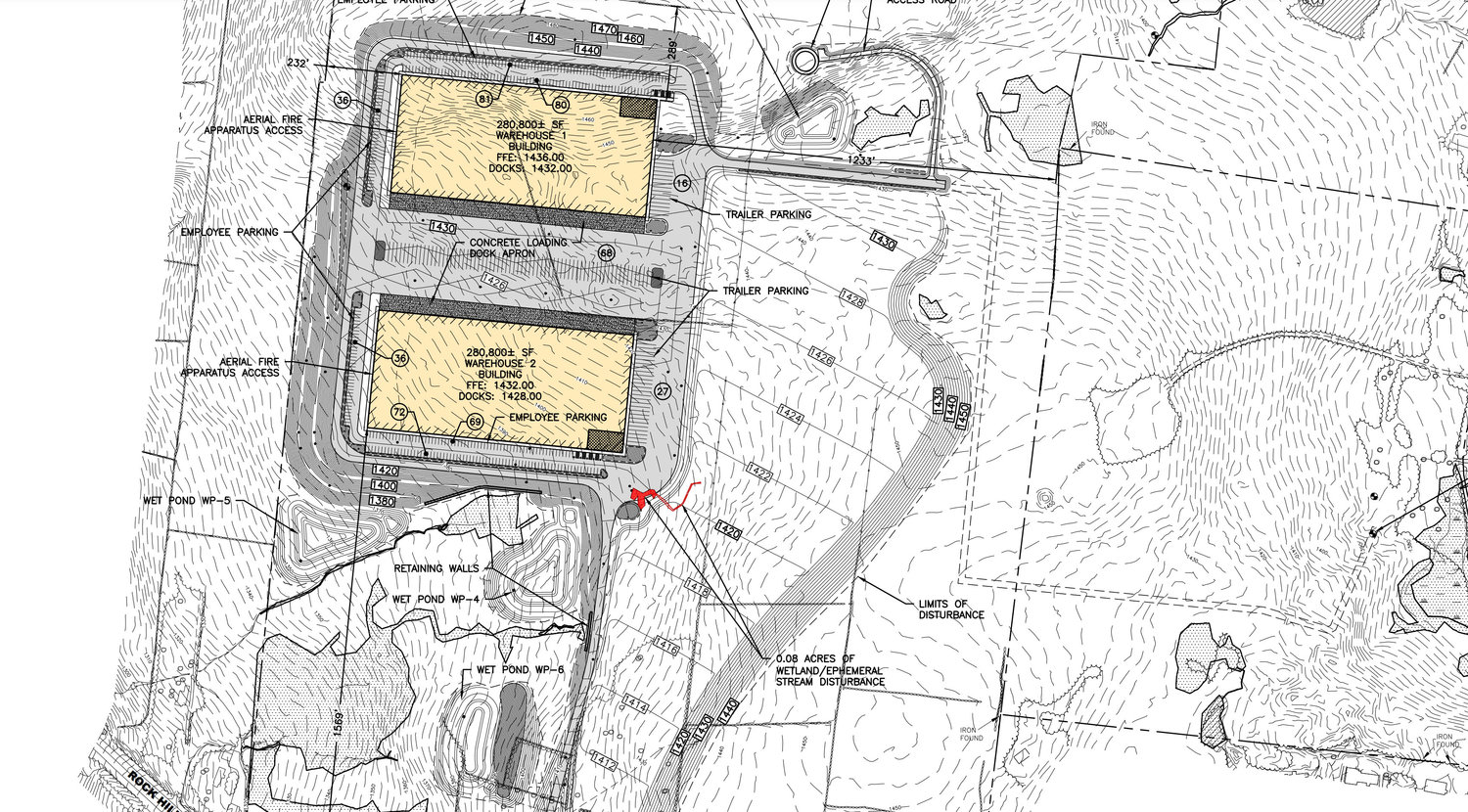 THOMPSON — With over 100 people on the Zoom video app, a special meeting of the Thompson Planning Board was held on January 19, to hear a presentation and public comments on the Avon Commercial Park currently proposed in Rock Hill.

The developer, Glen Wild Land Co. LLC, wanted to build a 2 million square foot warehouse space in a previous iteration but is now only proposing to build 560,000 square feet of warehouse space in two buildings on the dead-end road of Rock Hill Drive.

According to a technical memorandum submitted to the Thompson Planning Board, the site will also include 111 parking trailer spaces and up to 445 additional parking spaces for employees and visitors.

The memo also states that an impact to the wildlife will be “minimal” as they plan to clear close to 90 acres of land that will include 0.05 acres of wetlands during construction that could take up to a year to complete.

According to the applicant’s website, Avon Road Partners, the location is listed as Rock Hill Logistics Center and will include e-commerce warehouse space.

The website listing for new projects states that the Rock Hill Logistics Center is expected to commence construction in the summer of 2022.

County Review
The Sullivan County Division of Planning and Community Development said its review of the site plan, dated January 19, was incomplete.

Considering that Sullivan County has one of the poorest health rankings in all of New York State and “is struggling to improve,” the county suggested the new development be more proactive to the health and wellness of the community and employees.

They recommended that the warehouse be connected to the hamlet center of Rock Hill with sidewalks or bike lanes to make it easier for employees to walk into town instead of driving.
Also, the sidewalks will provide access to public transportation and can be incorporated into the Move Sullivan bus route, according to the county’s review.

The county also suggested that the applicant prioritize access to nature by providing walking paths and trails for the employees to utilize during work for walks before or after hours or on a break.

Residents express thoughts
Many who spoke at the Thompson Planning Board Meeting said the large e-commerce warehouse in Rock Hill would disturb the small hamlet.

Chet Smith, whose property borders the proposed warehouse project said, “this industrial development will mean the end of the Rock Hill resort community.”

Smith said that Rock Hill Drive, where the warehouse will be located, is already inundated with tractor-trailers who service and park illegally in front of the Deb-El Egg distribution center.
With the warehouse, Smith said more trucks and employee cars will flood Rock Hill.

He added, “The untold number of personal vehicle trips will further disrupt existing residences and businesses in the area on a daily basis.”

The Assistant Chief for the Rock Hill Fire Department, Brian Soller, said that an emergency access road that was included in previous site plans seemed to be revoked in the new site plan and said that the road would be absolutely necessary if the project goes forward.

Soller went on to say that traffic in Rock Hill will be significantly affected by trailers, truckers and other vehicles that will be using the site in Rock Hill.

Soller said the intersection at Katrina Falls and Rock Hill Drive is not meant for truck traffic and the site has already seen significant accidents. With the increased traffic, it could potentially delay first responders, Soller said.

The Thompson Planning Board ended the meeting by saying the public comment part of the public hearing will continue through letters and email, but the in-person portion has ended, and the project will appear in a future planning board agenda.