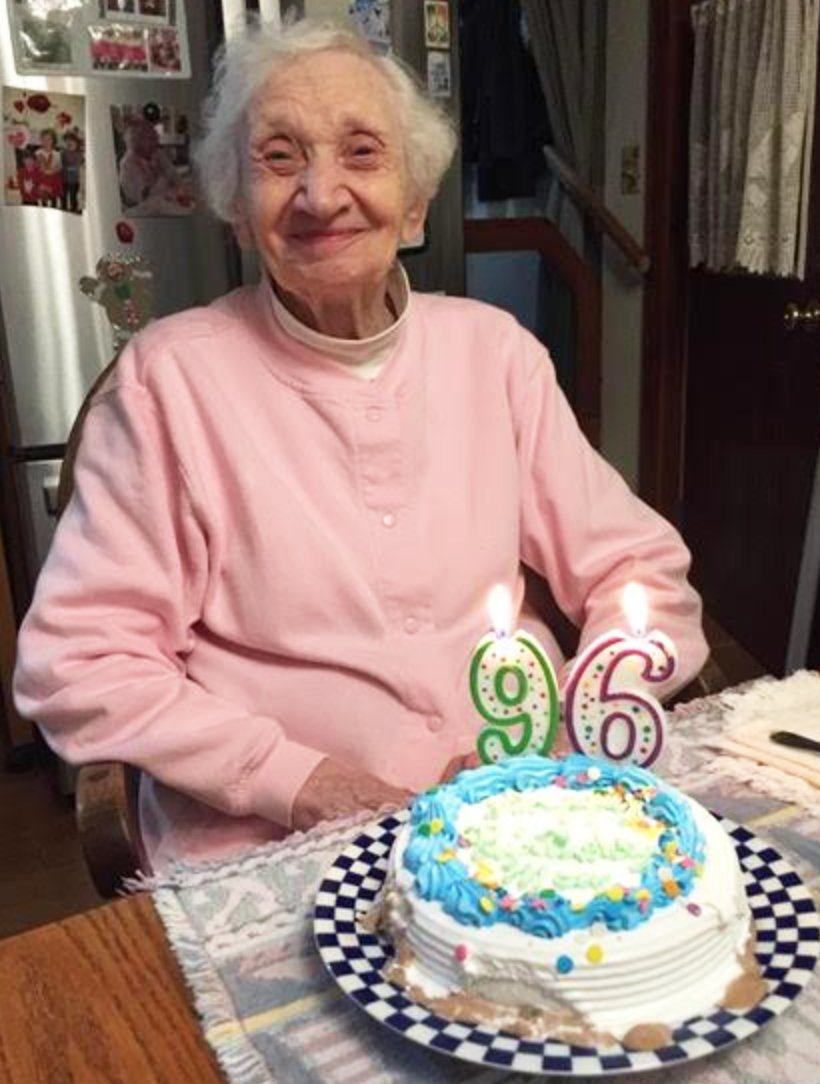 On December 30, 2021, our dear mother, sister, grandmother and great-grandmother, Rae “Pinky” Gottlieb Katz, age 96, formerly of New Windsor, NY, passed away peacefully at home. She spent the final chapter of her long commendable life under the loving care of her daughter and son-in-law, Debra and Michael Mack, in Burlington Flats, NY.

Rae, who was best known as Pinky, was born on June 8, 1925 to William F. Gottlieb and Mollie Gottlieb in Youngsville, NY, and was the second to the youngest of 8 children. She spoke most highly of her parents and siblings and of growing up on the farm in their very close-knit family. She graduated in 1943 from Youngsville Central School, the first Centralized School in New York State. After high school, she worked in New York City and Washington DC, primarily for the war effort at that time. She told many interesting stories from this period of her life.

At the young age of 22, while working at Grossinger’s Hotel in Liberty, NY, she met Seymour “Cy” Katz, whom she married in 1947. They shared a love of flying, owned their own airplane and enjoyed participating in fly-ins early on in their marriage, until they settled down and started a family. In 1951, they relocated to Newburgh NY, and then to New Windsor where they lived and raised their four children. Pinky and Cy were active in their neighborhood of young mothers and fathers and had many good friends throughout the years with whom Pinky enjoyed keeping in touch.

Around 1966, when the youngest children were in grade school, Pinky began working in a variety of office positions. One of her more memorable positions was as an Administrative Assistant to the Curator of the Storm King Art Center, where she worked for 6 years. She enjoyed being surrounded by the beautiful art and immaculate gardens. She also met and developed friendships with some of the artists she admired during that time. Following that, she became the Administrative Assistant to the President of Mount Saint Mary’s College in Newburgh, NY. She loved this job as well and thrived on doing an exceptional job with her amazing attention to detail. Throughout her employment at the College, she enrolled in various courses and was a hard-working student, sometimes staying up into the wee hours of the morning to finish her homework and write papers.

Along with her love of art, Pinky appreciated music and pursued this by learning to play the piano, starting lessons in adulthood. This passion for the piano continued well into her later years.

All throughout her life, Pinky was devoted to her faith and was an active member of the Congregation Agudas Israel in Newburgh, NY. She was also an active member of the Daughters of Agudas Israel and was honored as Mother of the Year. As well, Pinky was a Lifetime Member of Hadassah. While working, taking care of her family, as well as her religious obligations, she always found time to help those who were underserved by doing shopping and delivering groceries and taking the time to listen to those less fortunate.

A graveside memorial service will be held at 2:00 p.m. on January 4, 2022, at the Jeffersonville Hebrew Cemetery (Ahavath Sholom), Route 52, Youngsville, NY with Rabbi Lawrence Zierler officiating.

In lieu of flowers, the family requests that donations be made in Pinky’s memory to Hadassah, https://www.hadassah.org/donate; Helios Care (Catskill Area Hospice), https://helioscare.org/donate; or to a charity of your choice.