The Federation of Sportsmen’s Clubs of Sullivan County, in conjunction with the Ten Mile River Boy Scout Camps and the Sullivan County Democrat, hosted the 15th annual Ted Boniface Family … 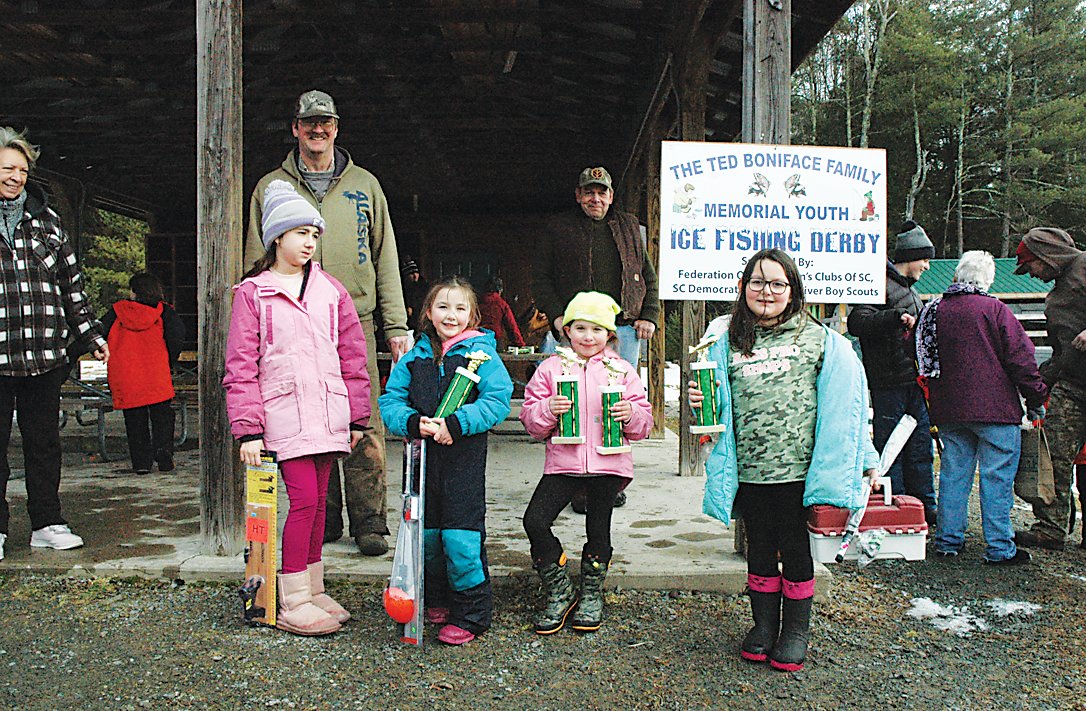 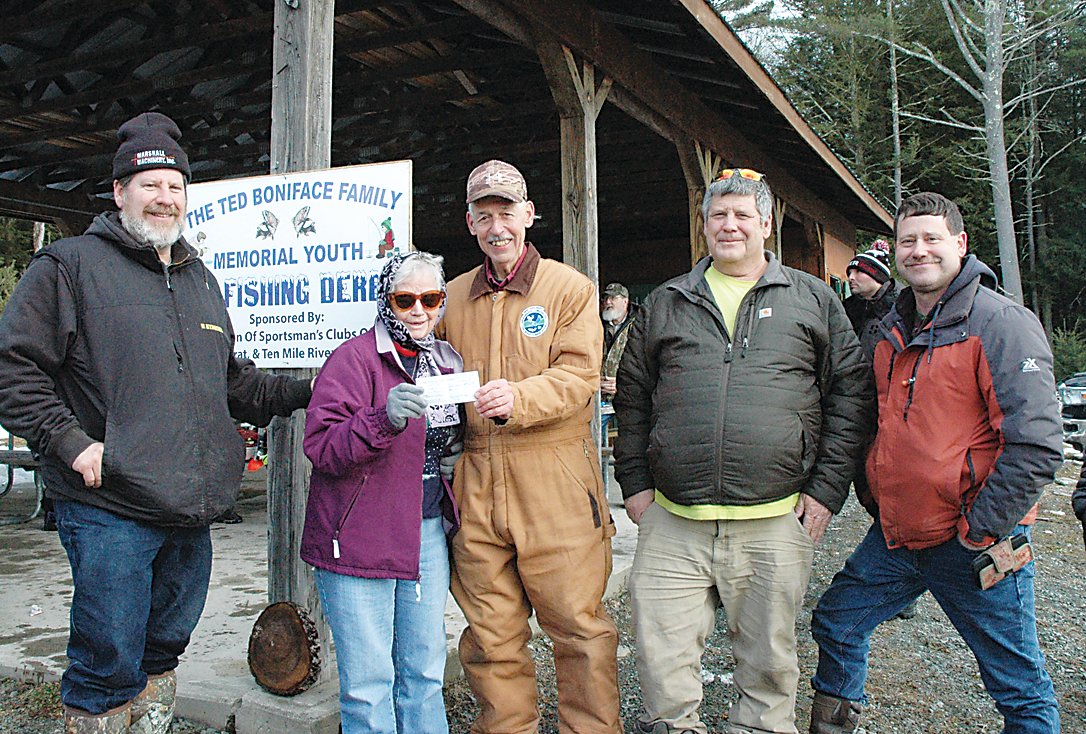 Joined by members of the Boniface Family, Barbara Boniface, center, donates a check of $1,000 accepted on behalf of the Federation of Sportsmen’s Clubs of Sullivan County by Chair of Youth Ice Fishing Chair, Carl Lindsley.
Derek Kirk | Democrat 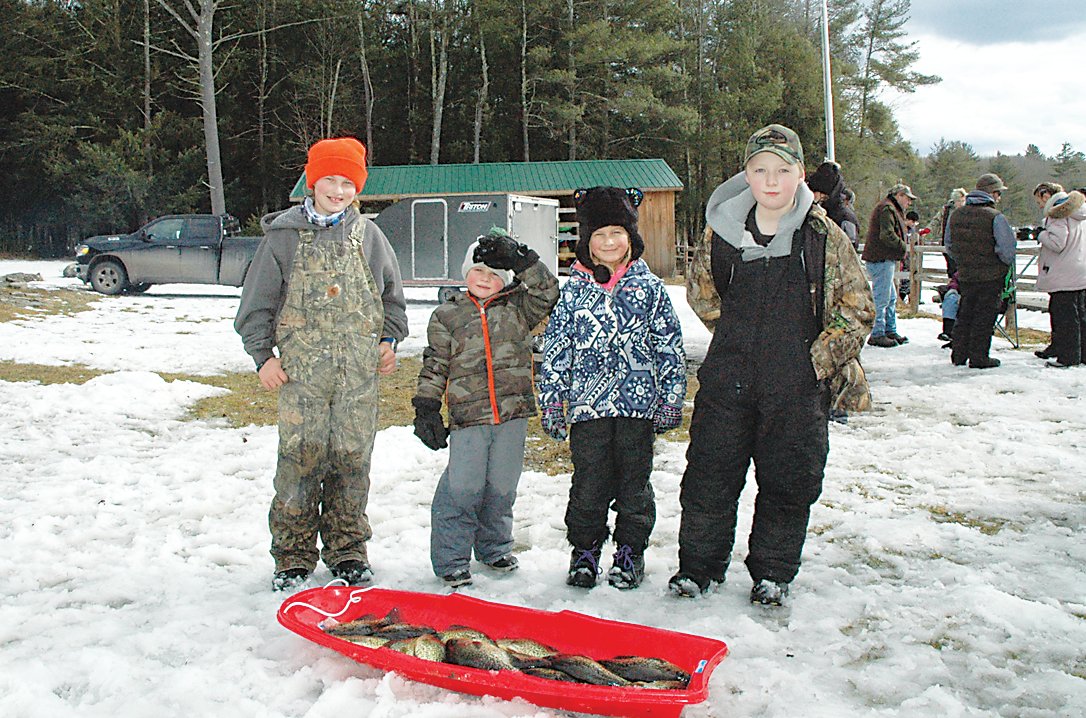 Young ones along with their families fished out on the frozen Crystal Lake, located next to Camp Keowa in the town of Bethel, from 8 am until 2 pm, with a sunny day jam packed with free food, goodies for the participants, and all the fish a young fisherman could hope to catch.

The derby invited children and young people up to and including 15 years old. One hundred and thirty four total young people, including roughly 50 Boy Scouts, were registered to participate in the event, which broke the previous all-time record of 102 competitors.

Goodie bags for the competitors were handed out at the beginning of the day. The grand prize trophies were awarded for a number of categories, including the five largest fish caught for five different species.

For Pickerel, the first place winner was Kenleigh Rockwell with the second place winner being Preston Hiller.

Reeling in the Community

These items are set to be raffled off in April and the proceeds will go to future youth events.

Portable restrooms for the event were contributed by Ned Lang of Lang Enviroventures Inc.

Along with her family, Barbara Boniface, widow of the late Ted Boniface of whom the derby is named after, donated $1,000 dollars to help support future activities.

After the competitors were called off the ice around 2 p.m., the Federation of Sportsmen’s Clubs of Sullivan County Youth Ice Fishing Chair, Carl Lindsley and President, John Van Etten, handed out the awards and prizes to the winners of the derby.