Although James Eldridge Quinlan’s 1873 History of Sullivan County has consistently received high marks as a local history, with many over the years ranking it among the very best, it certainly … 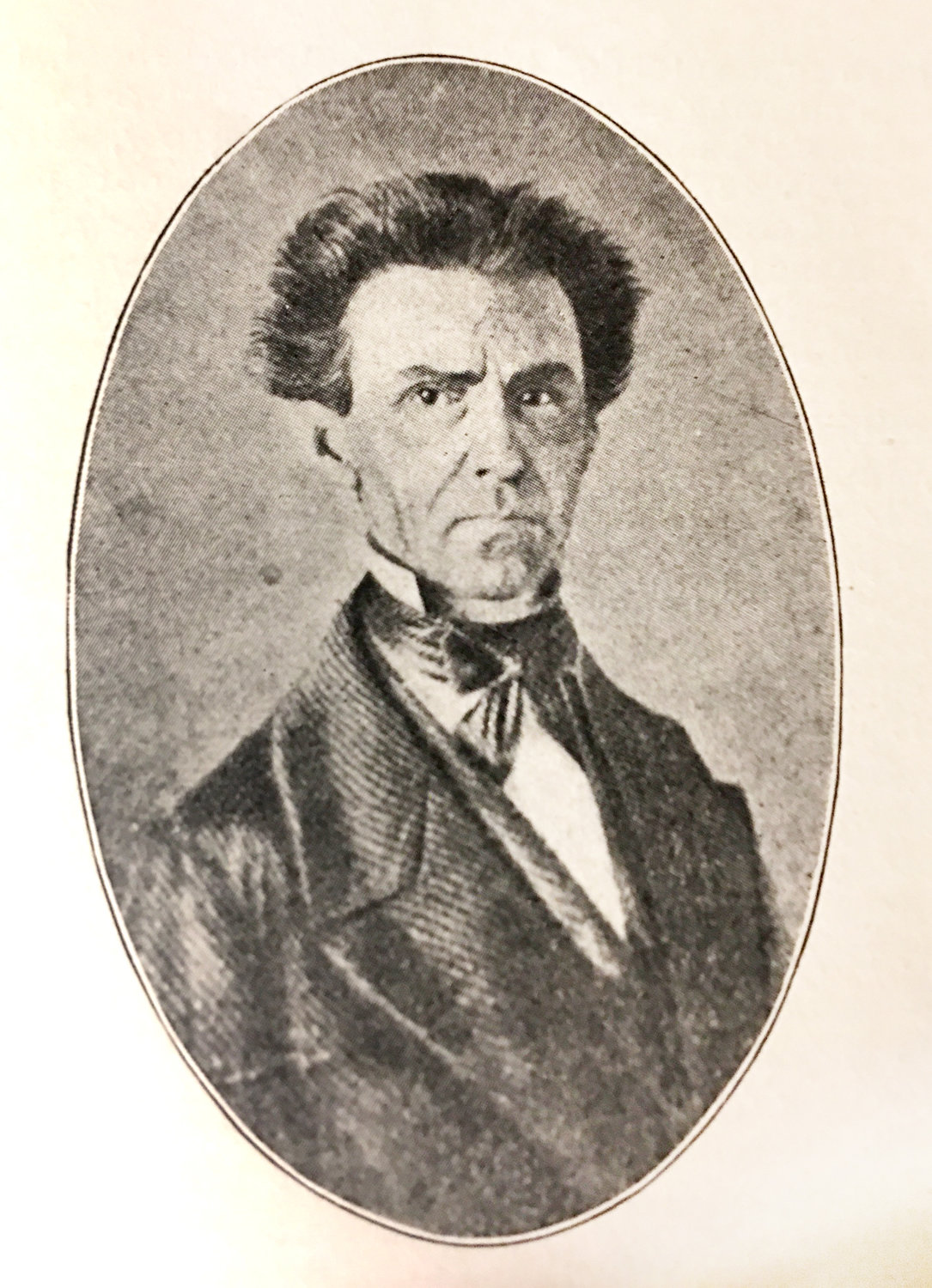 Although James Eldridge Quinlan’s 1873 History of Sullivan County has consistently received high marks as a local history, with many over the years ranking it among the very best, it certainly has its shortcomings.
As written in this column before, Quinlan was a staunch anti-war Democrat during the Civil War, his editorials in the Republican Watchman newspaper vehemently anti-Lincoln and pro-south, and his political leanings most likely account for at least two of those shortcomings. For one, he provides fairly light coverage of the Civil War, despite its huge economic impact on Sullivan County. For another, his treatment of the subject of slavery in the county is somewhat casual and matter-of-fact, and his attitude toward the few slaves he does mention is typically patronizing to say the least.
For example, at the conclusion of his history, Quinlan promises a number of addenda to the book, among them one entitled, “Slaves and Slave-owners of Sullivan,” with “sev­eral amus­ing acc­ounts of Africans who were held in bondage in our county, (among others, of the manner in which Samuel F. Jones plowed a newly cleared lot in Monticello, with a spiked team, composed of a negro and a yoke of oxen).”
One of the stories Quinlan relates that touches on the issue of slavery involves the Reverend James Adams, the Presbyterian minister in Monticello from the 1830s until 1853, and his language in writing the saga betrays his inner thoughts about the subject, closely resembling the southern oral tradition now commonly referred to as “the myth of the Lost Cause.”
Quinlan relates that the Reverend Adams was a man of “uniform kindness, gentleness and piety, tempered, as they were, by a rigid sense of duty,” qualities that quickly “endeared him to the people of his charge.”
“While Mr. Adams exhibited the harmlessness of the dove, he also manifested the wisdom of the serpent,” Quinlan writes. “It is related of him that, while he was a resident of Monticello, he inherited several slaves by the decease of a relative in the South. The sale of these slaves would have placed within his reach many things which he sorely needed: books, which a scholarly gentleman holds so dear; means to educate his children, which a fond parent of a cultivated intellect will strive so hard to win; rest and recuperation, so grateful to an overworked brain; and a hundred other things to which we might allude. But to those who knew Mr. Adams it is not necessary to say, that he did not sell the bondsmen who thus were thrown upon his hands.”
Although Quinlan only mentions it in passing, the Reverend Adams’ slaves were never brought to New York, where slavery had been abolished after 1827, but remained under the supervision of one of his relatives in the South. Similar to other stories about slavery that appear in his history, Quinlan’s description in this case of the relationship between the slaves and their master is one of mutual respect and loyalty.
He notes that Reverend Adams quietly “caused his negroes to be taught trades, and as soon as he believed they were fitted to shift for themselves, he endeavored to manumit them; but his benevolent intentions were frustrated by the negroes themselves. They refused to accept their freedom, and under the laws of the State in which they were, he could not, without the consent of his slaves, confer the boon so highly prized by many. He was an involuntary slaveholder until he died, although we have been told he derived no benefit from the earnings of his chattels. They remained under the guardianship of a relative of Mr. Adams, while the latter was under a contingent liability for their support.”
Of course, Quinlan omits the fact that by the time Adams inherited his slaves, manumission in almost all of the southern states was severely limited by law and was typically permitted only by will upon the death of the owner. So, even if Adams did intend to manumit his slaves, he might have been prevented by law from doing so.
The story of Reverend Adams and his slaves brings to mind another of Quinlan’s stories, that of James B. Dunn, purchased in Cuddebackville as a young boy by William Dunn of Narrowsburg in 1807 and freed by New York State law in 1827. Despite his status as a free man, Quinlan writes, James B. Dunn chose to remain with his master as an employee until the older man was killed in a tree cutting accident many years later.
“‘Like master, like slave’ was a true saying when applied to the relation which once existed between the whites and blacks,” Quinlan writes. “A kind and humane master was pretty sure to have good slaves, if he raised them himself.”