ELDRED - What was before is seldom a prediction for what is now. For the Sullivan West Bulldogs, who were shut out by a commanding performance by Eldred fireball Josh Warming in a match up a few … 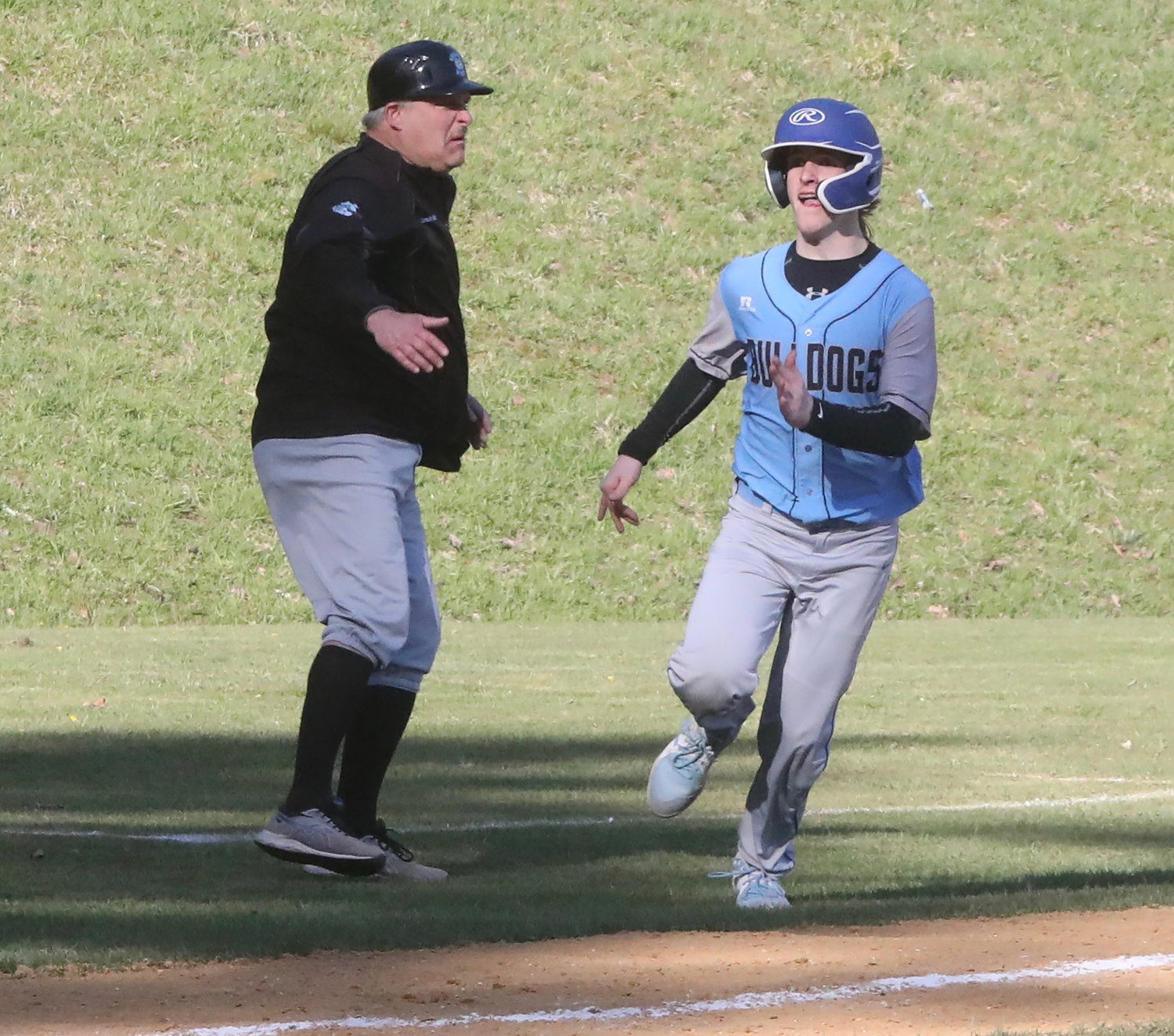 Sullivan West Coach Bill Kirk waves Jaymes Buddenhagen home on a two-run single by Jacob Hubert in the third inning which tied the score at 2-2. Eldred went ahead in the bottom of the frame but the Westies put up crooked numbers in the next four innings winning the game 11-6 to avenge a prior loss to the Yellowjackets.
Richard A. Ross | Democrat 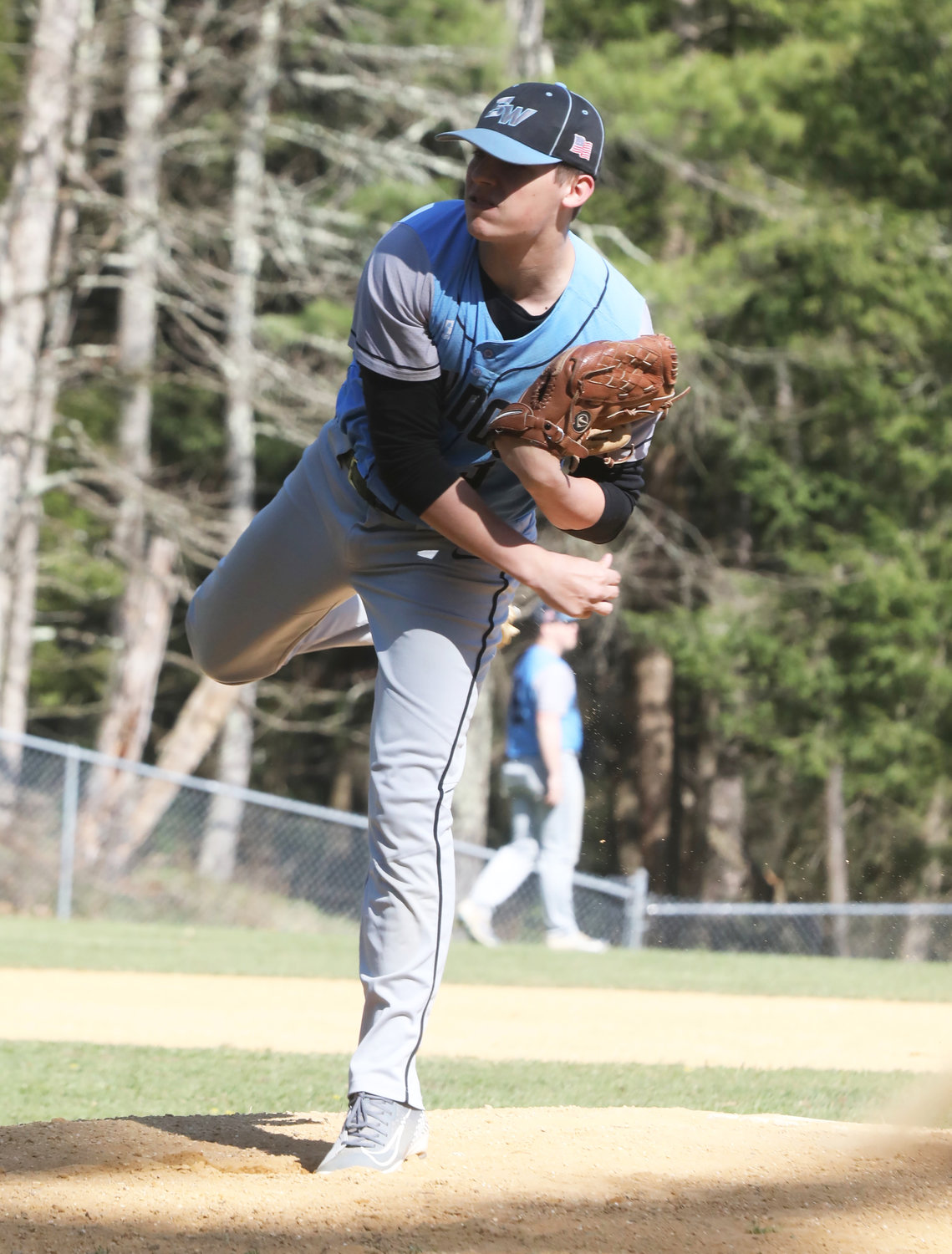 Sullivan West righty Justin Grund delivers. After having some early control issues, Grund settled down and pitched well thereafter into the sixth inning when Ryan Sayers relieved him.
Richard A. Ross | Democrat 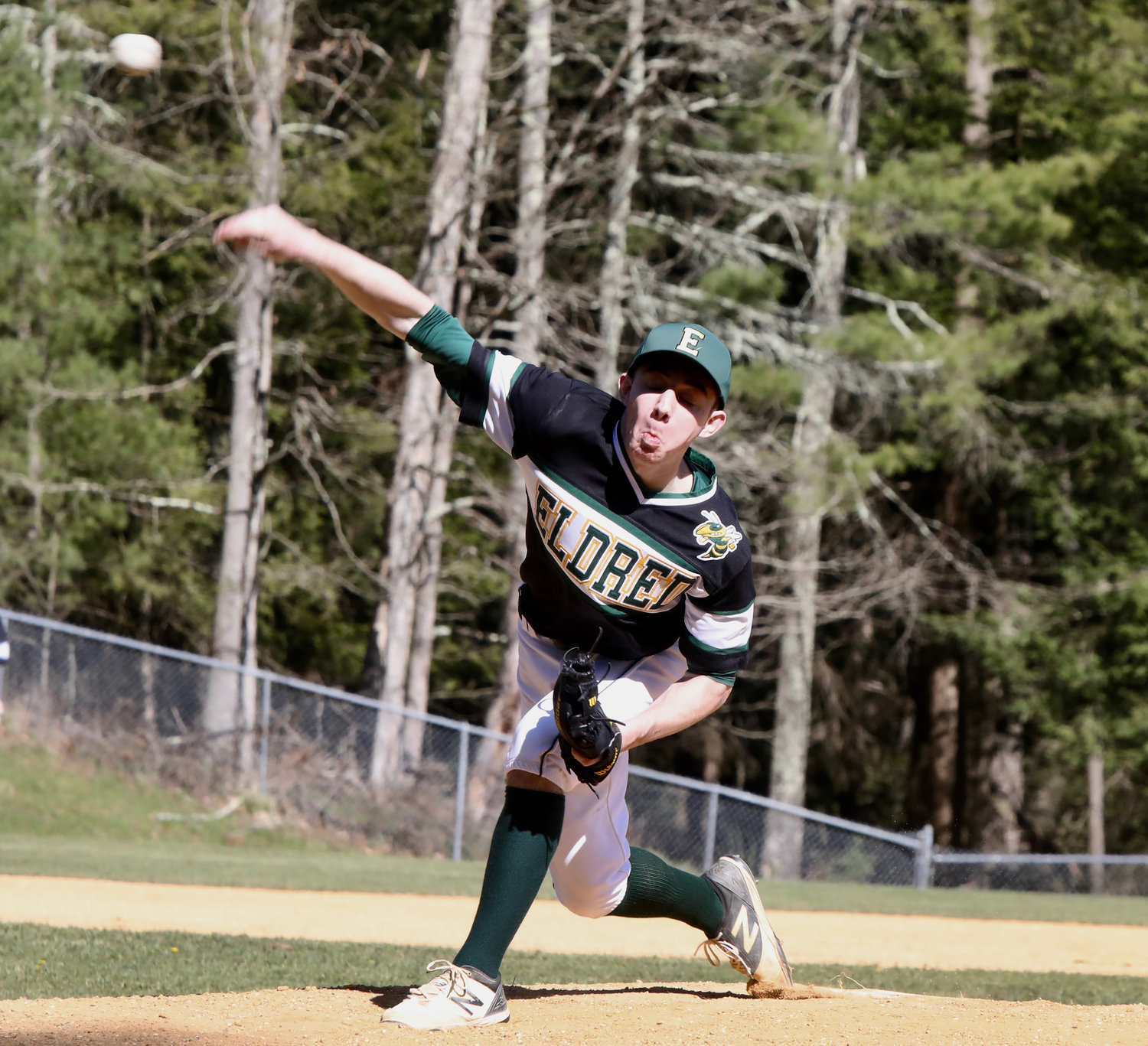 This time out Eldred ace Josh Warming didn’t get the same result as an earlier season 13 strike out blanking of the Bulldogs. He started out fine but had some control issues that were complicated by poor Eldred fielding.
Richard A. Ross | Democrat
Previous Next
Posted Tuesday, May 3, 2022 6:20 am
Richard A. Ross

ELDRED - What was before is seldom a prediction for what is now. For the Sullivan West Bulldogs, who were shut out by a commanding performance by Eldred fireball Josh Warming in a match up a few weeks back, their 11-6 win against the fine hurler and the Yellowjackets felt like sweet redemption. Make no mistake, Warming is a talented pitcher, but as we have seen time and time again in the major leagues, great talent does not always manifest itself the same way from outing to outing. New York Yankees ace Gerrit Cole is a prime example.

In addition, as hitters become more familiar with what to expect from pitchers, their timing improves, as does their ability to show more patience at the plate. Warming looked just as dominant through the first two innings, striking out five of the six batters he faced. Then Eldred got on top 2-0 in the bottom of the second as Bulldog starter Justin Grund yielded back-to-back walks. Freshman Justin Bangs knocked in the first run with a booming double and Mason McKerrrell reached on a fielder’s choice to help plate the second run. In the top of the third, things showed signs of unraveling for Warming and company. One thing that can certainly alter a pitcher’s rhythm and confidence is poor fielding behind him. A pair of consecutive errors set the table for Jacob Hubert’s two-run single to tie the score at two apiece.

Eldred responded in the bottom of the frame with two more runs as Grund yielded a pair of walks that sandwiched hitting a batter. RBIs by Kyle Daw and Bangs gave Eldred a 4-2 lead but SW ended the inning by throwing out an attempted steal.

For the next four innings, Sullivan West put up crooked numbers, amassing a total of 11 runs. Concurrently, Grund settled in and pitched a great game with an economical number of pitches that allowed him to continue into the sixth inning until Ryan Sayers took to the hill and kept Eldred at bay until the bottom of the seventh, when Eldred used a walk and an error to get their final two runs of the game.

Another factor to Warming’s detriment was the injury to center fielder Patty Adams who was hit in the face by a fly ball. Adams lay prone on the field for quite some time until an ambulance arrived to attend to him. That long hiatus didn’t help Eldred. Sullivan West on the contrary found a renewed vigor following the hiatus. The Westies improved to 4-5. They are 0-1 in the division. Eldred fell to 2-5 but has yet to play any division games. That will change this week as they take on Chapel Field and Livingston Manor following a non-league fray against Seward. Sullivan West will host Fallsburg, travel to Burke and then play a league game against Chester.