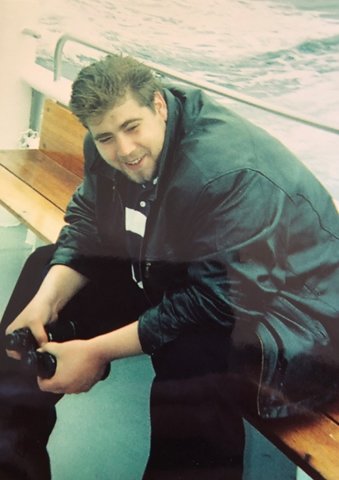 Richard was known for his kind spirit, warm heart, and love of nature. He loved the water, especially the ocean where he said he washed his worries away. He led a courageous life, was very family oriented, and was loved by all. Richard was also known as the gentle giant, and his presence touched those who knew him.

Richard is survived by a brother, Dennis J. Eschenberg, wife Nicole, and their two children, Dylan and Connor; two sisters, Jennifer Orvis and husband, Andrew, and Becca Frank and son, Jude; uncles Milton and Joseph Simora and families; aunt Victoria Simora and family; and Uncle Carlos. His aunt Phylis Simora predeceased him. He is also survived by his uncles John, William, and Michael Eschenberg and their families; aunts Anna Mullenski and Christine Coan and their families; and the family of his uncle Steven Eschenberg who predeceased him.

A private memorial service will be held for Richard in June.