Robert Arthur Nearing Jr., 76, of Honesdale, PA, passed away on March 30, 2020 at his winter home in South Carolina. He is survived by his wife, Mary Ann (Wagner), also from Honesdale, PA. They … 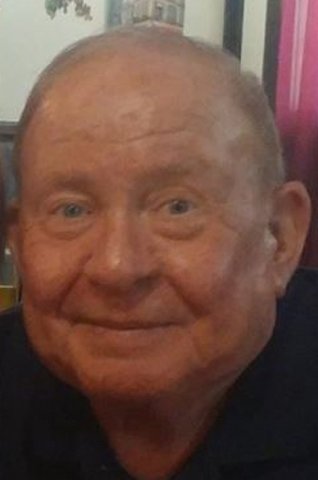 Robert Arthur Nearing Jr., 76, of Honesdale, PA, passed away on March 30, 2020 at his winter home in South Carolina. He is survived by his wife, Mary Ann (Wagner), also from Honesdale, PA. They shared 50 years of marriage.

Born in Lake Huntington, NY, he was the son of the late Robert and Grace Nearing. He graduated from Narrowsburg Central School and attended Mohawk Valley Community College. After college, he served his country in the United States Army. He then joined his father and brother in the family business, Cochecton Mills, Inc. in Cochecton, NY. Robert enjoyed serving the needs of the farming and agriculture community for nearly 50 years until his retirement.

Robert cared deeply for his community and was a member of the Presbyterian Church, Lake Huntington, NY, the Free & Accepted Masons, Honesdale Lodge #218, Wayne Pike Shrine Club, Fraternal Order of Eagles and the Cochecton Men's Club. As an avid hunter and fisherman, he was a longtime member and past president of the Welcome Lake Rod & Gun Club. Earlier in his career he enjoyed working with and supporting the Honesdale Area Jaycees. Robert enjoyed golfing in his free time, especially with his grandson, Lucas, and was a member of the Honesdale Golf Club and the Dye Club in Myrtle Beach, SC. Professionally, he served as a board member for both the Cooperative Feed Dealers and Penn Miller's Insurance. He enjoyed watching Syracuse basketball, the Boston Red Sox, and his granddaughter, Libby play softball for Honesdale High School. “Roundman” as he was affectionately known, was a master of tinkering around the house and running errands in his later years.

In addition to Mary Ann he is survived by daughter Heather Stephens and husband Wayne, son Patrick and wife Kelly, grandchildren Libby, Lucas and Logan Stephens (his little man and twin). Also surviving are his brother Dennis and wife Carol, of Lake Huntington, NY, sister Linda and husband Ron, of Newton, MA, many cousins, nieces and nephews.

A Celebration of Life will be held at a later date.

A guestbook is available at www.leefhandcrematory.com.