MANHATTAN –The New York City Marathon took place on November 6, and a handful of runners from around Sullivan County took part in the race.

After fundraising for the Allyson Whitney … 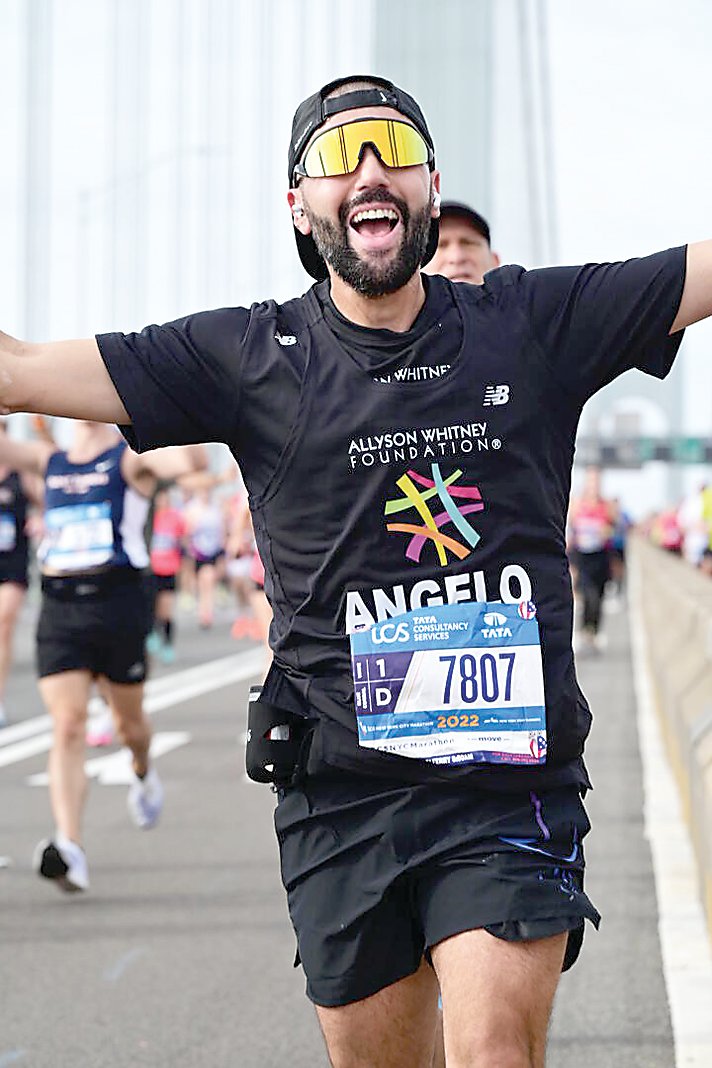 Angelo Cracchiolo is all smiles as he runs through New York City during the marathon.
Contributed Photo 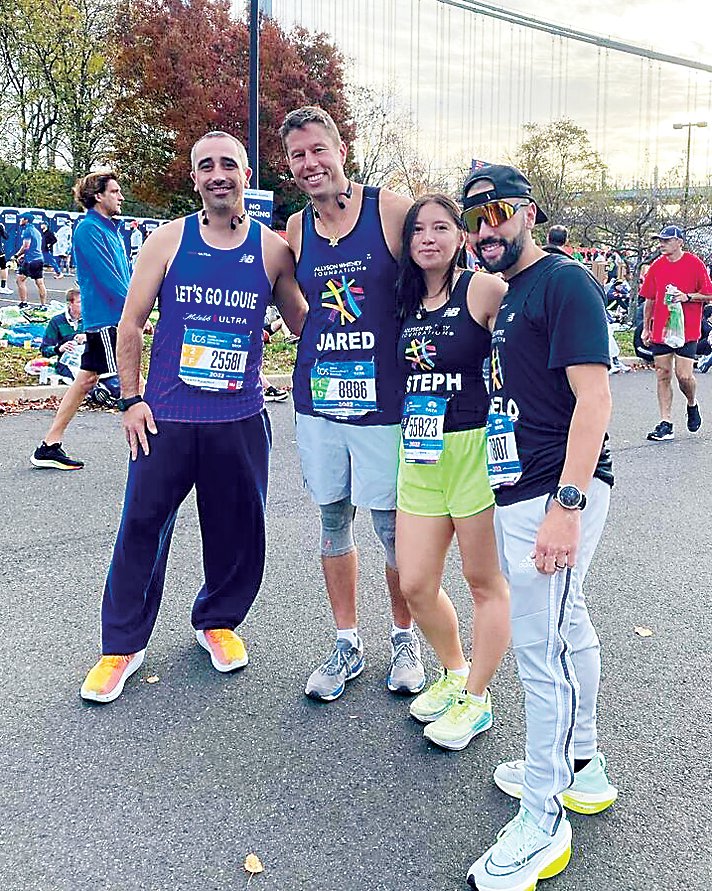 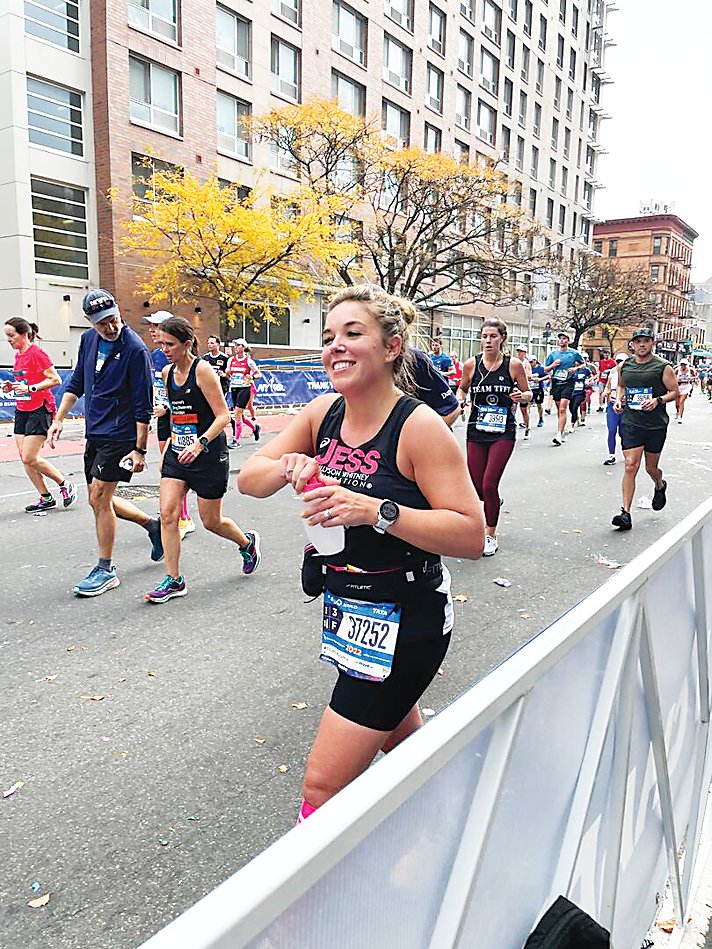 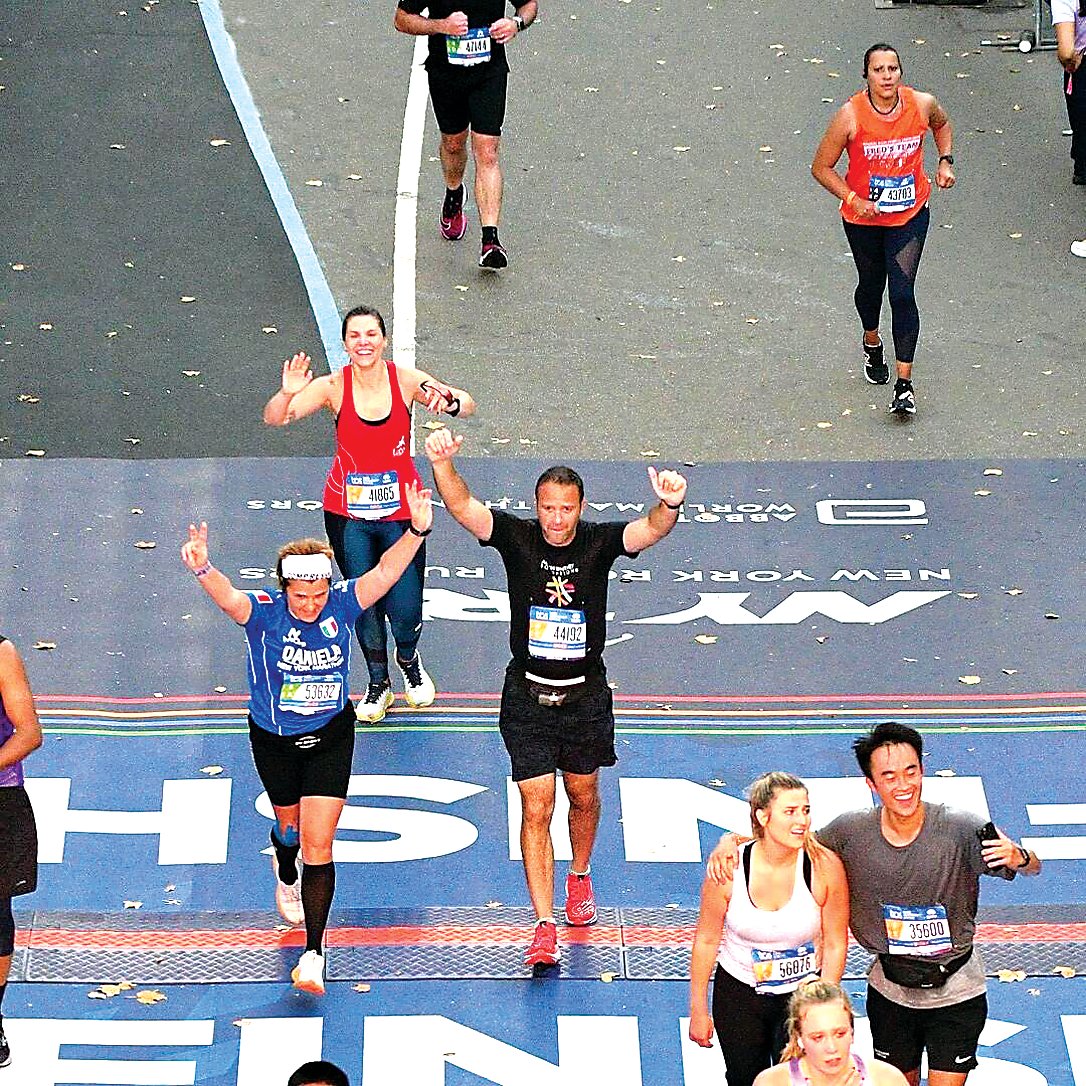 Joel Blum, who grew up in Monticello, raced for the Allyson Whitney Foundation.
Contributed Photo 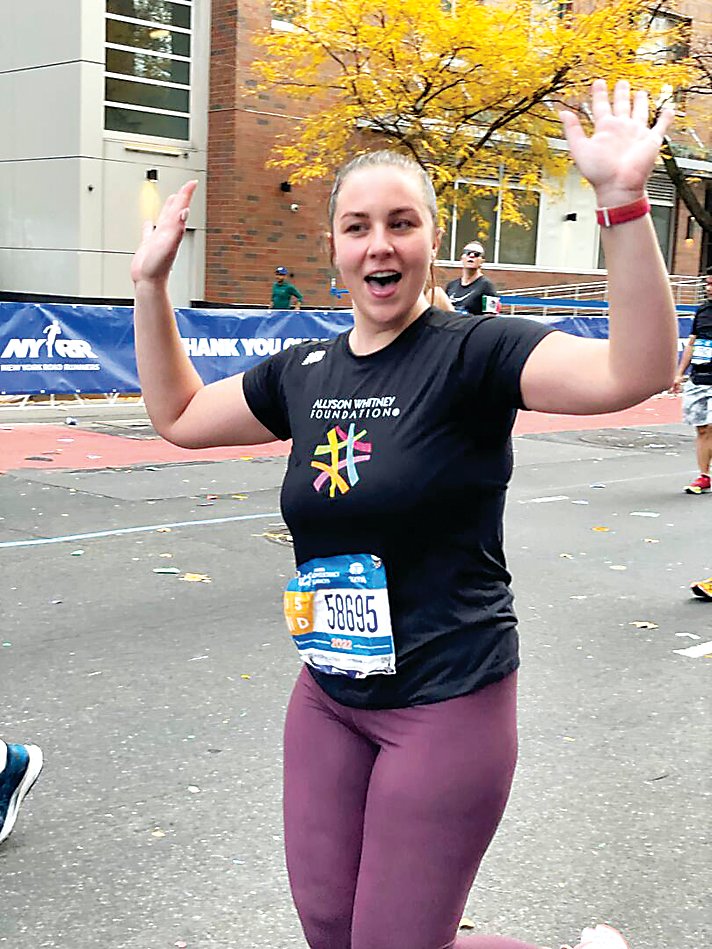 Shannon Cilento finished the NYC Marathon with a time of 5:39:57.
Contributed Photo
Previous Next
Posted Friday, November 25, 2022 6:30 am
Anthony Morgano

MANHATTAN –The New York City Marathon took place on November 6, and a handful of runners from around Sullivan County took part in the race.

After fundraising for the Allyson Whitney Foundation (AWF), a local charity that supports young adults battling rare cancers, the team of local runners headed to the Big Apple to run the 26.2 miles and support the cause that they had fundraised for.

For the race this year, the gross total that was raised for AWF was $54,384, and the Foundation offered support to the runners throughout the training process, from monthly and weekly check-ins, to a Run Coach, a welcome letter to help them fundraise, and a private Facebook page dedicated to the squad that only past and present runners can take part  in.

On the weekend of the race, AWF organized a gratitude lunch to celebrate them and take a moment to honor their journey and what it means to them.

All fundraising, including the marathon runners and the gala in October, fuels the organization’s pursuits of Life Interrupted Grants, HOPE comfort bags to local oncology suites and funds innovative research for rare cancer. Since their inception in 2012, AWF reached 500 young adult patients and their families, and in 2022 awarded over $65,000 in grants.

Jared Kaufman, who has donated to AWF 5ks since its inception, raised more than $13,000 for the race.

“It was incredible to fundraise so much money. It is amazing to have such good and supportive friends,” Kaufman said.

For Kaufman, NYC was his first marathon, but like many of the other local runners, it inspired him to do more.

“I would definitely like to do the NYC Marathon again,” he said. “But I also want to run a marathon in another country.”

AWF already has charity openings for the Big Sur Marathon in California, Prague Marathon, Berlin and European Super Halfs, and if you are interested in learning more about running for AWF, you can check out allysonwhitney.org for details.

Shannon Cilento ran her first marathon in NYC as well. “It was such an incredible energy, unlike anything I’ve ever experienced.”

She talked about the thousands of supporters lining up to cheer on the runners, offering water, bananas and words of encouragement to those taking part in the race.

“There’s no better way to run your first marathon than with AWF in New York City,” Cilento explained.

Something that each of the runners expressed was their purpose, and how running for a cause eased the mental battle that ensues when running a marathon.

“Being surrounded by other runners all fundraising and being cheered on by the crowd for the entire six hours was such a surreal feeling,” local runner Stephany Lopez said.

Lopez and Kaufman trained together, running long-distances every Sunday.

“AWF was incredibly supportive throughout the entire process, and what they’re doing is amazing,” Lopez added.

Angelo Cracchiolo was another local runner who ran his first marathon along with the other three.

“It really was a privilege to be able to run the New York City Marathon, especially for a local Foundation and my hometown. I hope to run NYC again next year, and other marathons, but NYC is a must.”