JEFFERSONVILLE - If by some chance Sullivan West and Tri-Valley both manage to qualify for the softball sectionals and should somehow meet each other again, the Lady Bulldogs would aspire to pay back … 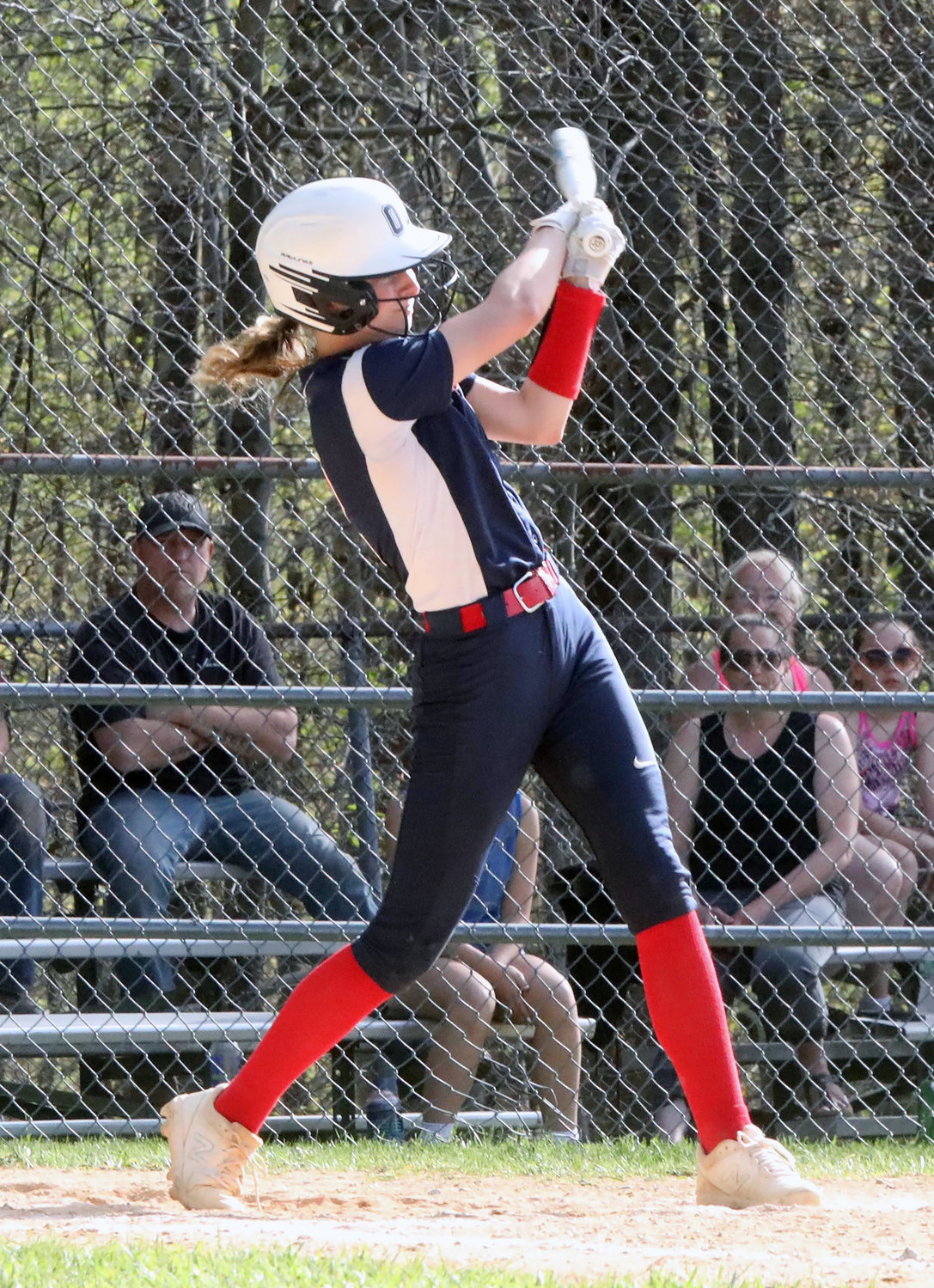 Tri-Valley sophomore Jenna Carmody belts a double and drives in two runs. She was the winning pitcher as well.
Richard A. Ross | Democrat 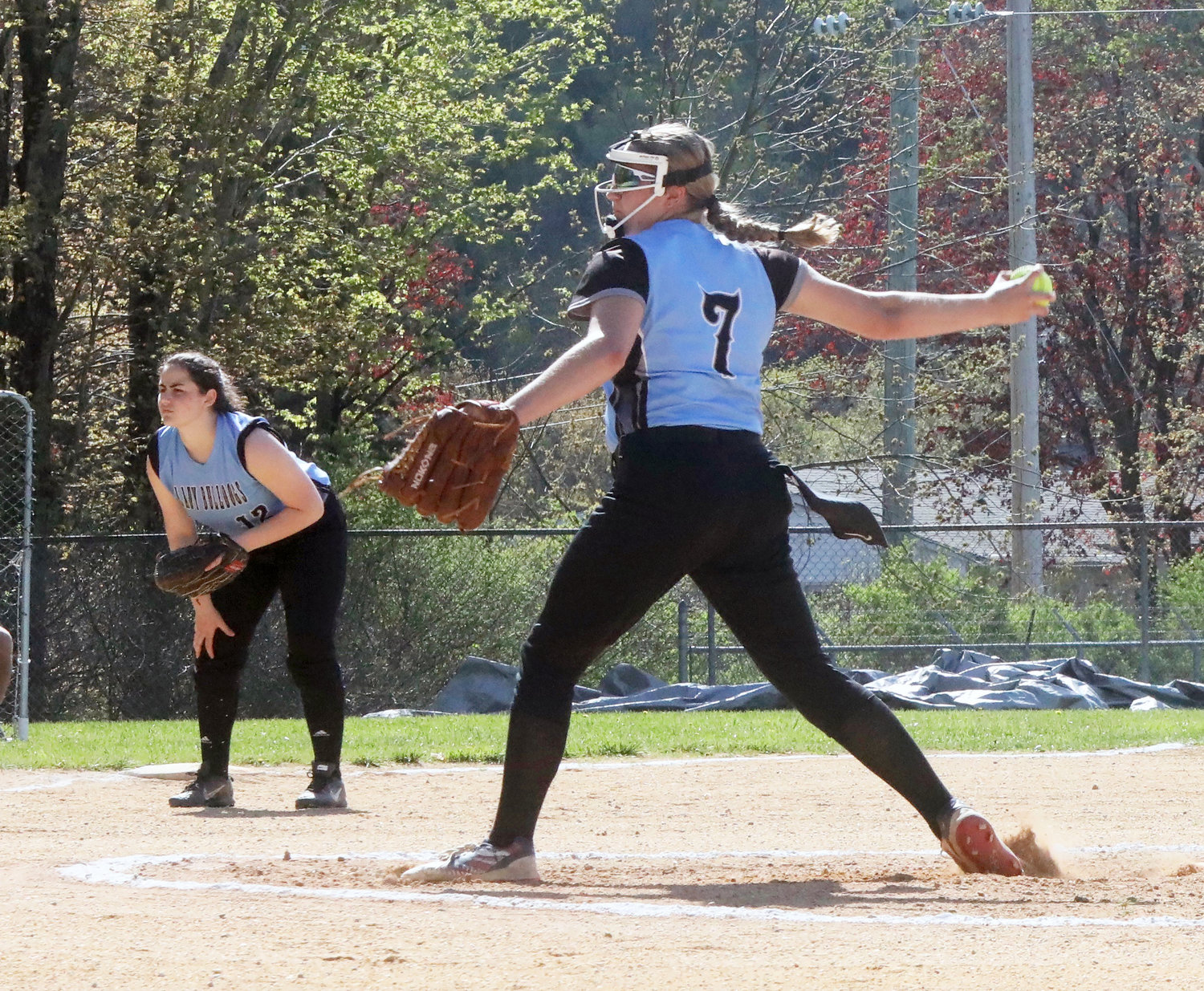 Sullivan West senior Riley Ernst pitches her last home game of her fine career at Sullivan West. Ernst was a standout in soccer, basketball and softball. She is bound for SUNY Delhi in the fall where she will continue her sports endeavors.
Richard A. Ross | Democrat 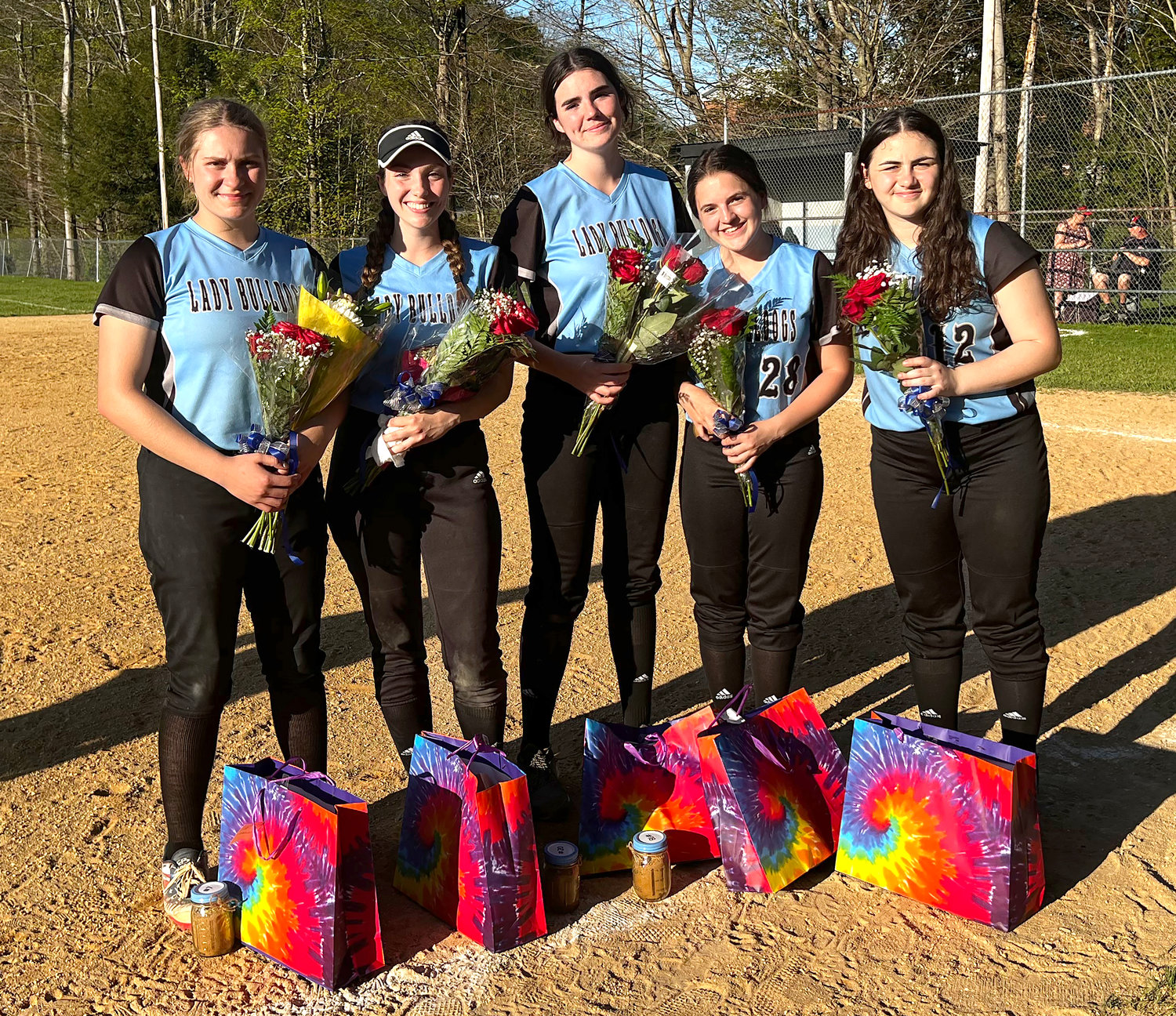 JEFFERSONVILLE - If by some chance Sullivan West and Tri-Valley both manage to qualify for the softball sectionals and should somehow meet each other again, the Lady Bulldogs would aspire to pay back the Lady Bears for the pair of rough losses they handed them this spring. T-V won the first game 16-5 by dint of a six-run outburst in the second inning that they continued to build on. The eventual 16-5 victory set up the rematch this past Friday in Jeffersonville as the Lady Westies looked to avoid the season sweep. But alas, it was “deja vu all over again” as the Lady Bears put up eight runs in the third inning and never looked back in their 15-3 triumph over their county and league rival.

Outscoring Sullivan West 31-8 over the two games was a resounding accomplishment for the T-V youngsters. The game propelled them to a 6-6 league record with two games to play. They need to beat either Chester or Seward to garner a sectional berth. That is a tall order to be sure, but the spirited Lady Bears under their supportive and encouraging coaches Kim Costa and John Rusin will play those games using all they’ve learned this spring.

Sullivan West’s chances of reaching the post season got harder with this loss, their fifth league defeat against no wins. With a 5-9 overall record, wins will be a must this week. In fact, they would need to run the table in the four road games on the docket including a league fray with Seward, a trip to Ellenville and a double header against Eldred. To wit, they’ll need to limit their opponents to far fewer runs while scoring more than they have of late.

In a pitching rematch between Sullivan West senior Riley Ernst and T-V sophomore Jenna Carmody, the dynamics were the same as in the prior outing. Both hurlers got off to a good start and kept their opponents scoreless for the first two innings. Then the dam broke as T-V sent 13 batters to the plate in the eight-run tsunami. Big RBI hits by Carmody and Emily Rusin highlighted the fireworks. Rusin had back-to back triples in this game. Carmody blanked SW for the first four innings before yielding a lone run in the bottom of the fifth as a passed ball broke the drought. The Lady Bears had already added six more runs in the fourth inning to take a 14-0 lead. The Lady Bulldogs came back with two runs in the bottom of the sixth but it was too little, too late.

For Tri-Valley, who was swept by Sullivan West in both soccer and basketball, this softball success was a pleasant alternative.

Sullivan West honored its seniors after the game as Brielle Arnott, Riley Ernst, Taylor Wall, Taylor Brustman and Mia Nunnari got to pose for pictures with flowers and smiles after coach Anthony Durkin gave an inspirational speech about the memories that will endure.

This was the last home game for Durkin, too, as he is retiring at the end of June.