effersonville resident Jack Costello has had to make a lot of adjustments in his life since a successful triple bypass surgery on Father’s Day weekend in 2014. One of the most difficult … 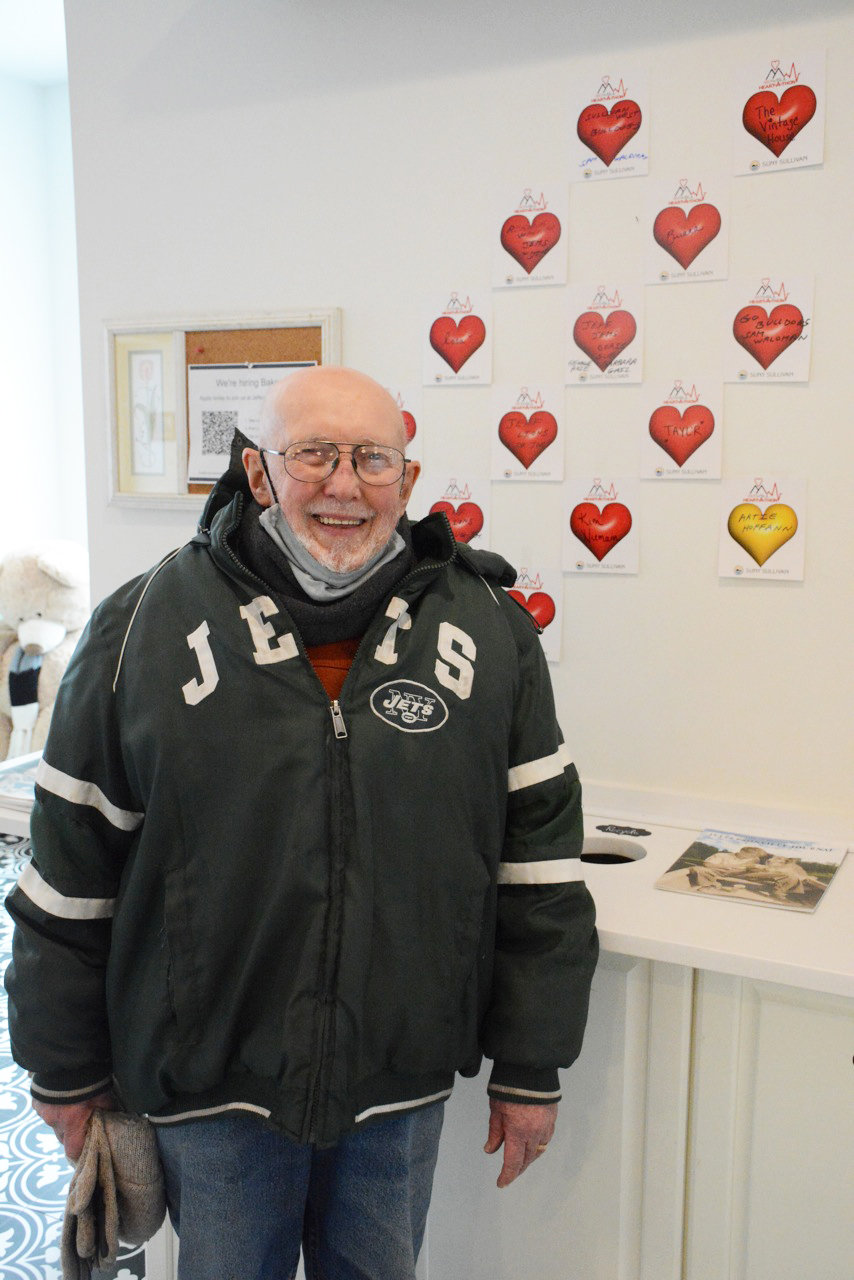 The Sullivan Catskills Visitors Association and Thompson Sanitation present the 44th Annual 98.3 WSUL Heart-A-Thon on Friday, February 11, 2022 at Resorts World Catskills. This event raises funds for Garnet Health Medical Center Catskills Cardiology departments in both the Harris & Callicoon campuses. For more information or to make a donation, visit www.boldgoldnewyork.com/heartathon. Also, the Monticello Rotary Club will be holding a blood drive at Resorts World during the Heart-A-Thon.

Jeffersonville resident Jack Costello has had to make a lot of adjustments in his life since a successful triple bypass surgery on Father’s Day weekend in 2014. One of the most difficult … giving up bacon cheeseburgers.

Almost eight years ago, Costello went to now retired Dr. Paul Salzberg to receive treatment for a cold. Kelly Edwards, who was a nurse practitioner with Dr. Salzburg had given Costello medication but still something didn’t feel right in his chest, so she referred him to Catskill Regional Medical Center (now Garnet Health Medical Center - Catskills) to get an EKG.

From the results she told him to go to the Harris hospital immediately. He and his wife Doris were planning to run errands in Monticello that day. Costello was excited to try the newest bacon cheeseburger that fast food chain Burger King had just put out. So they figured they’d go to the hospital first.

An echocardiogram was performed by Lead Cardiac Sonographer Maria Zarodsky, who Costello praises for her work. However, she had some bad news for him. He wasn’t getting his bacon cheeseburger, and in fact, would never be eating another one in his life. Not liking his results she rushed Costello into the ER and found him a heart doctor, Dr. Syed Z. A. Jafri.

His family didn’t tell him that doctors informed them he needed a triple bypass, but he was suspicious that something serious was going on as family from Texas had traveled to New York to be with him. Costello, who is known by friends and family for having a great sense of humor, joked before his surgery that he was a full organ donor but he’d like to walk out of the hospital with all of them, which drew laughter from doctors assigned to do the surgery.

The end result was a successful operation and Costello then had six months of rehab with nurse Lori Brockner. He also still sees Dr. Jafri to this day. Costello was complimentary of them both.

Today he continues his exercises and dietary changes. Costello also has an implantable defibrillator and a heart monitor is next to him in the bedroom so doctors and nurses can still keep an eye on him.

And they do. For example, during the pandemic isolation, Costello lost several friends. That coupled with watching political drama on the nightly news elevated his stress levels which earned him a call from the doctors who noticed something was up on the heart monitor.

They told him to cut out some of the nightly news, and try and watch something fun before bed, such as a comedy.

Since then, Costello hasn’t been troubled.

Jack and his wife Doris are well-known across the county for their charitable work and volunteer efforts. The couple is celebrating their 41st Anniversary on January 25. They are enjoying their four grown children, 15 grandchildren and five great -grandkids. They are expecting their sixth great-granddaughter on July 5.

Les Kristt, who chairs the Heart-A-Thon Committee which Costello is a member of said, “Jack is one of the nicest, kindest and most gentle people in Sullivan County. He’s always ready to help anyone or organization that needs it.”

“Maria and I had the good fortune to make the acquaintance of Jack Costello at Bethel Woods 15 years ago,” said Frangipane. “We had no idea at the time that over the years we would meet more often, become friends and very close friends with both Jack and his lovely wife Doris.

“Over the years Jack and I have partnered during many fundraising events, including the WSUL Heart-A-Thon,” he continued. “Working alongside Jack during these events I have learned much about him and from him.”

Frangipane said one could author a novel while attempting to describe what Costello contributes to our community.

“If each of Jack Costello’s good deeds were scribed, the pages would challenge the the height of the famous beanstalk,” said Frangipane. “While strolling through the dictionary we find words commonly used to describe individuals. Here are a few about my friend Jack: dedication, commitment, relentless and, of course, compassionate.

“Is it possible to take all of Jack Costellos attributes; liquefy them and place them in a blender?,” said Frangipane. “The world would be a much better place by serving just a sip of a Jack Costello’s antidote.”

Costello has been involved with Heart-A-Thon for several years, even before his own heart issues.

This year, he has even recruited the help of three Sullivan West seniors from John Ogozalek’s class. Samantha Everett, Jake Nystrom and Karl Swanson will be with Costello at the Jeffersonville Post Office on Saturdays January 22 and 29 from 8:30 a.m. to noon.

“Every person working there is terrific and very conscientious about their job,” he said.

While getting tests done at Garnet Health Medical Center –– Catskills, nurses informed Costello that much of the equipment they were using were purchased with Heart-A-Thon donations.

As for what drives him to raise money for the event now, at age 81, Costello said, “Because I may save someone like myself.”

Sean Kuhn to intern with Democrat this summer