LIBERTY – The Lady Indians earned a much needed win over the Lady Wildcats on Tuesday night, defeating Livingston Manor 29-22.

The Lady Indians won the first three quarters, due in large … 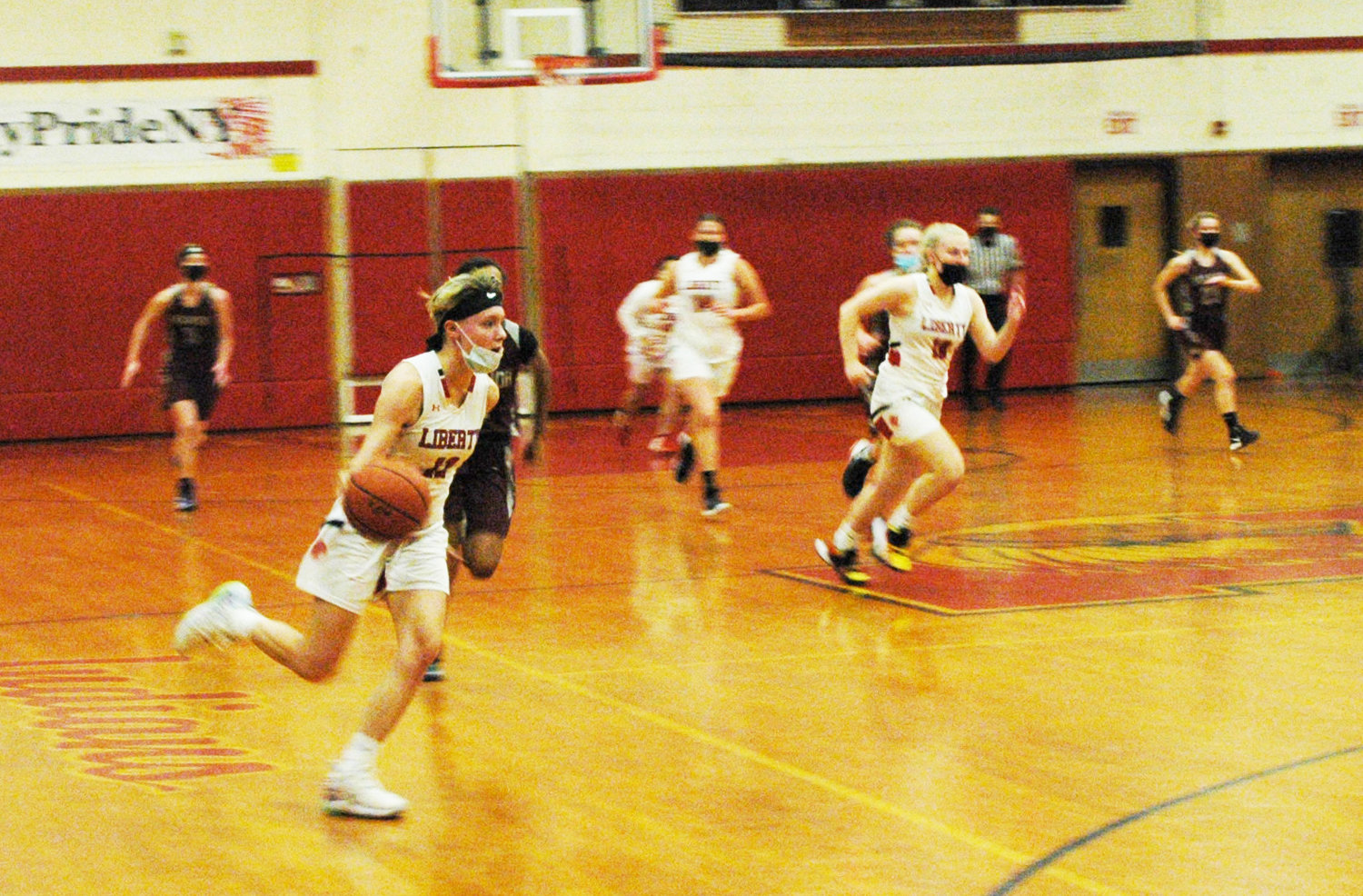 Liberty’s Alyssa Kaveleski led all scorers with 16 points. She forced a turnover that led to this fastbreak layup.
Anthony Morgano | Democrat 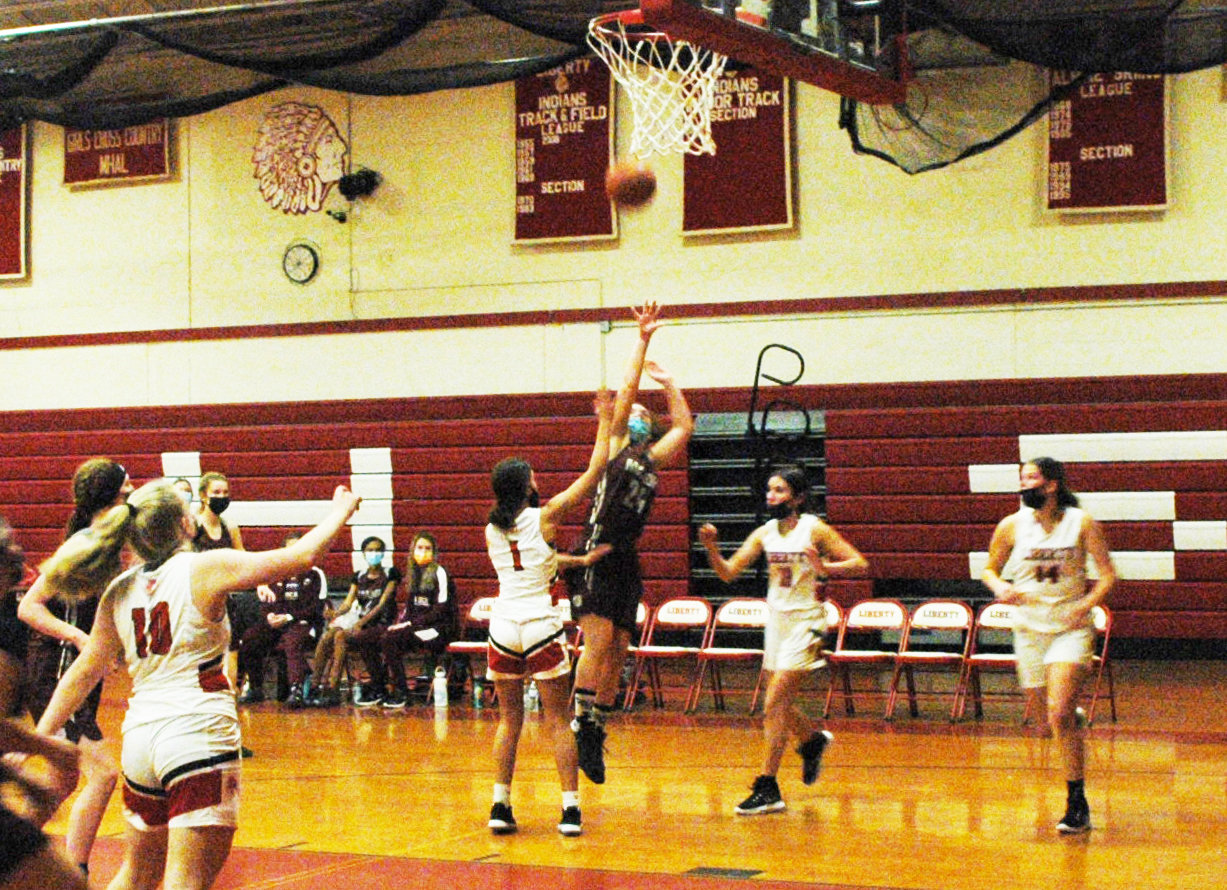 LIBERTY – The Lady Indians earned a much needed win over the Lady Wildcats on Tuesday night, defeating Livingston Manor 29-22.

The Lady Indians won the first three quarters, due in large part to their fast paced offense and ability to throw the Livingston Manor offense off balance. The Lady Wildcats mustered only 6 points by halftime, while Liberty netted 15.

Outscoring Livingston Manor 11-5 in the third quarter increased the Liberty lead to 15. The Lady Wildcats settled down in the fourth quarter, scoring 11-points and holding Liberty to only three points to erase some of the deficit.

Liberty called a few timeouts as time wound down so coach Dworestsky could instruct his team on holding the lead and running down the clock to limit Livingston Manor’s possessions at the end.

“We played a great first half. We controlled the tempo and the girls worked as hard as I’ve seen them all year,” coach Dworetsky said after the game. “You have to give credit to Livingston Manor. They played hard with only six girls, they’re a good young team.”

Livingston Manor’s coach Maggi Fitzpatrick also made note of the pace of the game. “Our offense took a long time to settle in. They were trying to play at Liberty’s pace and we were going too fast, but we did well once we settled down. I was happy with the defense tonight.”

Livingston Manor entered Tuesday’s action after a narrow victory over Downsville on Monday night, and they will be on the road against Eldred tonight for a division matchup.