It was June of 1965, and Judge Lawrence H. Cooke was about to render a decision that would have a profound impact on Sullivan County government, and ultimately its politics, as well. 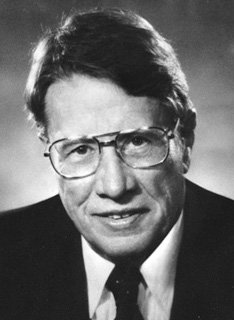 It was June of 1965, and Judge Lawrence H. Cooke was about to render a decision that would have a profound impact on Sullivan County government, and ultimately its politics, as well.

From the time it was officially organized in March of 1809 until December 31, 1995, Sullivan County was governed by a Board of Supervisors.

Whether a supervisor represented one of the county’s more populous towns, say Thompson or Liberty, or one of its least populous, such as Lumberland or Forestburgh, he or she wielded the same voting power on the county level.

Kurt Shilbury was a farmer and real estate agent from Hortonville, and a vocal critic of the Board of Supervisors. He was particularly outspoken about the manner in which the Board conducted business, and often criticized the long-established law that provided each of the Supervisors with equal power.

In 1965, Shilbury filed suit in New York State Supreme Court, asking for “a declaratory judgment that article 4 of the County Law is unconstitutional and void, that it is the duty of defendant Board of Supervisors of said county to formulate a system under which the vote of each Supervisor would be proportionate to the number of persons represented by him and for such other and further declaration of the legal rights of the parties as shall be necessary and proper.”

In other words, Shilbury asked the Court to put an end to the way the Sullivan County Board of Supervisors had operated since its inception in 1809.

The case came before Judge Cooke in June, with Monticello attorney Louis Tieger representing Shilbury and County Attorney Milton Levine appearing on behalf of the defendants.

In essence, Shilbury’s argument was that allowing each Supervisor an equal vote regardless of the size of the town he or she represented violated the long established principle of one person - one vote, and in effect disenfranchised large numbers of county residents. For example, the towns of Thompson (8,792), Liberty (8,676) and Fallsburg (6,748) together comprised considerably more than half Sullivan County’s population according to the 1960 census, and yet the Supervisors of those towns could never carry a majority vote on their own, representing only three votes out of fifteen, well short of the eight votes required. And it was possible in some matters that eight Supervisors representing about 20% of the County’s population could prevail over seven Supervisors representing 80%.

The County did not argue the facts in the matter, but instead maintained that Shilbury did not have standing to bring the suit, since as a resident of the town of Delaware, with its population of 2,141, eighth largest in the County and less than 1/15th of the total population, he was not disenfranchised at all, but actually benefited from the system.

Judge Cooke did not concur.

“The argument overlooks the fact that there are seven towns with populations less than Delaware but which have representation equal to it on the county board and in this respect the votes in Delaware have been diluted and undervalued,” Judge Cooke wrote. “As stated in Reynolds v. Sims (377 U.S. 533, 563, supra): ‘Overweighting and overvaluation of the votes of those living here has the certain effect of dilution and undervaluation of the votes of those living there.’”

Judge Cooke found for the plaintiff, Shilbury, and submitted a judgment that “the present apportionment of members of the Sullivan County Board of Supervisors violates the equal protection clause of the Fourteenth Amendment of the United States Constitution and sections 1 and 11 of article I of the New York State Constitution.”

His decision ordered that “commencing January 1, 1966 and continuing until a constitutionally acceptable method of apportionment becomes effective, the Supervisor of each town to be selected at the election of 1965, and any successor chosen to complete his term of office, shall be entitled during his term of office to cast at the meetings of the Board of Supervisors of Sullivan County, a number of votes equal to the quotient in whole numbers obtained by dividing the number of inhabitants of the town from which he has been elected, as determined by the latest Federal Census covering all towns in the county, by five hundred, except that and providing further that no Supervisor shall have less than one vote.”

Judge Cooke ordered that a “valid plan of apportionment” be adopted in time to take effect for those Supervisors elected in November of 1967.