A look ahead to next week's marquee matchups

SULLIVAN COUNTY – Students return to school from their spring break on Monday, and with that return to classes comes a return to the spring sports.

Although there were some matchups …

A look ahead to next week's marquee matchups 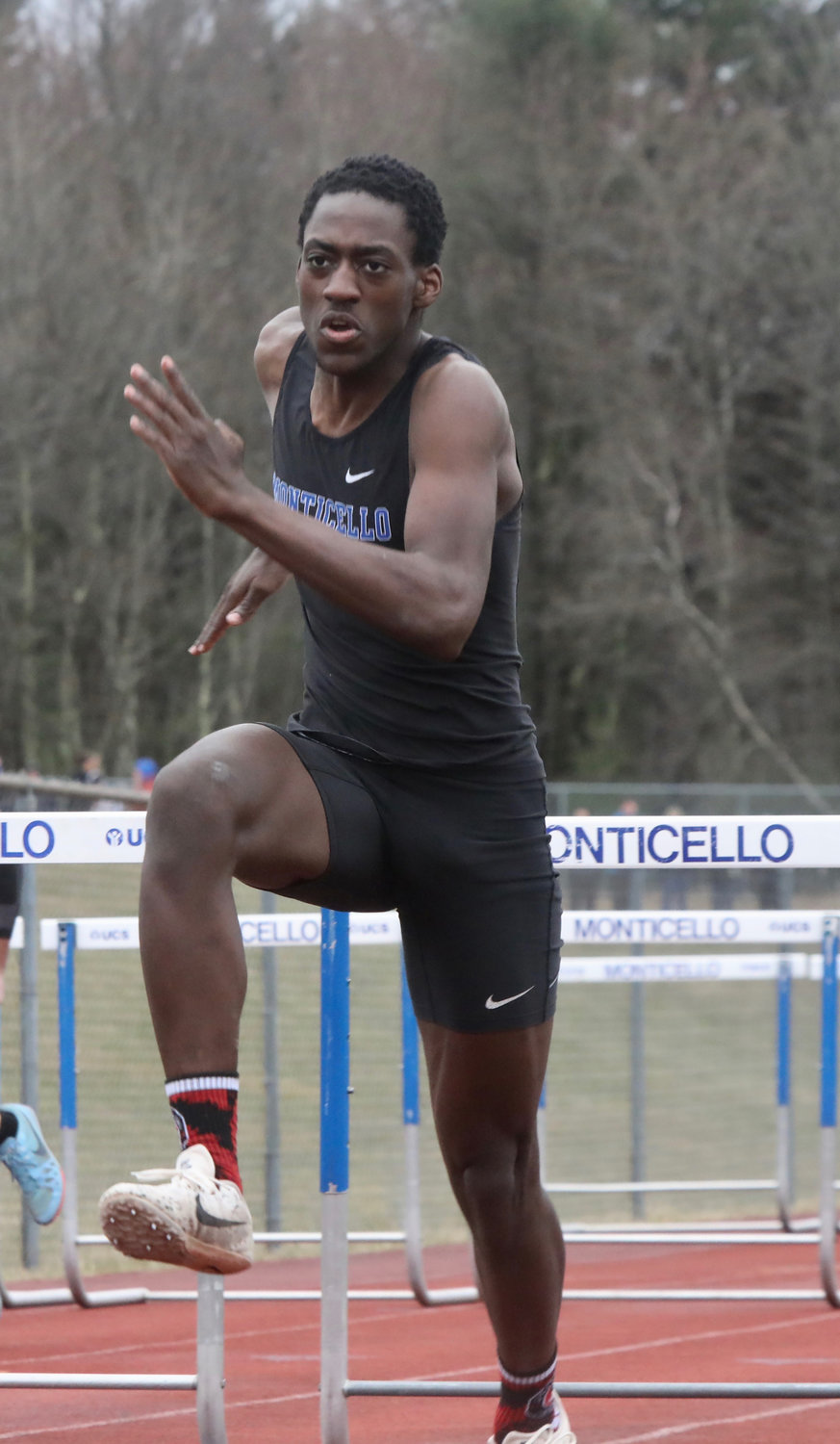 Monticello’s Tahir Denton, one of the premiere hurdlers in the county.
Richard A. Ross | Democrat 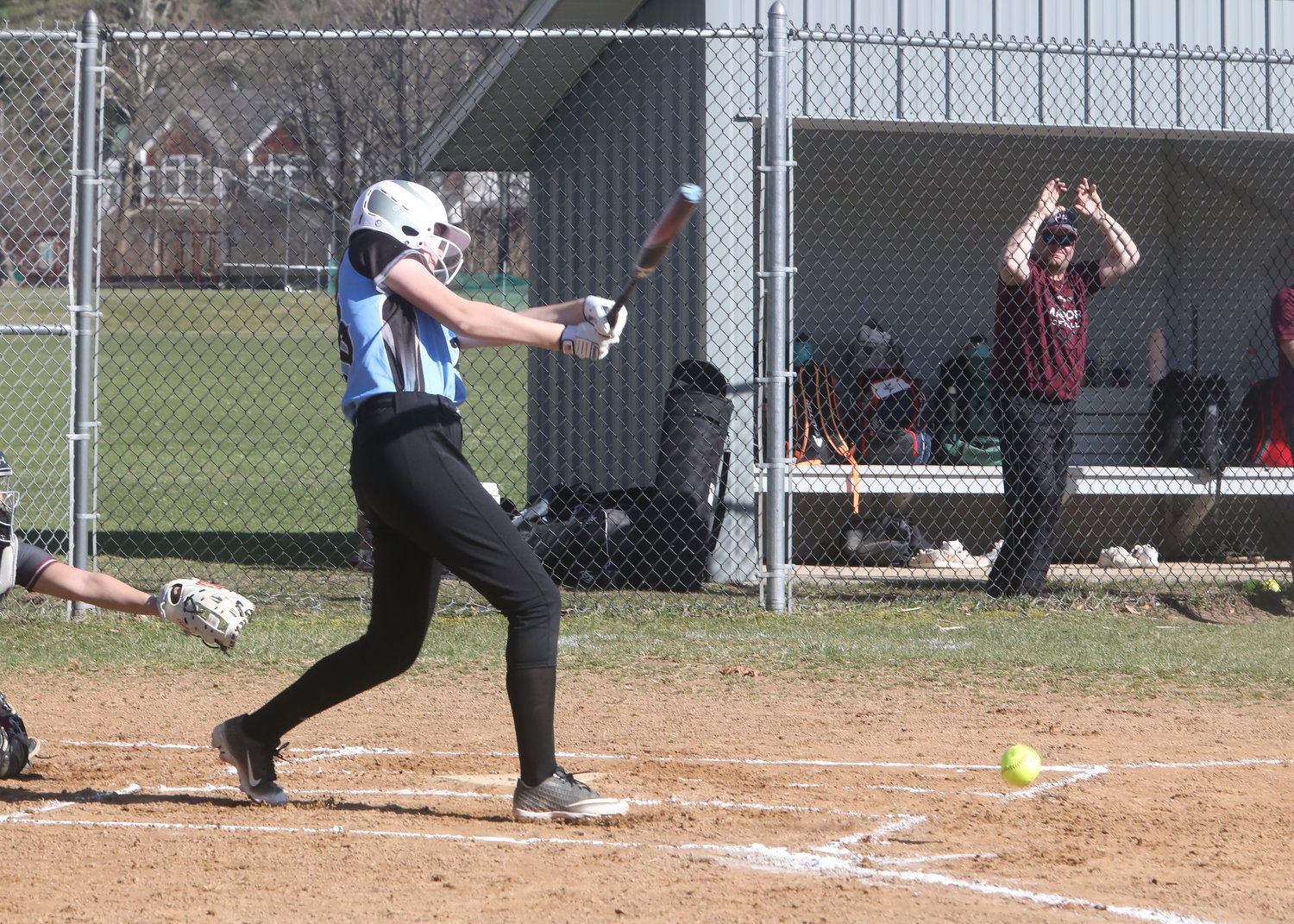 Elanie Herbert, a Sullivan West catcher, connects with a pitch in a non-league game against Livingston Manor.
Richard A. Ross | Democrat 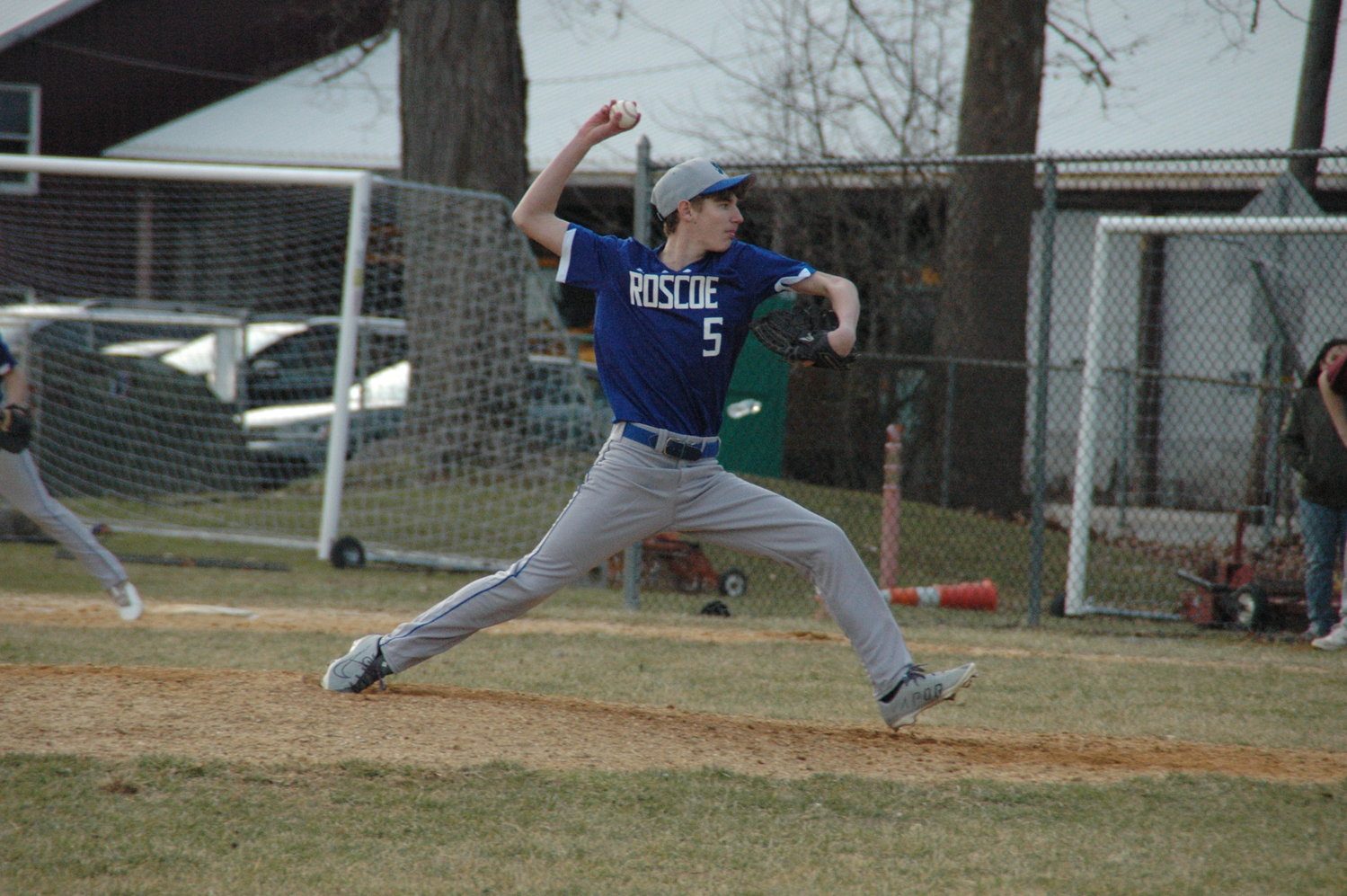 Anthony Zamenick, Roscoe, extends on a pitch out of the windup against Livingston Manor.
Anthony Morgano | Democrat
Previous Next
Posted Friday, April 22, 2022 6:20 am
Anthony Morgano

SULLIVAN COUNTY – Students return to school from their spring break on Monday, and with that return to classes comes a return to the spring sports.

Although there were some matchups scheduled over the break, inclement weather played a role in keeping the athletes off the fields. Hopefully the fields and courses dry up in time for some of the key upcoming matchups early next week.

On Monday, Tri-Valley heads to Liberty with both their Baseball and Softball teams. The Bears are looking to rebound after their three game skid before break, while the Lady Indians are hoping to stay hot after a big win against the Lady Comets. The Liberty and Tri-Valley golf teams are scheduled to face off at Terry Brae on Monday as well.

Eldred and Monticello will be clashing in both baseball and softball on Monday afternoon as well. The Eldred boys are sitting at 2-2, defeating Tri-Valley in their most recent game, while the Eldred softball team will see their first outing since their 40-0 season opening victory.

Fallsburg’s Baseball team will host Burke while their softball team will travel to Burke on Monday, both of the Comets’ squads are looking for their first wins of the year.

After the dust settles on Monday’s matchups, there are a handful more on Tuesday. Monticello and Sullivan West Golf will be squaring off against Monroe-Woodbury and Valley Central respectively.

Monticello Baseball will host Middletown while the Lady Panthers hit the road to play the Middie Bears.

Liberty will be taking on Minisink at Green Ridge Golf Course.

The Roscoe Blue Devils, still looking for their first win, will be headed to Downsville to take on their former merged teammates.

Chester and Eldred will face off in a softball showdown, and it will be a great chance for the Lady Yellowjackets to show off their skills.