In the summer of 1898, Harper’s Magazine published a novella by the noted author Stephen Crane entitled, “The Monster.” It is one of the first pieces of American fiction to … 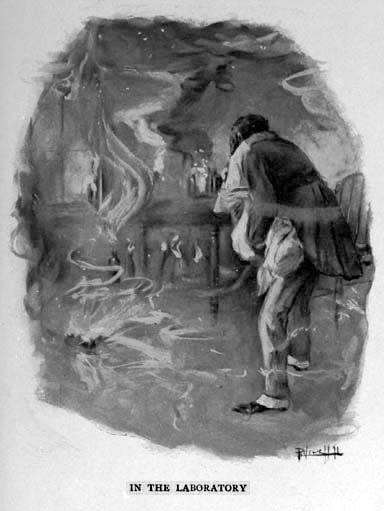 An illustration of Henry Johnson carrying Jimmie Trescott through the burning house, by Peter Newell for the original publication of "The Monster."
Contributed Graphic
Posted Friday, February 4, 2022 7:00 am
John Conway

In the summer of 1898, Harper’s Magazine published a novella by the noted author Stephen Crane entitled, “The Monster.” It is one of the first pieces of American fiction to realistically deal with racism and discrimination.

Crane, in the aftermath of the meteoric rise to fame that accompanied the publication of his Civil War novel, “The Red Badge of Courage” some three years before, was living in England when the story was published, but both his and the story’s ties to our area are undeniable.

“The Monster” is the saga of Dr. Ned Trescott and his family, including their coachman, an African-American named Henry Johnson. It is set in the fictional town of Whilomville, a thinly-disguised facsimile of Port Jervis, and while the Trescotts and Johnson are at its center, it is really the people of Whilomville – the community – that end up as the titular character.

There is a terrible fire at the Trescott residence, and young Jimmie Trescott, the doctor’s son, is trapped inside the house. Johnson saves the boy’s life, but is profoundly disfigured in the process. He is so badly burned that it is presumed he will die, and he is lauded throughout the community as a hero.

But Johnson doesn’t die, and eventually tries to return to the community – although hideously scarred and without most of his face. But the man who was momentarily a hero in death has now become a grotesque monster, and the revulsion of the community and their violent rejection of him become not just the crux of the story, but the irony of the title.

Literary critics and Crane experts have argued for years about the merits of the story – one called it “the greatest short story ever written by an American,” and the consensus is that it is one of Crane’s best – and about its inspiration.

Most have concluded that the story is based on an incident that occurred in Port Jervis in 1892 in which an African-American named Robert Lewis was lynched for allegedly assaulting a white woman.

Of more than 1,100 lynchings in the United States between 1882 and 1899, Lewis is believed to be the only black man lynched in New York State during that time, and the event was well-publicized.

While it is likely true that Crane used that incident as background for his story, especially given the fact that his eldest brother, William Howe Crane was one of the townspeople who attempted to thwart the Port Jervis lynching, we know from his earlier writings that Crane was an avid reader of James Eldridge Quinlan.

Quinlan wrote the “History of Sullivan County” in 1873, and there can be little doubt that Henry Johnson’s actions in the Trescott fire were at least in part inspired by the story Quinlan relates about the Monticello slave who, at considerable personal risk, tried in vain to save the Sullivan County Courthouse during the great fire of 1844. There are simply too many similarities to ignore.

Moreover, it would be surprising to many Crane fans if the story did not have some Sullivan County influence.

Much of Crane’s writing was done in Sullivan County and even more of it was inspired by his life here. He was quite fond of the county, and often claimed it as his home.

When, at the height of his fame following the release of “The Red Badge of Courage,” he was asked for biographical information, he wrote, "I live in Hartwood, in Sullivan County, NY, on an estate of 3,500 acres belonging to my brother and am distinguished for corduroy trousers and briarwood pipes. My idea of happiness is the saddle of a good riding horse."

While his most famous works – “The Red Badge of Courage,” “The Open Boat,” “Maggie,” and even “The Monster” – do not have direct connections to the county, there are strong indications that they were influenced by Crane’s life here.

For example, one of his characters in “The Red Badge of Courage,” the officer, Hasbrouck - "he ain’t afraid of nuthin’" - was based on Anthony Hasbrouck, an early Sullivan County politician and statesman, about whom Crane read extensively in Quinlan’s history of the county.

Other of Crane’s works – admittedly not as well-known – are actually set here, either entirely or in part.

“The Third Violet” is a love story set mostly at The Hemlock Inn, a fictional, but very realistic, Silver Age resort in the town of Forestburgh.

And the best glimpses Crane provides of life in the county are in his very first published works, which were later collected together and published as the “Sullivan County Tales & Sketches.”

John Conway is the Sullivan County Historian. Email him at jconway52 @hotmail.com.