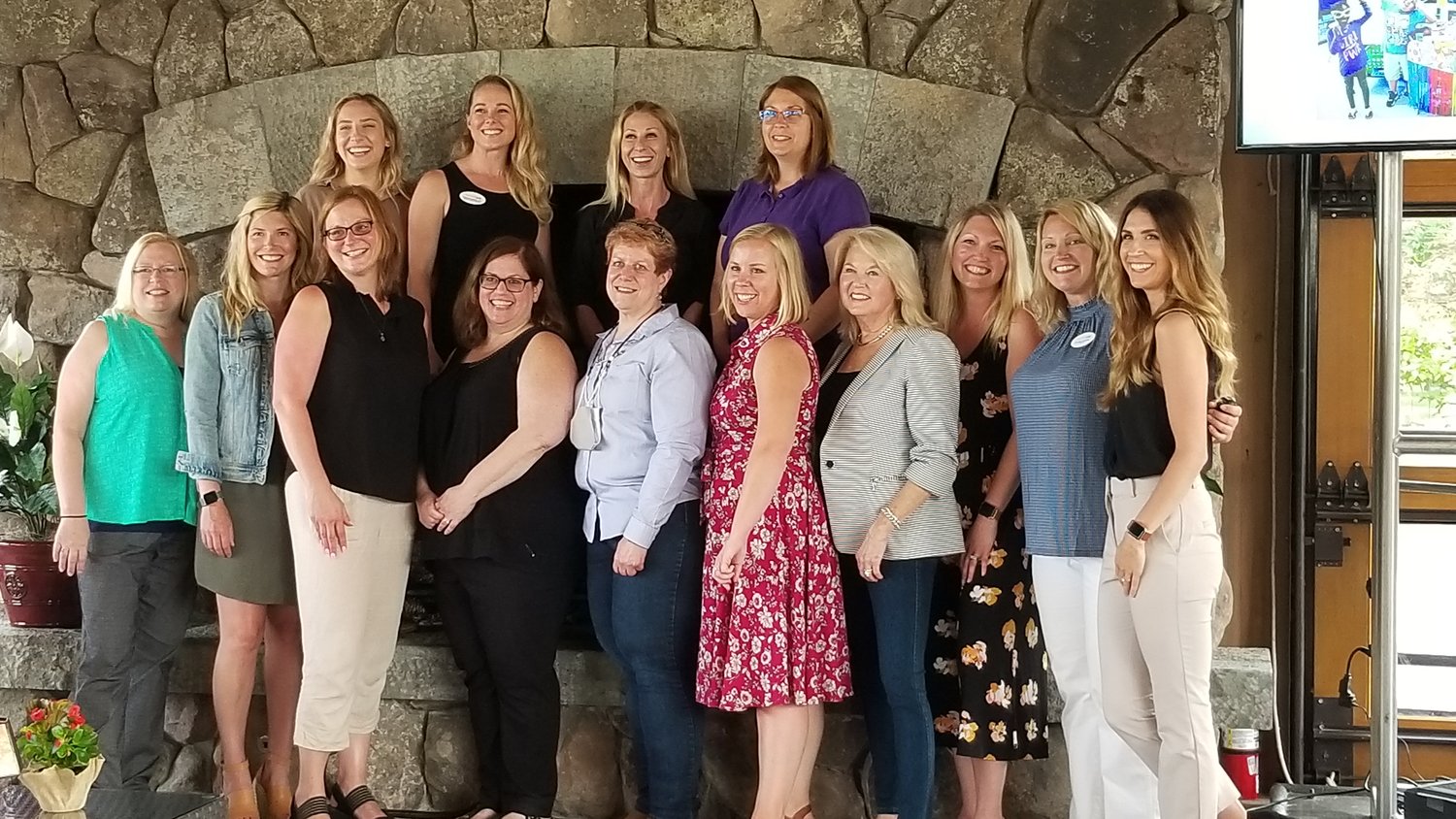 All of this year’s grant winners pose with members of Sullivan 180. Sandra Gerry, the founder, stands fourth in from the right side.
Samantha Montagna | Democrat
Posted Thursday, June 10, 2021 4:38 pm
By Samantha Montagna

BETHEL WOODS — “We are not just here to turn the tide on a virus; we are here to turn the tide on a long term mental, physical, and spiritual health of our most valuable resource: our children,” announced Amanda Langseder, the director of Sullivan 180 to a room full of students, educators and community stakeholders.
Sullivan 180 held an event on June 8th at the Bethel Woods Market Shed to celebrate educators’ efforts to improve local schools. Sullivan 180’s goal with the “Empowering a Healthier Generation” program is to invest into the children of today to ensure a healthier future for Sullivan County.

Langseder explained that Sandra Gerry, a founding Board Chair member of Sullivan 180 understood this concept and worked tirelessly to implement the idea that school-based wellness is essential to improving the overall health of the youth.

Sullivan 180 is tackling the many health problems that threaten the overall health of Sullivan County. Currently, Sullivan County is the 61st out of 62 New York State Counties in terms of health outcomes, according to the Robert Wood Johnson Foundation.

The County struggles with high percentages of students from low-income families who also struggle with food security, obesity and mental health problems. Opioid addiction is also a cause for concern in Sullivan County.
Jay Quaintance, Board Chair and president of SUNY Sullivan, told the crowd that the tools that educators are giving their students and the work that they are doing is “instrumental in turning around our health issues in Sullivan County 180 degrees.”

He continued, “I know we like to say one degree at a time, but I also think it’s one student at a time.”
There were several speakers and educators who announced the changes that were being made in Sullivan County’s schools. The director of Health & Wellness, Meaghan Mullally-Gorr, stated that Sullivan 180 is proud to have commitments from all eight school districts in Sullivan County and BOCES to implement programs to encourage health and wellness among staff and students.

Dr. Robert Dufour, Superintendent and CEO of Sullivan BOCES, addressed the opioid crisis in Sullivan County. He said that while “we want prevention, but we also have to acknowledge that prevention is not always enough.”

He announced that a NaloxBox would be delivered to every school in the county. A NaloxBox is an emergency box with a Narcan Kit to save someone’s life if they are undergoing a suspected opioid overdose. He said that the second portion of this is to train teachers, staff, administrators, parents, visitors and students in the use of Narcan.

“If one of these boxes saves one life in Sullivan County, then we have done our job,” he said.
Educators from every district in the County gave an update of the programs they are implementing into their schools. Some programs and practices being utilized are supplying water bottles, installing water fountains, starting gardens and teaching students how to maintain them. Other initiatives include sensory paths, increasing mental health education, programs to increase walking, step challenges, fitness tracking and nutrition education.

Langseder announced the Turtle Awards for 2022. Districts will have the opportunity to earn a $500 award if they show excellence in increasing the different aspects of wellness in their schools.

After, Sullivan 180 announced the winners of the 2021 Empowering a Healthier Generation Preparation Phase Semester 1 Grant awards. Ten schools in Sullivan County were awarded with a $1,000 check to keep making strides towards their wellness goals.

Before and after the speakers, educators had the opportunity to network with the various organizations that are affiliated with Sullivan 180.