SULLIVAN COUNTY –– When the warmer spring and summer weather arrive, the Sullivan County Women’s Softball League gets started. After last night’s matchups, many of the teams … 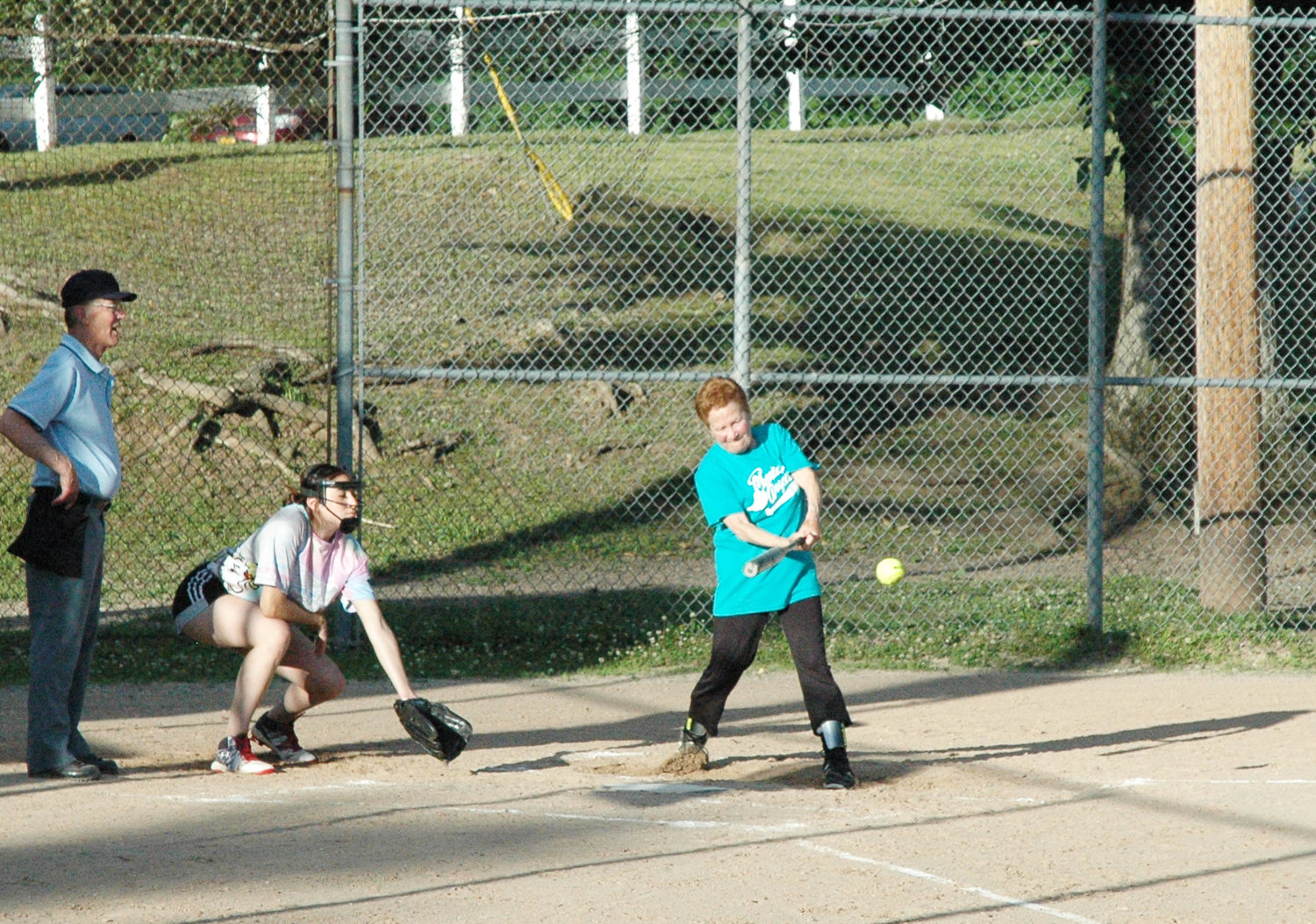 Jo Walls times up a pitch and gets ready to head towards first.
Derek Kirk | Democrat
Posted Friday, July 8, 2022 6:20 am
Anthony Morgano

SULLIVAN COUNTY –– When the warmer spring and summer weather arrive, the Sullivan County Women’s Softball League gets started. After last night’s matchups, many of the teams have played at least ten or more games.

With Charlie’s Angels handling Fallsburg Lumber 26-5 and Kel’s on the Lake / Bat Girls Club beating Fosterdale 14-7 on Wednesday, the middle of the standings have gotten a bit closer for the A Division. L&B Tack still holds the lead with a 12-2 record, followed closely by Kel’s at 10-3. However, Fosterdale (8-6) holds just a one game lead over Charlie’s Angels (7-7), and both teams played again Thursday night.

The B Division, currently with only five teams, has just two teams over .500, but two more that are just below. Fortress Bikes is in first place through their first ten games with a 9-1 record. The Warriors are right behind them at 10-2, though they have more wins, that extra loss lowers their winning percentage.