Luge, not given the attention of mainstream sports such as football, basketball, soccer, baseball, hockey, tennis, etc., at least here in the U.S., draws the eyes of casual spectators every four … 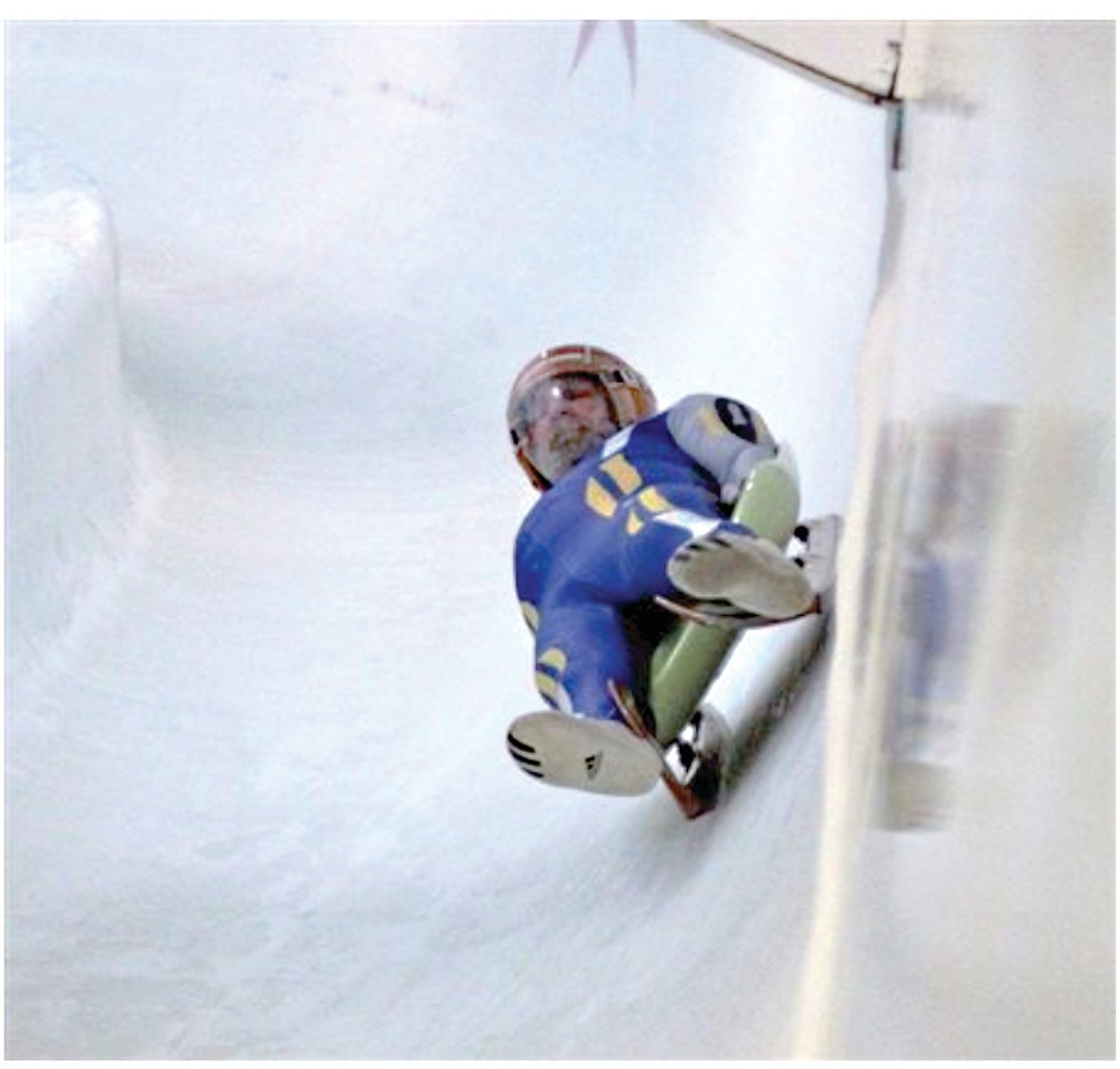 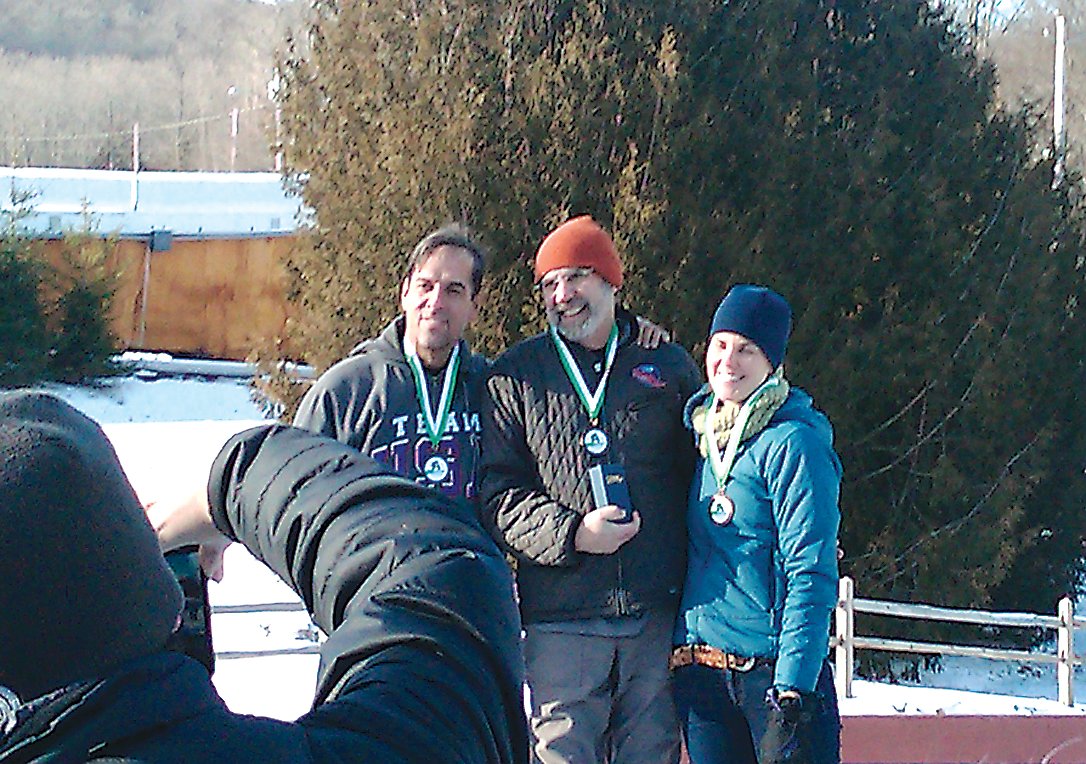 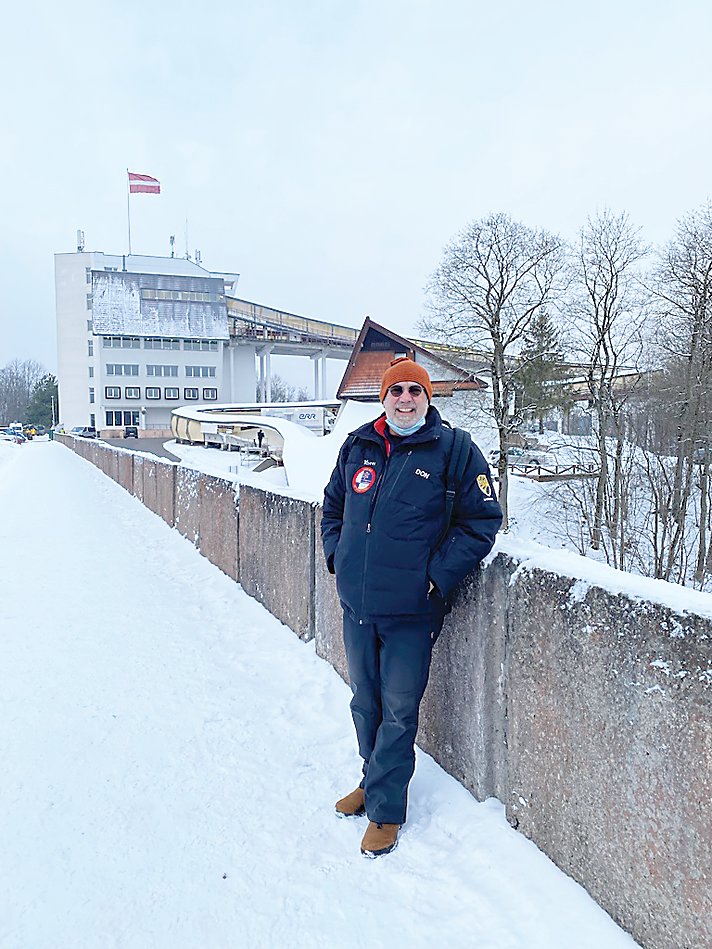 Simkin on a trip to Sigulda, Latvia.
Contributed photo
Previous Next
Posted Tuesday, April 26, 2022 7:04 am
By Joseph Abraham

Luge, not given the attention of mainstream sports such as football, basketball, soccer, baseball, hockey, tennis, etc., at least here in the U.S., draws the eyes of casual spectators every four years at the Winter Olympics.

Having fallen in love with the Winter Olympic Games when they were held at Lake Placid in 1980, Don Simkin, a longtime dentist in Livingston Manor and Monticello, decided to attend a sports medicine conference in Indianapolis to see if he could get involved.

That trip changed his life forever.

There he met Dr. I. Lawrence Kerr, then past-president of the American Dental Association and a member of the U.S. Olympic Committee’s Sports Medicine Committee, who encouraged him to write to the U.S. Olympic governing bodies in New York State. Simkin took Kerr up on the advice and offered his services to make mouth guards for both the U.S. Bobsled and Luge teams, and thus began his Olympic journey in 1986-87.

US Bobsled faced several challenges in the 80s, Simkin explained, and when they temporarily moved their operations to Calgary, Alberta, Canada, he decided to just stick with luge. During the 4-year periods between Olympic Games, Simkin also did examinations and evaluations of athletes’ teeth.  In fact, after the ‘88 Olympics, Simkin did a full mouth reconstruction for a Bosnian luge athlete.

Simkin volunteered his professional services for the U.S. Luge Team until about a decade ago. He has attended every Winter Olympic Games as a spectator and friend of the sport since the 80s, with the exception of the recent games in Beijing, which heavily restricted attendance.

Simkin is an international luge official, a former luge masters athlete and currently sits on the USA Luge Team’s Board of Directors.

Getting on the sled

Simkin’s first up close and personal luge experience was in Sarajevo for the ‘84 games.

“It looked really cool,” said Simkin, who was later encouraged by one of the coaches to give it a try while they were in Lake Placid.

After being given a brief set of instructions, they pushed Simkin off.

“I did not appreciate how subtle the movements had to be in order to affect the turns on the sled,” said Simkin, “so I probably hit every possible thing I could hit … every wall on my right side, knowing that I was going to be back next week, and be able to correct [my mistakes].”

However, that wasn’t exactly how things played out.

“The following week, I went back up to Lake Placid and hit everything on my left side that I could possibly hit and I said, ‘Well, I'm going to be 40. I'm glad I tried this.’ I wish I did it when I was 12!”

Not long after his son Vincent was born, Vinny kept asking his dad when he’d be able to try the sport. Finally at age 10, and 15 years after his own luge attempt, Vincent received his father’s blessing.

Simkin brought him upstate to the Adirondack Luge Club, and while there, was surprised to see a bunch of adults participating as well.  Therefore, Simkin told himself, “If these guys could do it, I certainly could.”

The next year he and his son joined the club, participated in events nationally and abroad, and won a few medals in the process. Simkin encourages anyone in the State with an interest in the sport to become involved with the Adirondack Luge Club.

“We really, really enjoyed it,” said Simkin, who retired from competition about 15 years later (at age 70) after breaking his back on a run, crashing between curves 18 and 19.

Having successfully recovered from the serious injury and with his days as an athlete in the past, Simkin still thinks about the sport often.

“I still take, as we call them, mind runs and I do make that transition between 18 and 19 much better in my head than I did in person that night,” said Simkin. “But that was a spot that never really gave me a lot of trouble, historically.”

The sport of luge has brought Simkin many fond memories, travels and friendships, especially with fellow Rotarians he’s met across the globe while attending various Olympic Games. Those relationships and the people he’s met along the way are a few of the things Simkin cherishes the most from his luge experience.

“The dedication that you see in these athletes and their coaches is very admirable,” said Simkin. “Luge is what used to be referred to in the Olympic community as an orphan sport. It's not like skiing or gymnastics or swimming where great numbers of people are exposed to it …”

The luge community, as Simkin explained, is very tight-knit, with everyone knowing one another.

“If you're an adrenaline junkie, you kind of make it with these people,” Simkin joked of his luge friends. “While they may have different professional backgrounds, that need for speed is definitely a common denominator. And as I used to say, ‘if you like to go fast, try luge.’ ”

For our full interview with Simkin, check out the Sullivan County Democrat Podcast channel on SoundCloud, Apple Podcasts, Spotify and TuneIn. Our new Sullivan Personalities series profiles individuals from different backgrounds with unique experiences who have either grown up or relocated to Sullivan County.