LIBERTY – At Monday’s County of Sullivan Industrial Development Agency (IDA) Board Meeting, there was a discussion about an application for benefits from the Sunset Lake Local Development … 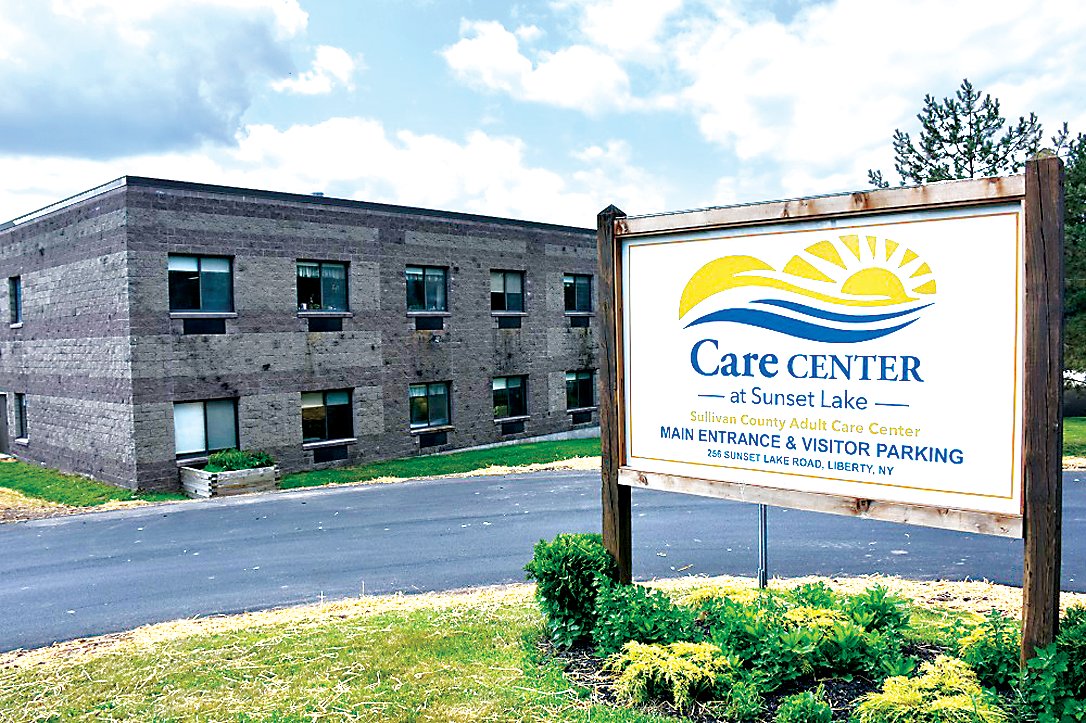 LIBERTY – At Monday’s County of Sullivan Industrial Development Agency (IDA) Board Meeting, there was a discussion about an application for benefits from the Sunset Lake Local Development Corporation (LDC) for the Care Center at Sunset Lake.

IDA Counsel Walter Garigliano said the IDA was contacted by the LDC to see if they’d intervene and take an interest in the property, so that “there would be a known amount of PILOT payment due versus the uncertainty that the taxing jurisdictions and operator would have over the next few years, while navigating a dispute over the taxable status.”

Therefore, they’ve asked the IDA to consider a deviation from their Uniform Tax Exemption Policy (UTEP).

The PILOT (Payment in Lieu of Taxes) request proposes that the LDC pay the IDA $350,000, due January 2023, with the annual amount of the PILOT increasing by the percentage increase in the Consumer Price Index but with no annual increase exceeding two percent. The period of the exemption shall not exceed 20 years and the PILOT request is for the period of time the LDC shall lease the project to Sullivan County plus a period not to exceed 20 years thereafter.

According to the Sunset Lake LDC’s project application, located on the IDA’s website, the IDA’s financial assistance will induce Infinite Care, the operators of the Care Center, to provide $3,000,000 in improvements to the facility.

The only action relating to the LDC’s application that the IDA Board took at Monday’s meeting was approving a resolution authorizing and directing IDA Executive Director, Jennifer Flad, to send a letter to the affected taxing jurisdictions [County, Town of Liberty and Liberty Central School District], informing them of a proposed deviation from the IDA’s UTEP.

The reasons the IDA is considering the proposed deviation, as stated in the resolution, are as follows …

“(1) The Company [LDC] and Town are in a dispute regarding the taxable status of the real property upon which the Project is located;

“(2) If the Agency [IDA] takes an interest in the Project, the underlying real property will be exempt from ad valorem real estate taxes;

“(3) The proposed fixed rate PILOT payment due January 1, 2023 is substantially equal to the estimated ad valorem real estate taxes which would be due for the 2022/2023 School Tax year and 2023 County and Town Tax year if the Agency [IDA] was not involved with the Project;

“(4) The Agency’s interest in the Project will make the outcome of the Dispute irrelevant as to ad valorem real estate taxes due from and after September 1, 2022 (“School Tax”) and January 1, 2023 (“County and Town Tax”) for the life of the Project; and

“(5) The Company [LDC], the Affected Taxing Jurisdictions and any prospective transferee of the Project from the Company [LDC] can budget for and expect to receive a sum certain or a sum rationally predictable as a PILOT payment and avoid the uncertainty associated with final resolution of the Dispute.”

The IDA Board will consider comments received by the affected tax jurisdictions at their regular meeting on February 14.

The involved parties
Sunset Lake LDC Chairman Lowell Feldman told the Democrat that the LDC board is tasked with prioritizing patient care with community needs and county burdens.

“Long term we want to see the property pay an appropriate level of real property taxes and have applied to the IDA to bring payment certainty to all parties,” said Feldman.

Town of Liberty Supervisor Frank DeMayo told the Democrat that he supports the efforts of the IDA in attracting business, and that while he hasn’t seen the LDC’s application, if the PILOT is close to what they’re paying now, “Why would I argue with that?”

“If they [the LDC] have a dispute with regards to the taxes, they haven’t come to us about it,” said DeMayo. “I know what's been said out there publicly, but we have nothing on record that suggests that they're disputing these taxes. They haven’t come to the assessor’s office. They haven't filed any paperwork. I don't know what their plan is, but I guess time will tell.”

DeMayo reiterated that while some have suggested the decision to put the LDC on the tax rolls was Liberty’s choice, he said it wasn’t a choice and that the town’s assessor was doing what was required by law.

“We fully support the Care Center at Sunset Lake and think it's a tremendous asset to our residents and our community,” said DeMayo. “We’re honored to be the host community for it.”