LOCH SHELDRAKE -- For the twelfth straight year the Sullivan County BCANY vs. Cancer Classic was a stunning success not just in terms of staging some amazing local basketball, but more importantly … 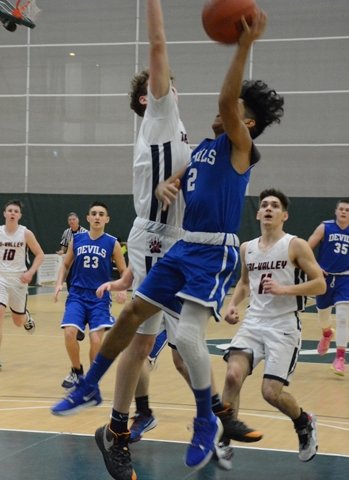 Roscoe upsets T-V Despite having fewer wins on the season, Fred Ahart's Roscoe Blue Devils once again had Tri-Valley's number, winning the 12th Annual BCANY Coaches vs Cancer Classic opener 57-54. The Bears had an opportunity to tie the game with seconds remaining, but couldn't convert. Alaniz Ruiz (pictured) led the way with a game-high 21 points for Roscoe.
JOSEPH ABRAHAM | DEMOCRAT 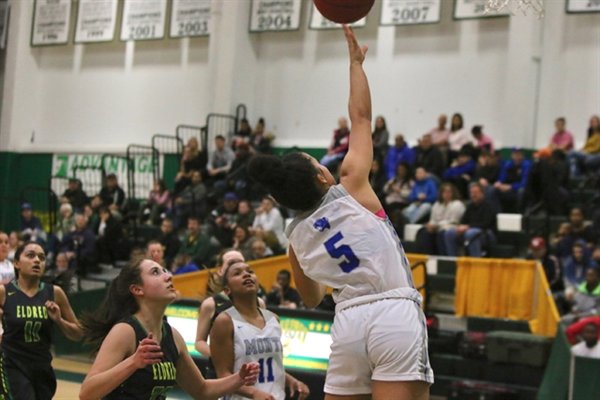 Monti girls down Eldred again Monticello's Ahliyah Hart rises up for two in the Lady Panthers' 49-32 win over Eldred. It was the fifth win of the season, the most in years reflecting the brilliant mentorship of Coach Ryan Jasper.
RICHARD ROSS | DEMOCRAT 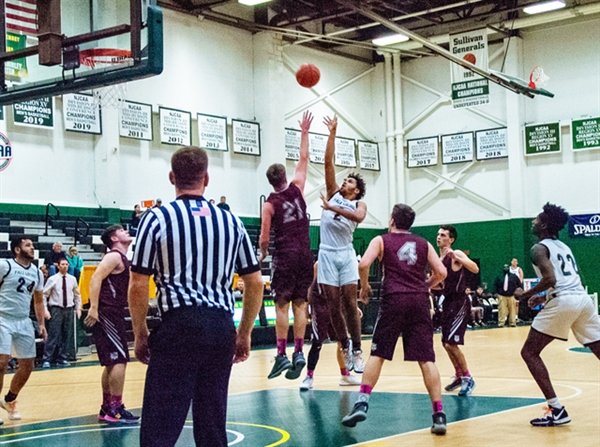 Comets soar over Wildcats Dereck Williams, who led with 22 points, went all the way up to float a shot over Livingston Manor's Connor Gorr. Fallsburg was able to press effectively throughout the game and force a lot of Livingston Manor turnovers to help guide the Comets to a 48-37 win. The Wildcats began to mount a comeback after being down 13 at the start of the fourth quarter, but after cutting the Fallsburg lead to six, a few key shots and free throws with less than two minutes remaining sealed the game for the Comets.
ANTHONY MORGANO | DEMOCRAT 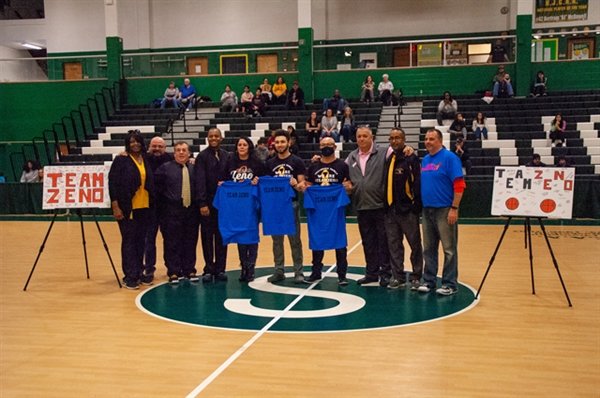 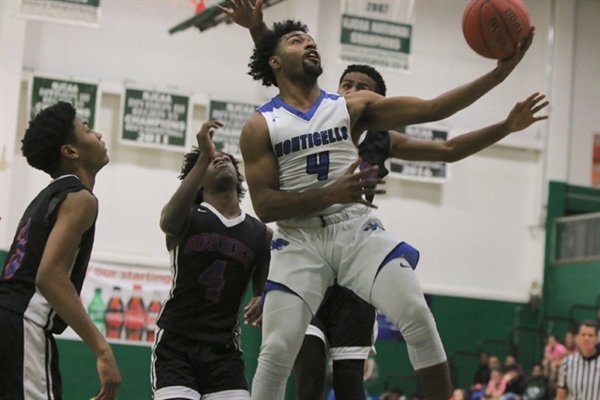 The Monti boys trounce Goshen behind best play in the Chris Russo era. Monticello senior Josh Gattling was unstoppable on offense and relentless on defense in the Panthers' league thrashing of Goshen. Gattling netted 32 points in the fray which clinched a sectional berth for the Montis.
RICHARD ROSS | DEMOCRAT 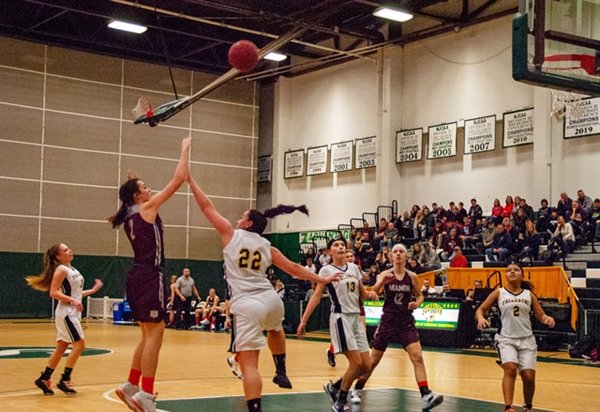 Second half surge Samantha Severing and the Livingston Manor Lady Wildcats put together a strong second-half performance to secure a 40-22 win over Fallsburg. Samantha Severing led all scorers with 13 points, while Shauna Bellacicco led Fallsburg with six. The Lady Wildcats were trailing 20-18 at halftime, but made adjustments that stalled Fallsburg's offense in the last two quarters.
ANTHONY MORGANO | DEMOCRAT 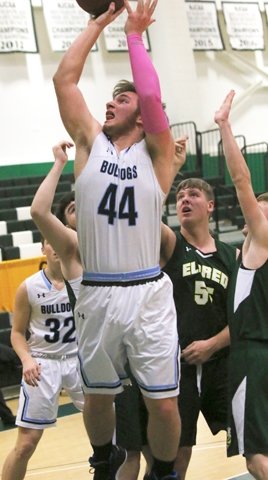 LOCH SHELDRAKE -- For the twelfth straight year the Sullivan County BCANY vs. Cancer Classic was a stunning success not just in terms of staging some amazing local basketball, but more importantly for its successful mission to raise money and community awareness in the ongoing battle against Cancer.

This year's fundraising total of upwards of $6000 dollars was the greatest in the history of the event. Donations poured in from attendees as well as those who could not make the event. That this tournament was dedicated to Fallsburg's Amanda Zeno and Team Zeno made the battle seem even closer to home.

Monticello Coach/BCANY President Christopher Russo summed up the event he has organized and marshaled these past dozen years: “Many people want to thank me for this event, but I cannot do it without the help and support of so many. My family, the other coaches and Athletic Directors. I am so grateful to Chris Depew, Brent Wilson and the staff at SUNY Sullivan. The facility and the people working there all weekend are donated to the event, which allows us to give all the money raised to the cause.”

“It is fantastic that we can help them with the BCANY vs Cancer Classic,” he said. “It is our community hospital and so we are helping people who live and work right here in Sullivan County.

“Although I wish we didn't have to, it makes us all feel good that we could honor Amanda by dedicating the event to her and make the donation in her name,” Russo continued. “A portion of the funds will go to her as well. She is such a tough young woman and has handled this with grace and class.

With the support of her family, teammate, friends, and the basketball community she continues to fight with a determination like no other. I want to thank Maria, Jamie, and Athan for being at the event for the dedication -- I know it wasn't easy for them, but it was an opportunity for them to feel our love and support.”

The highlight of the high school games was most assuredly the Monticello boys' 93-41 thrashing of Goshen. Having borne witness to Monticello basketball since 2002 I would have to categorize this level of play throughout the entire game as the zenith of Panthers basketball thus far.

“We were outstanding on both ends. It is arguably the best any team of mine has ever played,” Russo said. “We were relentless on defense, shot the ball very well, played unselfishly, were happy for the success of teammates, it is what you want every game to be like. During pregame we talked about being disruptive defensively -- we have to take teams out of their regular rhythm. Josh sets the tone for us and the whole team follows him. He is a tenacious defender. We certainly were disruptive; they really couldn't get anything going and we caused over 20 turnovers.”

Russo concluded by saying, “I am so proud of how we played, especially in this event. These guys get it -- there are things greater than ourselves and we have all been affected by cancer in some ways. They all know Amanda and seeing her go through this hits home for all of them. They wanted to go out tonight and play for Amanda; I know she would have loved to see us play tonight.”

Bryant and Stratton of Albany 76

Bryant and Stratton of Albany 78.