WARWICK- “Dreams are not what you see in your sleep, dreams are things that do not let you sleep,” averred legendary soccer icon Cristiano Ronaldo of Serie A Club Juventus and captain the … 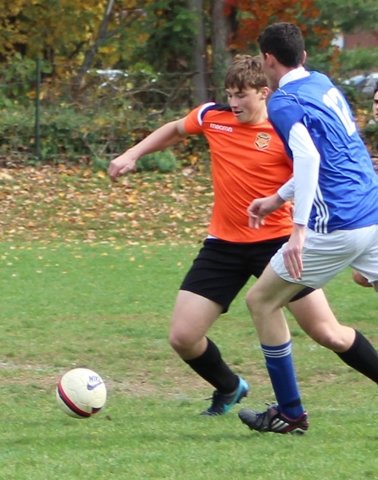 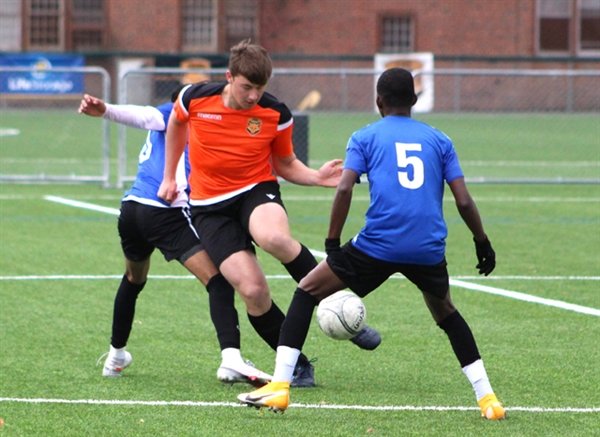 SW's Ryan Mace has been proactive about improving his talents on the pitch during the pandemic.
CONTRIBUTED PHOTO 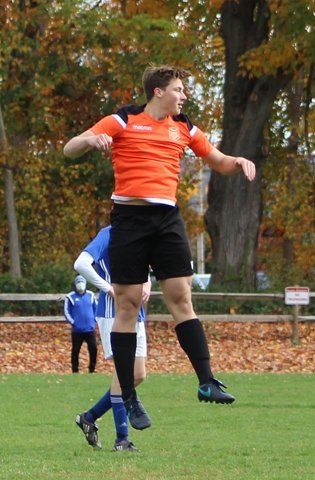 WARWICK- “Dreams are not what you see in your sleep, dreams are things that do not let you sleep,” averred legendary soccer icon Cristiano Ronaldo of Serie A Club Juventus and captain the Portugal national team. Ronaldo, who is regarded as one of the greatest players in the world, if not of all time, regards his passion for the game of fútbol as a dream he never awakens from.

For Sullivan West senior Ryan Mace, the intense love of the game of soccer while not as all-consuming as Ronaldo's, is certainly the stuff of his dreams. A three-sport athlete who also plays basketball in the winter and was looking forward to last spring as a chance to widen his horizons as a high jumper in track as well as a golfer, reveres soccer above all of his other athletic ventures.

For Mace, life on the pitch is no mere high school pastime, it is a preamble to playing the game at the next level, hopefully at SUNY Cortland where he aspires to major in exercise science and go on to get a master's degree in Athletic Training. Ultimately Mace dreams of traveling with a pro team as an athletic trainer. To hold fast to one's dreams requires dedication, perseverance, hard work and a touch of good fortune. Mace evinces the first three with unshakeable intensity. Good fortune on the other hand is something we cannot control.

And so it was that good fortune suddenly vanished with the onset of the Covid-19 pandemic and the postponement of Section 9's soccer season until March.

Mace was facing the unthinkable as the fall loomed devoid of the game he so loves to play. Then as fate would have it, fortune reappeared in the form of an opportunity which has led Mace to play a brand of soccer he would never have been able to access if the school year had unfolded normally. Hoping to be a lifeguard this past summer, Mace found that aspiration nixed by the pandemic. His close friend Jason Gaebel was working for Butchie's Organic Farm owned by Scott Goodman who happens to be an Administrator and part of the management team of Fox Soccer Academy (FSA) founded by Christian Fuchs, 2015-16 Premier League Champion with Leicester City FC.

Gaebel and Mace worked for Goodman's neighbors who own Dave's Backyard Skewers and Mace's ongoing contact with Goodman led to the latter's suggestion that he tryout for the newly formed FSA team comprised of players born in 2002 and ranging in age from 17-18. Fox Sports Academy is located in Warwick and is based in the Hudson Sports Complex which houses two full outdoor fields, two indoor fields and a dome.

Fuchs, known worldwide for his laudatory professional soccer career founded FSA in 2015. “With FSA I want to offer talented soccer players the chance to develop their skills in a fun, friendly and professional environment. Our international setup allows us to showcase the best talent to national and international scouts to support them throughout their journey,” notes Fuchs.

What a great portal for Mace whose talent is well-known across Sullivan County and Section 9. Not surprisingly, he made the team. Since he is only attending school on Mondays and Tuesdays, the four day-a-week commitment to FSA works perfectly. His practice sessions run from 5-6:30 p.m. and twice a week he stays on for the pro-practice session comprised of players who have already completed the college circuit. Those practices are from 8-10 p.m.

Mace joined halfway through the practice season so he has been working hard to fit in. The team has players from Section I, who by the way, are playing a full school schedule. Also on the team are players from Rockland and Orange County including S.S. Seward's Tommy Bracken, a familiar foe to Mace who scored the goals in the Section 9 title game that snatched a potential SW victory and delivered it into the hands of the Spartans.

No longer adversaries, they are now fellow Foxes. Games are played on the weekend. The entire enterprise evinces great safety protocols about Covid-19. All coaches and spectators must wear masks at all times. The players must also until they reach the bench. They have their temperature taken before gaining access to the complex and must fill out a form affirming that they have not been exposed to anyone with Covid-19 nor are suffering from any symptoms.

Players have the option to wear masks during competition and practice. Some do including the Section I athletes who are required to wear them during their school games. Mace who felt his conditioning edge blunted by the Pandemic, had attended clinics in New York and New Hampshire. But the rigors and intensity of the Fox Soccer Academy regimen got him back into shape forthwith.

“I've changed my focus to deploy better touches, controlling and carrying the ball,” Mace notes. “The power of my shot has increased and become so much more effective due to the specificity of the drills we're doing,” he adds.

Last spring Mace briefly considered doing travel team soccer in lieu of school sports but he changed his mind. Then Covid hit and he had neither. As part of his ongoing conditioning, Mace got a membership at the Villa Roma gym and does workouts that include cardio and target all parts of his body. The newly formed Fox team has players who are still developing team chemistry as they have not played together before.

Mace notes that the caliber of the play is vastly different from what he has experienced at school. “Ninety-five percent of the players engage in soccer exclusively unlike kids at school who go from one sport to another during the year.”

Each game is a learning experience. Mace is coming in off the bench at present contributing his energetic play at right mid and striker. His speed, size, agility, sharp instincts and aggressiveness to the ball are strong assets. The last game of the season is scheduled for November 21 so he will be able to play basketball for Sullivan West if the winter season goes forward as is currently planned.

If not, the indoor practices at FSA will continue. Come spring, Mace will hope to be back on the SW soccer pitch hopefully leading the Bulldogs back to the Section 9 title game.

For now, Ryan Mace is certainly filling the void left by the Covid-19 pandemic. But his efforts at FSA are no mere fillers of a space left empty by school sports cancellations. They are the brick and mortar of a soccer career and a future in athletic training that will indeed form the dream that will come to life for many days and nights in the years to come.