‘The adventure begins’ in Monticello as the museum opens on Broadway

In an empty warehouse space that used to house a Buick dealership and, at one point, vending machines, a new museum has opened its doors along Broadway in Monticello.

Assembly, the brainchild of …

‘The adventure begins’ in Monticello as the museum opens on Broadway 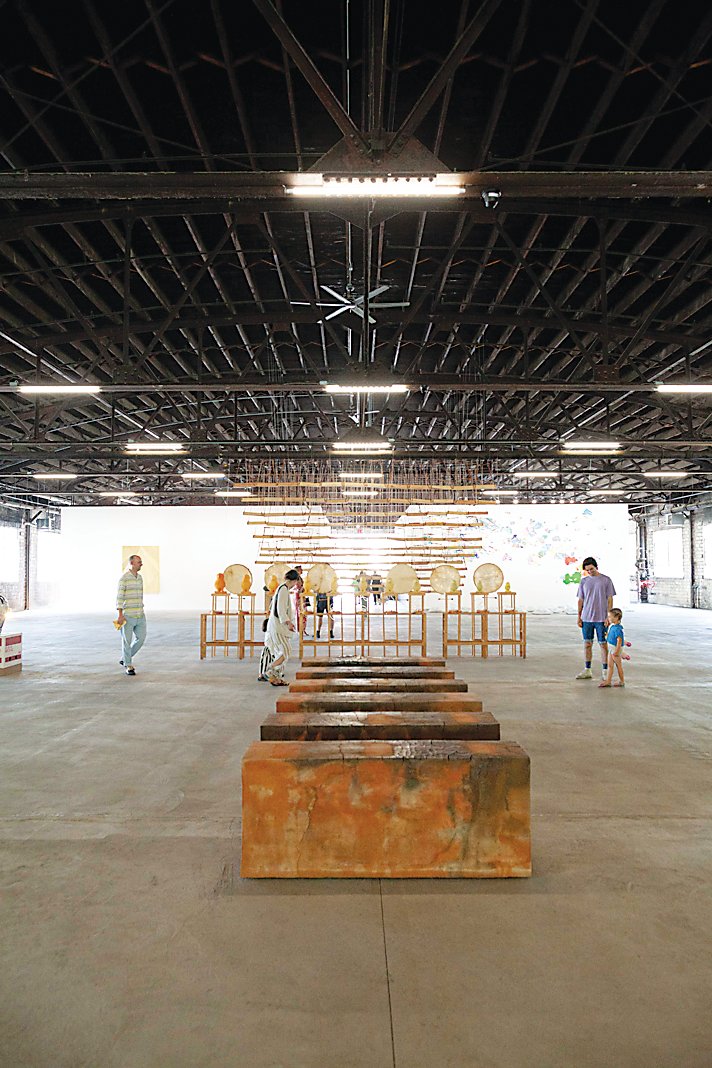 Assembly in Monticello, located on Broadway, is a contemporary art space that is a “multicultural and diverse space that welcomes people from all backgrounds.”
Patricio Robayo | Democrat
https://alpha.creativecirclecdn.com/scdemocrat/original/20220527-143228-PR_BroadwayArt-8.tif.jpg 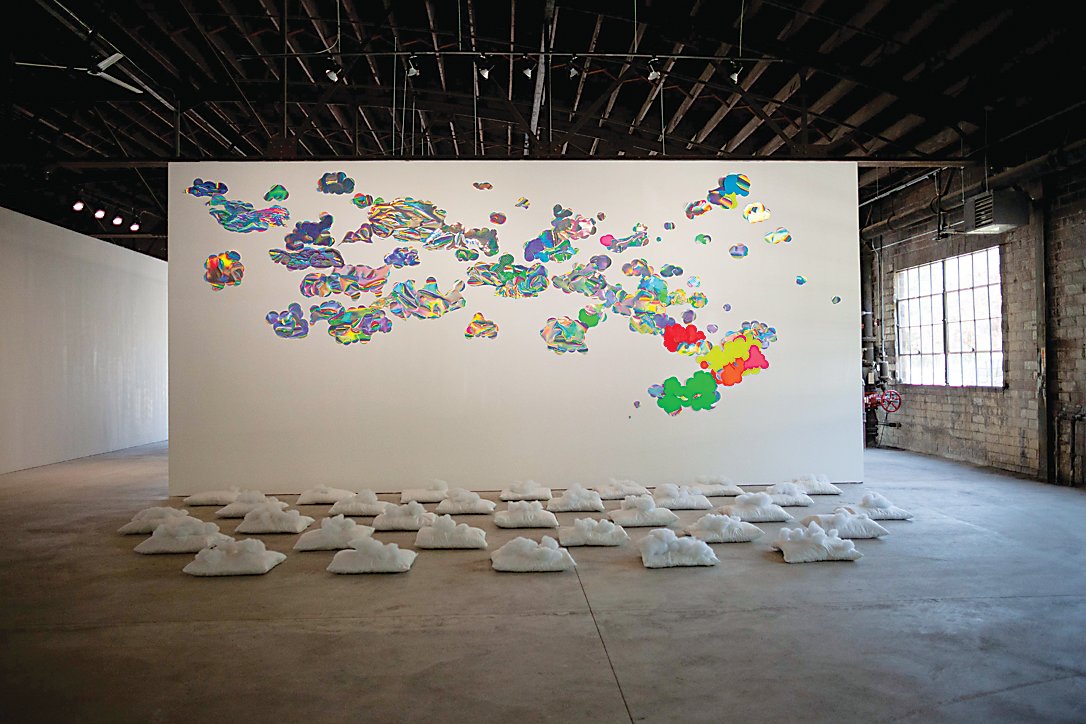 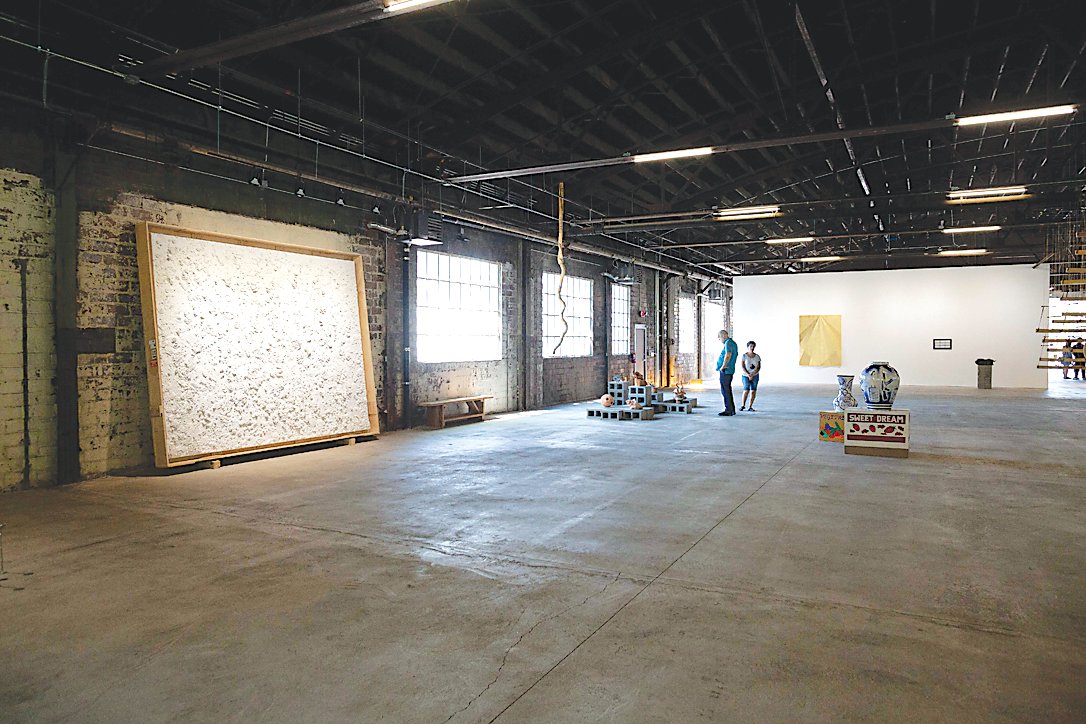 What was once a Buick dealership on Broadway in Monticello is now a contemporary art space.
Patricio Robayo | Democrat
Previous Next
Posted Tuesday, May 31, 2022 6:10 am
By Patricio Robayo

In an empty warehouse space that used to house a Buick dealership and, at one point, vending machines, a new museum has opened its doors along Broadway in Monticello.

Assembly, the brainchild of Mexican-born artists Bosco Sodi and Lucia Corredor, is a private contemporary art space that is currently featuring the work of 21st-century artists.

“I think art spaces should be opened where they are needed the most, and I think Monticello is the case,” Sodi told the Democrat. “I believe that Assembly can really change the dynamic of the place.”

According to the museum’s website, the art space desires to be a “multicultural and diverse space that welcomes people from all backgrounds” and currently is exhibiting not only Sodi’s work but over 16 other artists.

Mexican architect Alberto Kalach restored the empty dealership space with the intent for the museum to become “the construction of dialogues between the international art production and the local community.”

Additionally, Assembly wants to connect the artist in the exhibitions with the audience with a series of workshops, talks, and other educational programming.

Based out of Brooklyn, Sodi recently told the New York Times that he noticed this empty space on Broadway while visiting Sullivan County for his fiftieth birthday.

Sodi is known for his use of natural materials to create large-scale works or paintings that explore the material used and the connection between the artists and the work.

The museum is divided into three galleries - Focus Gallery on the ground floor, the main floor and the Basement Gallery.

The museum examines the problem with significant artworks; after they are shown, they get placed back into crates and left in storage.

In this gallery, those items are “rescued” from storage and are once again out in the view of the public.

The work is large and interactive; you can walk around it, go under it, see it from all different angles. You can watch the artwork shift tones and shades as the light changes and makes its way into the warehouse through the windows.

While the space is vast and open, the pieces help the space feel intimate as you wander around the once empty warehouse space.

Village of Monticello Mayor George Nikolados said the building sat empty for so long that he is happy that the museum has opened on Broadway and hopes it is the start of new life in Monticello.

“It’s just incredible to me. I believe this is going to be an anchor to bring this sort of cultural art to the village. I’m extremely excited to see it,” said Nikolados.

He added, “I hope this is the start of many galleries to open and new people coming to Monticello.”

The museum is open Thursday through Sunday by appointment only. Sodi said in an interview that he plans to open a restaurant next door to the museum for those who come to visit to have a place to eat.

After the opening, Sodi told the Democrat, “I’m very happy because the opening was a big success, with a very large attendance with a lot of local people. Now the adventure begins and we will do our best to make Assembly an important milestone in the area.”

Professional Dance Arrives at Harmony In The Woods