The Copperhead and the President

Decades of polls of the general public and of noted scholars alike have repeatedly shown that most Americans consider Abraham Lincoln our greatest president.

That was not always the case.

The Copperhead and the President 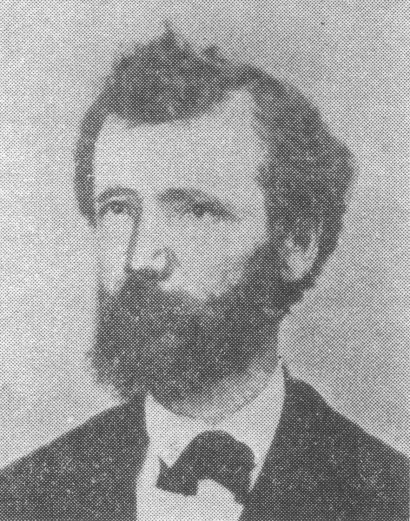 Decades of polls of the general public and of noted scholars alike have repeatedly shown that most Americans consider Abraham Lincoln our greatest president.

That was not always the case.

And it wasn’t just those living below the Mason-Dixon Line who reviled our sixteenth president while he was in office. There was a strong anti-Lincoln sentiment in parts of the North, too, including here in Sullivan County, where a number of notable Monticello men were known to be pro-slavery Southern sympathizers, or Copperheads, as they became known.

James Eldridge Quinlan, editor of one of the county’s most prominent newspapers, The Republican Watchman, was one such man. Quinlan made no secret of his political leanings, and in fact his sentiments were so well known that at one point a group of men with opposite leanings threatened to blow up the Watchman office in order to eliminate Quinlan’s platform.

Quinlan’s attacks at first were aimed at the abolitionists, and he would sometimes strive to separate them from the mainstream Republicans he also opposed, although not nearly so vehemently.

“The abolitionists have been struggling to place the black on an equality with the white population, and to accord to them equal privileges,” Quinlan wrote in the January 23, 1861 edition of the Watchman. “To accomplish this, an effort has been made to amend the Constitution of our State…

“It will be seen, therefore, by these incontestable facts, that the leaders of the Republican party have sold themselves and their followers, ‘body and breeches,’ into the sooty embrace of Fred Douglass & Co,” Quinlin wrote.

As disgusting as some of the Watchman’s diatribes were in the years leading up to the Civil War and during the early part of the conflict, those invectives were nothing compared with the vitriol directed at Abraham Lincoln following his issuance of the Emancipation Proclamation in September of 1862.

And perhaps nothing Quinlan wrote himself was so overtly anti-Lincoln as a lengthy piece he chose to reprint on the front page of his paper on October 7, 1863.

With Lee’s defeat at Gettysburg that summer, the war had turned decidedly against the South, and Lincoln’s chances at re-election seemed buoyed as a result.

With the improved fortunes of the Union Army, the political attacks against the president intensified, and among his most viciously outspoken critics was a man named John Mullally, the editor of the Metropolitan Record newspaper in New York City.

Long before he became known as “the father of the Bronx Parks System,” Mullally was a war resistor, and his fiery speeches and unrestrained rhetoric in the pages of the Metropolitan Record are generally considered the instigating force behind the infamous New York City Draft Riots of 1863.

Quinlan chose to reprint the article from the Metropolitan Record in his paper, running the piece at the top center of the front page.

It was headlined “Trial of Abraham Lincoln,” with a subhead that read, “A Council of the Past on the Tyranny of the Present.”

While the headline was somewhat provocative, the lengthy article, the likes of which would have no place on the front page of most newspapers today, began innocently enough, but its true purpose was quickly revealed.

There followed a lengthy indictment of the president, who was “herein charged with reasonable intent, purposes and designs in having committed the following unconstitutional acts in the course of his administration.”

Nine separate crimes were listed, including “having declared war against independent and sovereign states under the pretense of repossessing himself of certain forts and other property seized and held by said states,” as well as “having arrested citizens of the United States, and incarcerated them in Government bastilles, without process of law,” and “having suppressed the liberty of speech, thereby denying to the citizens the Constitutional right of criticizing the acts of his Administration.”

The article proceeded to use Lincoln’s words, taken from speeches and writings, and countering each of the ideas expressed by them with words chosen from the writings or speeches of the others – Washington, Hamilton, Madison, John Hancock, Patrick Henry, Andrew Jackson, Elbridge Gerry, even John C. Calhoun – before finding the president guilty of consistently violating the Constitution, and being unworthy to inhabit the White House, even going so far as having Calhoun compare him to “Nero and Caligula.”

While it may not be surprising for those familiar with American history that Lincoln’s actions were so controversial in his day, seeing such inflammatory prose on the front page of one of our most reputable local newspapers is shocking to say the least.

John Conway is the Sullivan County Historian. Email him at jconway52 @hotmail.com.