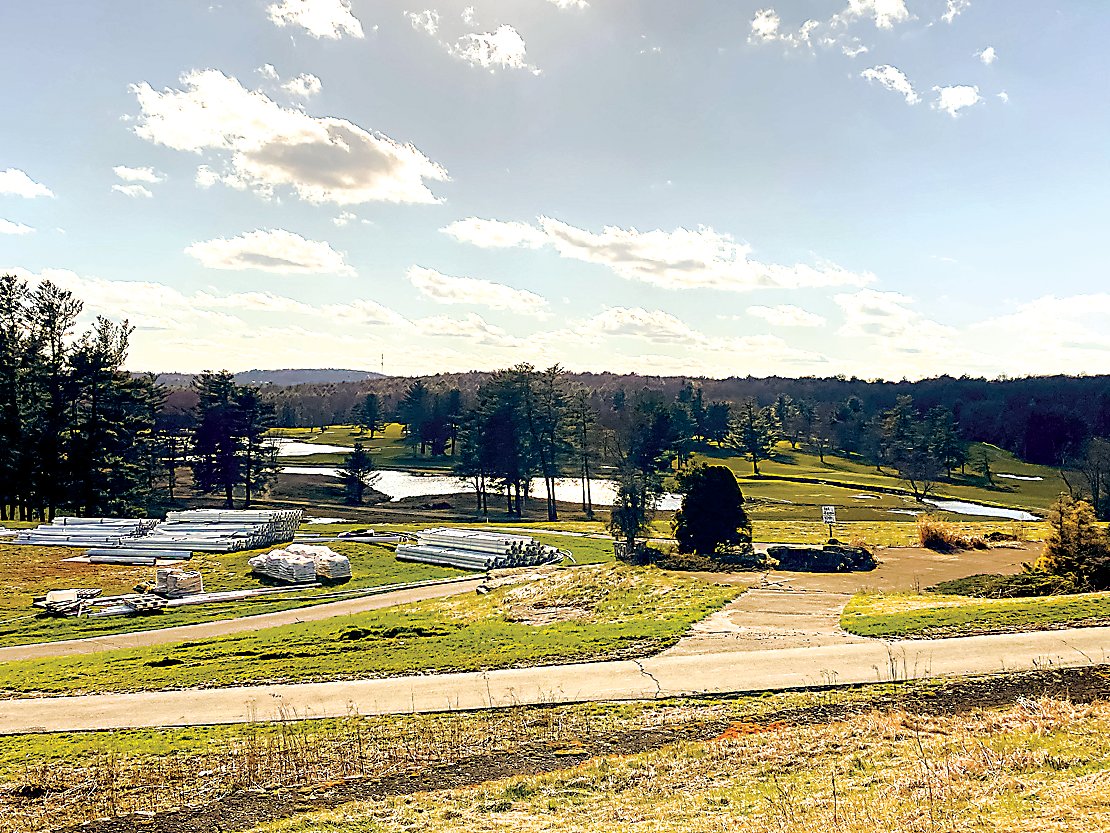 The Monster Golf course, seen here in 2020 under construction, plans to open in the summer of 2023 and is seeking approvals from the Thompson Planning Board to construct additional buildings.
Patricio Robayo | Democrat
Posted Friday, June 24, 2022 7:17 am
By Patricio Robayo

THOMPSON — A legendary golf course that once called Sullivan County home and was listed as one of America’s 100 greatest golf courses will soon return with a planned opening of Summer 2023, according to Meghan Taylor Vice President Government Affairs and Public Relations for Resorts World Catskill Casino.
After taking a hiatus on the building, the applicant, Empire Real Estate, went before the Thompson Planning Board on June 22, to modify the site plan for an existing clubhouse building and construct a new golf cart storage building.

The project was delayed in 2020 due to the rising cost of construction and groundwater issues, according to County of Sullivan Industrial Development Agency (IDA) Legal Counsel Walter Garigliano.
The applicant submitted a memorandum on the 18-hole golf course, saying the course will have a limit of 72 golfers at one time, along with 32 employees.

According to the site plan modification, the golf clubhouse will be a 1,040-square -foot building, a 4,200-square-foot golf cart storage building, and a golfer staging area will be built.
Once the golf course is opened, it will be operational between April and November and will be closed during the winter.

Golfers would need to register online and need to arrive at the Alder Hotel, which will have a golf reception and pro shop, and from there will be transported to the course.

According to the memo, at the moment, PGA golf events are “not currently anticipated to be held at Monster Golf,” but instead will host small charity events but would need to exceed the maximum capacity of the site.

Avon Park
After a strong showing of opposition from some members of the Rock Hill community at the previous Thompson Planning Board meeting, the proposed Avon Commercial Park project was seeking preliminary approval of the site plan and a special permit on June 22.

As previously reported in the Democrat, the developer wants to build 560,000-square-feet of warehouse space in two buildings along Rock Hill Drive and change the traffic patterns in the hamlet to help ease the increased traffic the warehouse would bring.

The planning board directed its special counsel to draft a conditional site plan and special permit approval resolution, with the condition that additional engineering is needed and can be voted on in an upcoming meeting.

At the June 8 meeting, a negative declaration was given for the New York State Environmental Quality Review Act (SEQR) on the project, and the public hearing was closed.

Some concerns by the planning board on June 22 were the fire safety plans from the project pertaining to fire hydrants and space for additional fire fighting apparatus.
The applicant submitted an updated site that includes stormwater drainage and the building of wet ponds to contain the runoff.

In addition, landscaping was added along the driveways leading to the warehouse, along with lighting and utilities.