The powers of one

The powers of one 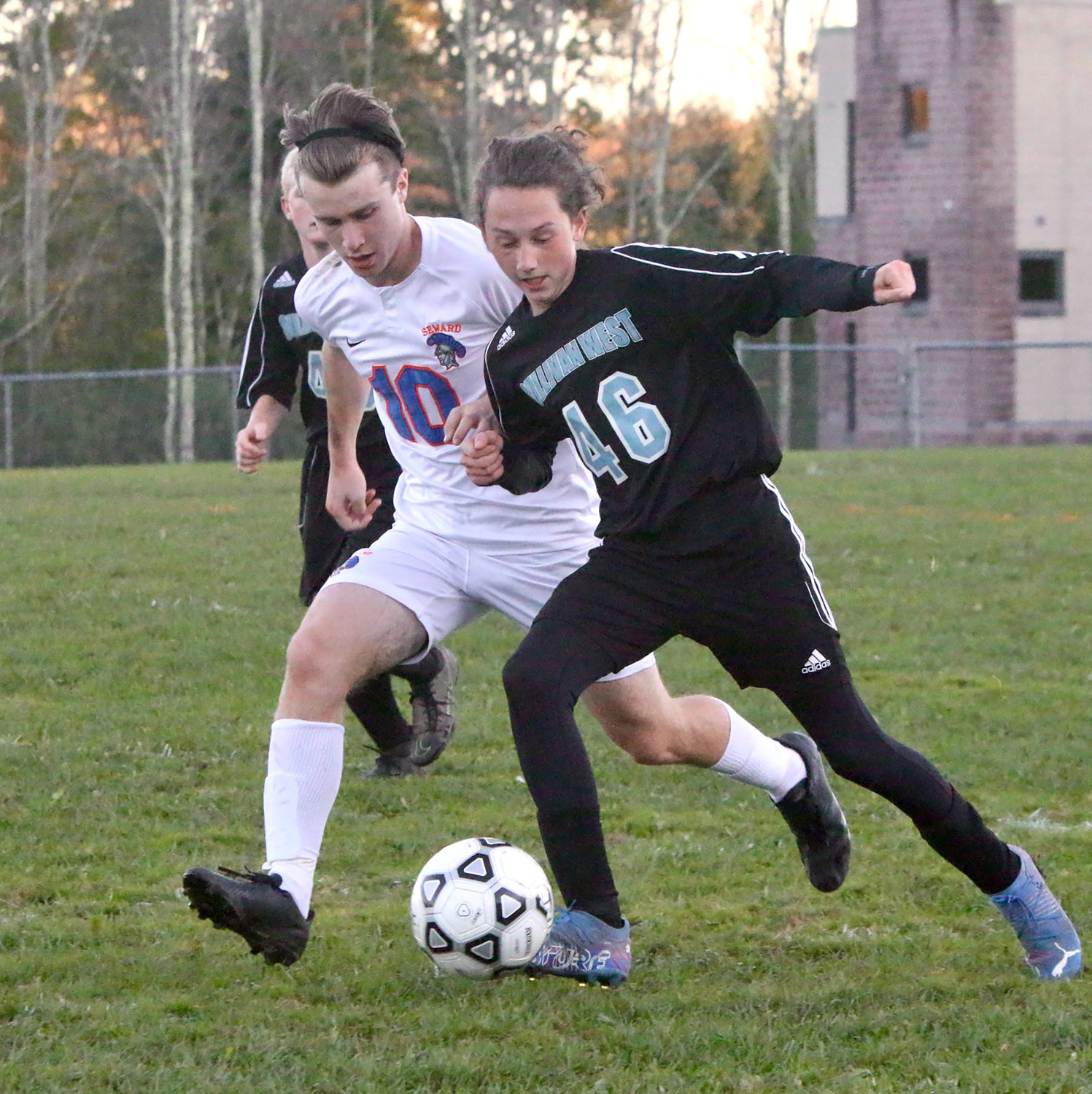 As S.S. Seward Spartans and Sullivan West Bulldogs warmed up prior to their league rematch, the number one figured into the pregame conversations with Seward Coach Bill Steele and Sullivan West Coach Kristina Verrico. For Seward, the lone digit signifies their only loss of the year, a 1-0 lone goal defeat to Burke. Conversely, for Sullivan West, one denotes the only victory of the season, a win over Tri-Valley. The number one would present itself yet again as the total number of goals scored by Seward in the first half as the Bulldogs played a furious brand of soccer and Seward, as noted by Steele, got away from its team concept.

Steele’s stringent reminders to his team would prompt a very different second half performance. All told, the game was a far better match up than the last time the two teams met, down on the cornfield in Florida. That confab turned into a 10-0 Spartans’ rout. “We played much better tonight,” asserted Coach Verrico. “We actually challenged their keeper.”

Speaking of the number one, Seward will be the one-seed in the upcoming Section IX tournament, having beaten second-seeded Chester twice this season. For Coach Steele, that last win over Chester was his 300th soccer coaching victory in 375 games. Steele also coaches JV basketball and varsity baseball. With this victory he has amassed 865 wins in the three sports combined that have spanned his 60-season tour de force. He only needs 11 more victories to accrue 300 in baseball and only 35 more combined wins among the three sports to reach 900. Speaking of Steele, he is a baseball slugger who plays in a multitude of adult recreational leagues. Despite suffering a torn Achilles tendon, he pursued aggressive physical therapy and is now poised to continue to pile up more accolades and sterling numbers.

Milestones weren’t limited to Steele. Coach Verrico just returned from her honeymoon, and her recent marriage was grounds for her adoring team to give her a signed soccer ball. She was all smiles as they presented it to her prior to the game.

The fray itself, as noted was very competitive in the first half. Neither team could break through until Seward’s Eddie Celiz took a feed from Jason Mitchell for the 1-0 margin with 24:43 remaining in the first period. A minute later, Dominic Perez nearly tied the score on a direct kick which ricocheted off the cross bar. The second half scoring was all from the Spartans. With 33:10 to go in the second stanza, Cole Buchalski scored with an assist from Mitchell. A little more than two minutes later Mitchell scored with a feed from Garrett Gil to make it 3-0. Gill fed Will Orlando for the fourth goal with 27:16 to go. Then Mitchell had an unassisted goal with 23:44 as the Spartans continuously worked cohesively mounting strike after strike. But with 17:04 Sullivan West senior Tariq Gambari launched a laser solo shot past keeper Corbett Schultz to break up the shut out.

Mitchell, who seemed to be everywhere all night, had yet another assist, this time to Joe Buchalski for the sixth and final goal of the night. Seward pelted Sullivan West with 29 shots, 23 of which were on goal. Sullivan West keeper Will Nearing posted 17 saves including some fine acrobatics in the process. The Dawgs had only one corner kick. The Westies got off five shots, two of which were on goal. Corbett recorded three saves on the night. The Spartans had six corner kicks. Seward improved to 13-1 (6-0) while Sullivan West fell to 1-11 (1-5).