The season is Starting

So we received our first delivery of plants for the year on Tuesday. Now don’t rush in to buy any yet as these are bare root berry bushes that we pot up ourselves. This way we are not paying …

The season is Starting 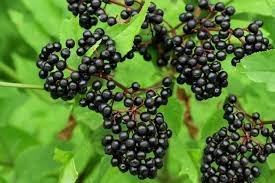 So we received our first delivery of plants for the year on Tuesday. Now don’t rush in to buy any yet as these are bare root berry bushes that we pot up ourselves. This way we are not paying freight on dirt, especially with what the price of shipping is right now.

Luckily all our plants were ordered last fall before any major inflation occurred. This year we are trying a new variety of everbearing strawberry called “Seascape”. These large, delicious bright red strawberries start fruiting about 3 months from planting, regardless of when you plant it.

Since we are planting in early March, you will be able to start picking berries in early June and they will continue to bear fruit right up until mid-September. These hard-working plants produce a plentitude of sweet, juicy berries and will send off runners in the summer that could double your berry patch for the following season.

For all of you new to gardening, strawberries are perennial and will survive year after year. The only thing you need to watch out for is slugs and chipmunks. Both love strawberries and can smell them a mile away. Okay, that may be an exaggeration.

Plant strawberries in rows leaving enough room to walk between the rows or you can use containers like strawberry pots and even hanging baskets. Bear in mind that if you plant in containers you will need to bring in your berry plants for the winter as they usually will not survive the winter if not in the ground. Seascape is heat-tolerant, remarkably disease resistant and hardy to zone 4 which is thirty below zero.

The strawberries may be ready by this weekend since they were on top of the crate of plants we received and they will be the first things planted. But we also received asparagus roots which are ready for sale now as they are sold bare root. Oddly enough asparagus likes a little salt in their soil which I found out at an early age.

My grandparents had an asparagus row growing on the side of the street they lived on in Liberty. Of course every winter the village would come around and plow snow and throw down salt and sand and every spring that salt and sand would wash into the asparagus patch. That patch grew great for about fifteen years until the village repaved the road and the asphalt distillates killed off the asparagus.

Another popular plant that just came in is elderberries or sambucus, for those of you who know the latin name. A lot has been written about the power of elderberries on the immune system. It is stated that elderberries are good for colds, flu, high cholesterol, eating disorders and a plethora of other conditions.

I have only ever used elderberries for wine making and it takes a lot of them. We received both the Adams and York varieties so far and we will be getting other varieties in later this season. Of course all berries have their health benefits, it just seems that every few years some get talked up, more than others.

Grapes may take a little more work than other berries but they are well worth it. Making a grape arbor for the vines to trellis on, is not that difficult. You can find hundreds of videos on youtube that can show you how.

As we get a little deeper into the crate we received, we should have raspberries, blackberries, blueberries, gooseberries and currants as well. I’ll let you know about those next week.