LOCH SHELDRAKE – “It’s tough to beat a team three times,” according to the age old adage. For Livingston Manor and Eldred, that proved to be true as the Lady Wildcats … 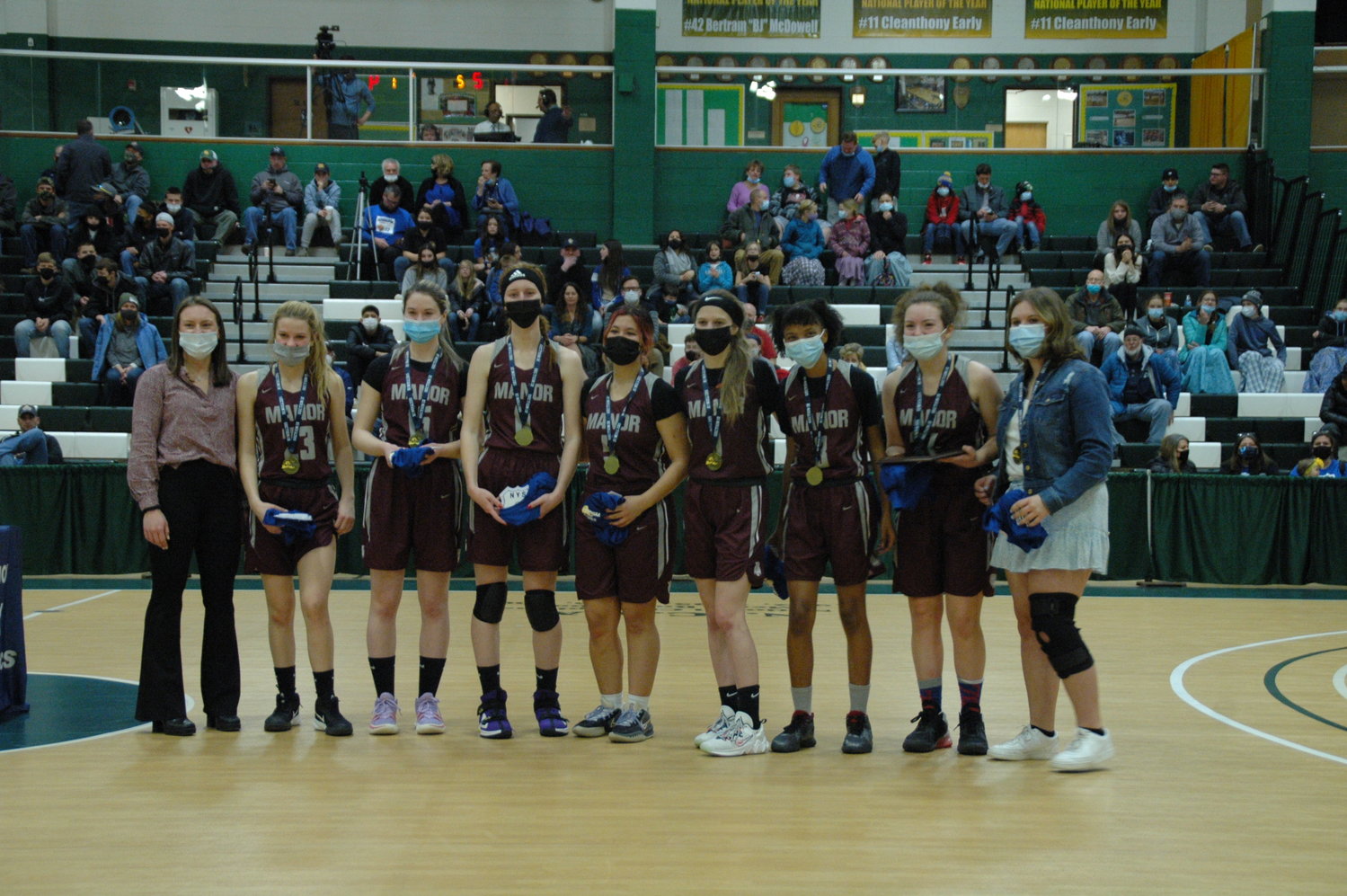 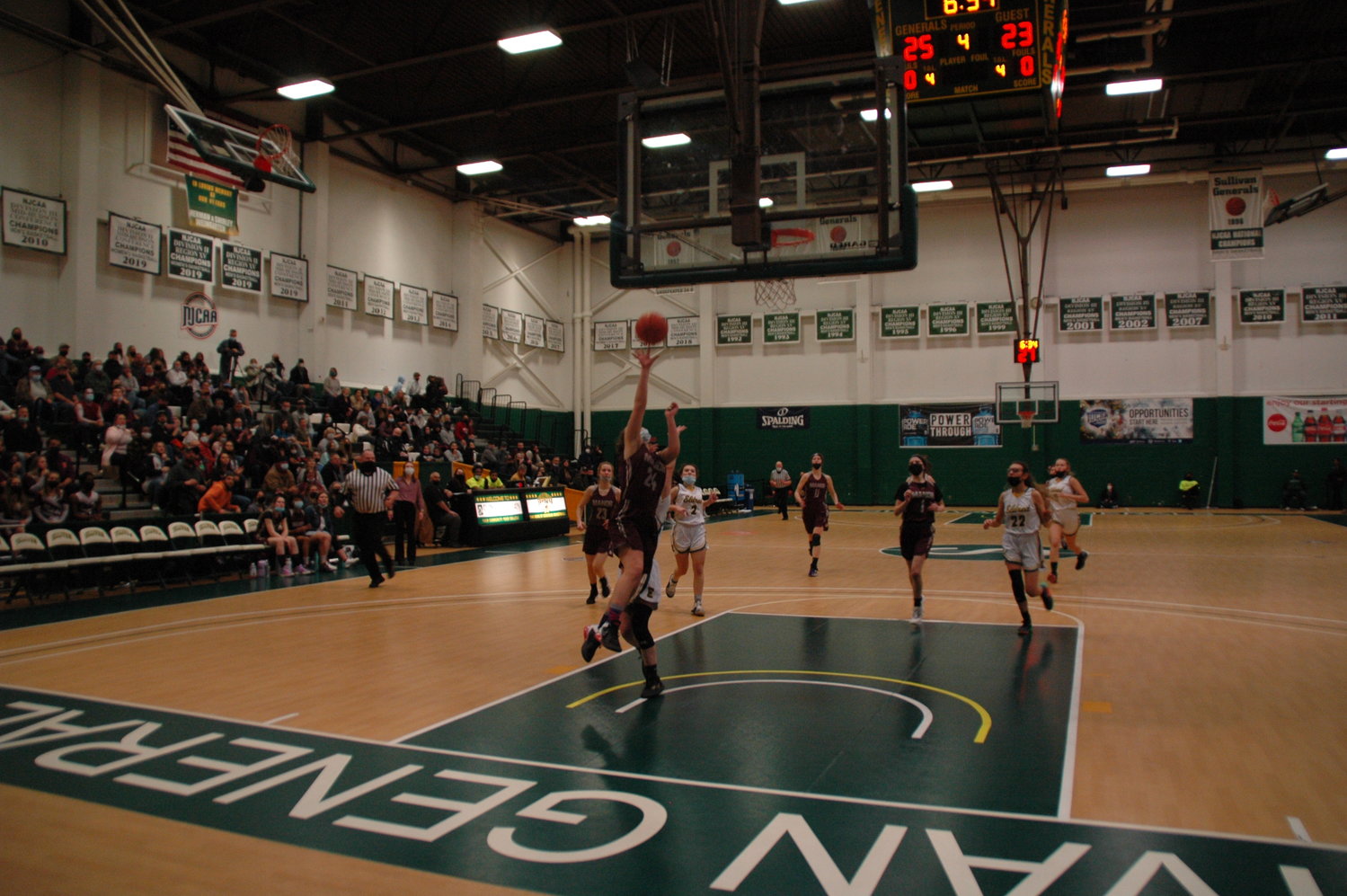 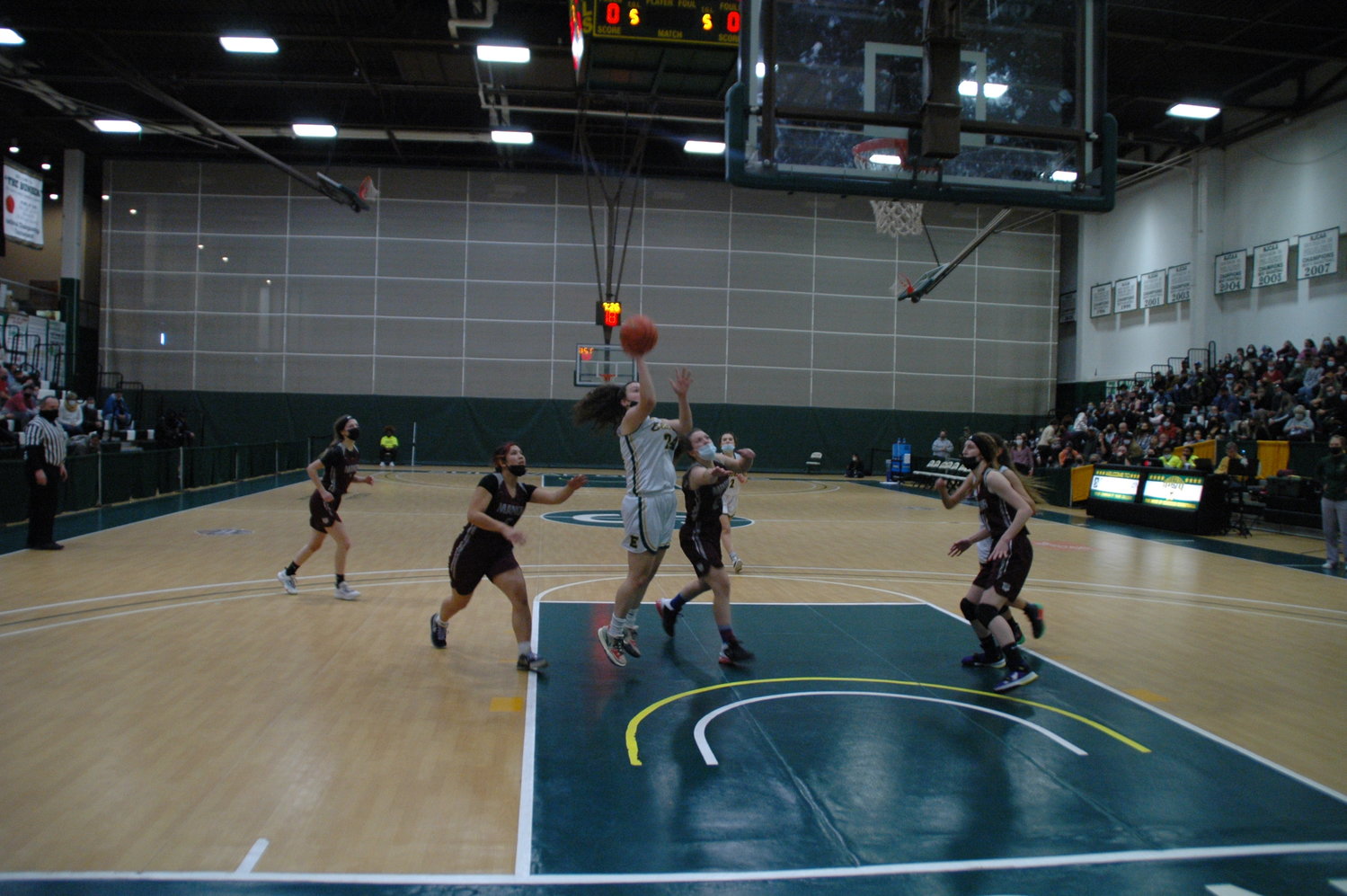 Eldred’s Lily Gonzalez scored a game-high 18 points, 14 of which came in the first half.
Anthony Morgano | Democrat 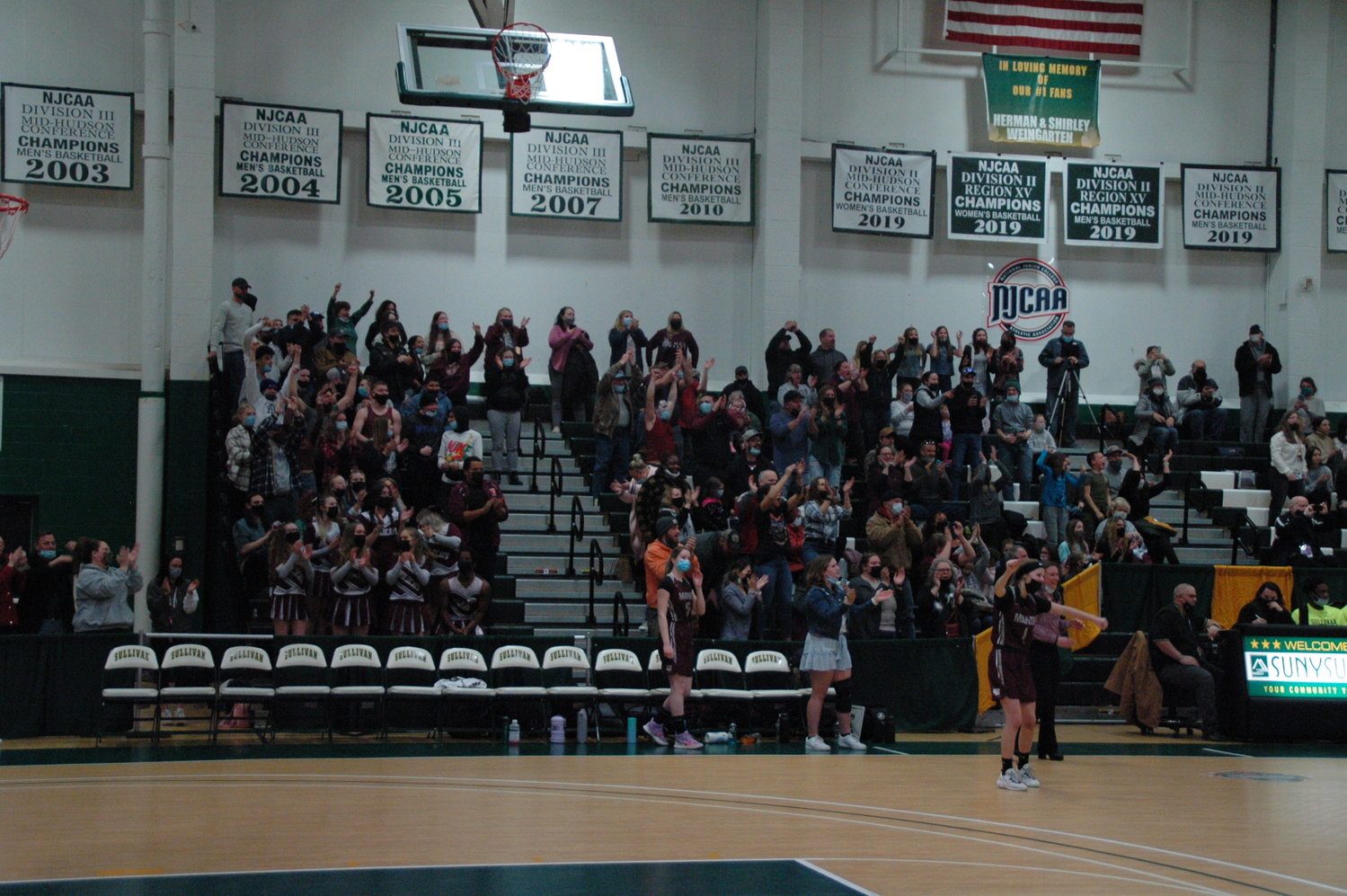 The Livingston Manor crowd lent the Lady Wildcats their energy throughout the season and erupted with cheers as the final buzzer sounded.
Anthony Morgano | Democrat
Previous Next
Posted Friday, March 4, 2022 6:40 am
Anthony Morgano

LOCH SHELDRAKE – “It’s tough to beat a team three times,” according to the age old adage. For Livingston Manor and Eldred, that proved to be true as the Lady Wildcats overcame an early 12-point deficit to force overtime and ultimately beat the Lady Yellowjackets, on the third try. This time, on the biggest stage, as the Lady Wildcats were crowned Section IX Class D Champions with the 33-32 win.

The Class D division was one of the most competitive in the county this season, with all three teams having a chance to qualify for sectionals down the stretch. Ultimately, after being swept by Eldred in the regular season, Livingston Manor defeated Chapel Field in a play-in game to reach the sectional championship.

Although Eldred won both regular season games, they did so by just a six-point margin, winning each game by three. The two teams were consistently matching up well against each other, and the Section IX Championship game at SUNY Sullivan was no different.

Early on, it seemed like Eldred would have an easy time. They started the game on a 14-2 run, but Livingston Manor closed out the first frame on a 5-0 run to cut the lead to seven.

Lily Gonzalez started hot right out of the gate, scoring ten of her game-high 18 points in the first quarter. In the early going, it did not seem like the Lady Wildcats would have an answer for her.

The Livingston Manor defense focused on keeping the ball away from Eldred guard, Jada Reed. In the second quarter, however, Reed found herself in foul trouble and had to sub out of the game. The Lady Wildcats were able to capitalize, allowing only seven points in the second quarter while netting ten of their own to trim the Yellowjacket’s lead to four.

As far as scoring goes, it came at a premium in the second half. Defensive adjustments led to turnovers and bad shots. Livingston Manor outscored Eldred 6-4 in both the third and fourth quarter to tie it at 29 at the end of regulation.

The Lady Wildcats trailed for three and a half quarters, tying the game briefly at 25 and 27 before the game-tying shot to send the game into overtime. Once they entered the extra period, Manor got their first lead of the game, using a 4-0 run to make it 33-29.

Eldred’s Reed was fouled and hit one-of-two to make it a three point game, and a two-pointer by Jailyn LaBuda brought them within one. That’s as close as Eldred would get, though, as neither team scored again before the buzzer.

Some late miscues made the extra period interesting, a late turnover by Livingston Manor gave Eldred the ball with 8.5 seconds left to play, but Eldred turned the ball back over and the buzzer sounded before they could stop the clock with a foul.

It took a third game and a fifth quarter, but the Lady Wildcats finally earned a win over the Lady Yellowjackets.

“As the game went on, we played much better defense,” Manor Coach Maggi Fitzpatrick said after the win. “Our shots weren’t falling at first but we were able to limit their scoring.”

“From the beginning of the season until now, these girls have grown so much,” Fitzpatrick continued. “With two wins against Chapel Field and this win over Eldred ... I’d say it’s a pretty good time to be on a winning streak.”

To Eldred’s credit, the Lady Yellowjackets fit an entire season worth of games into just a month and a half, starting after the holiday break, and still finishing in first place in Class D.

First year coach Jordan Lepes knew game three against Manor would be tough. “We expected a low scoring game. It was a defensive game, and they out-hustled us. We got into some foul trouble early and that hurt us down the stretch.”

Livingston Manor will take on the Section XI winner at Kings Park HS on March 8 at 5 pm for the regional semifinal game.