Thomas James Quick of Gainesville, FL, formerly of Roscoe, NY, a retired woodsman and logger, passed away Monday, October 11, 2021 at the Plaza Health and Rehabilitation Center, Gainesville, FL. He … 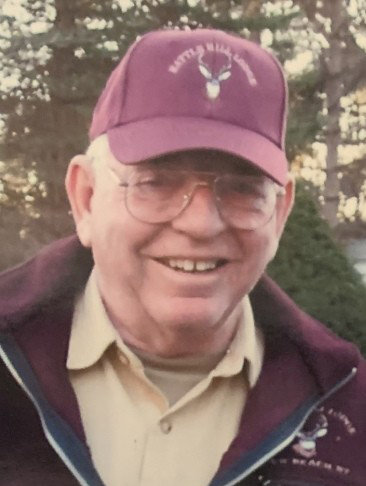 Thomas James Quick of Gainesville, FL, formerly of Roscoe, NY, a retired woodsman and logger, passed away Monday, October 11, 2021 at the Plaza Health and Rehabilitation Center, Gainesville, FL. He was 91.

The son of the late Thomas E. and Catherine Printy Quick, he was born May 22, 1930 in Middletown, NY.

Tom had owned and operated Thomas Quick Lumber Company from 1950 to 1972 and from 1962 to 1968 Tom, his father, and his brother opened a lumberyard in the Dominican Republic; these businesses taught him the value of hard, physical work and a lifelong love of the lumber industry. He stayed in the lumber business all of his life; he loved working in the mountains and was a true lumberjack. In later years, he continued as a broker and lumber grader until retiring in 2016 when he and his beloved wife, Joanne, moved to Florida.

Survivors include his wife of 69 years, Joanne Hallenbeck Quick, at home; one son, Thomas G. Quick and his wife Sharon; one daughter, Karen J. Francis and her fiancé Stephen Centauro; his grandchildren, Kimberly Quick and her husband, Greg Buzby, Krista Quick and her fiancé Zack Stanley, Courtney Mueller and her husband Richard and Cody Francis; one great-granddaughter, Mira Jade, one sister, Cathy Rice; seven nephews and one niece, all who adored him. He is predeceased by his brother, John Quick who passed in 2018.

Burial and funeral services will be held at a later date at the Riverview Cemetery, Roscoe, NY.