A few years ago I wrote a column about black walnuts that I had harvested from a roadside tree. Now besides the hard time shelling the darn things, which I got a lot of advice on, there was also the … 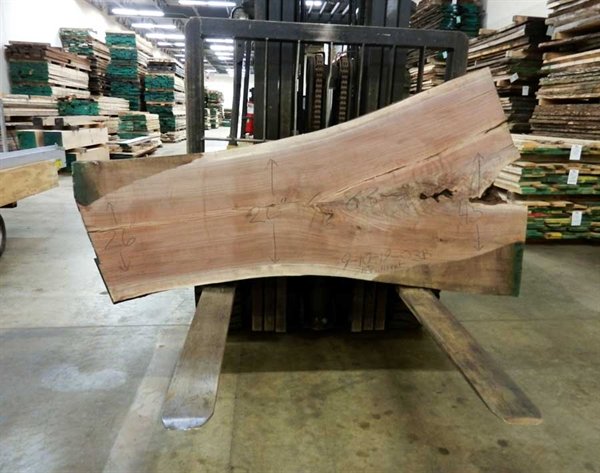 A few years ago I wrote a column about black walnuts that I had harvested from a roadside tree. Now besides the hard time shelling the darn things, which I got a lot of advice on, there was also the matter of roasting them just right for use in cakes and cookies.

Now black walnuts can be a very productive tree but they can also be valuable. When the timber markets are up, which they are not right now, you can make a pretty penny selling your timber. Something that someone didn't know when they cut down that roadside black walnut tree for firewood a couple of months ago.

Instead of selling the tree, which in a good market could fetch up to seven hundred dollars, they cut it down for a cord or two of firewood, obviously not knowing what the tree is worth. This sort of thing happens quite frequently here in Sullivan County.

One hundred and forty years ago, in the late eighteen hundreds, most of the county was clear cut of all the forests, as the wood was used for building a new nation. Hemlock bark was used by the tanneries in the area to make leather. Logs were rafted down the Delaware River to Philadelphia to mills for building America.

So the forests we have today are mostly made up of trees that surplanted the native trees that once covered the county. Then came the vast numbers of immigrant farmers to the county and besides planting fruit trees, they also planted chestnuts, walnuts and hazelnuts.

Nut trees take much longer to produce crops compared to fruit trees, but since family farms were meant to be passed down from father to son, the nut trees would produce for further generations. However over time family farms were sold or lost during the depression and the nut trees were forgotten, left to be considered just another nice shade tree.

As old farms are sub-divided and developed with new single family homes, many of these old nut trees are being cut for development. And even when someone buys an old farm today, they don't know what they really have. Sure apple and pear trees, even unkept, will produce some fruit each year, but nut trees many only produce once every five to ten years depending on the season.

So many people do not know what type of tree they really have. Walnuts, either English or Black, are worth some money to the right loggers. Cut properly to maximize board feet, a good logger, can get a good bit of money for a thirty or forty foot tree. The black walnut slab pictured above was sold for thirteen hundred dollars. I have a wood lot over in Callicoon Center that was once part of my families old homestead.

Every couple of years, my family and I, go over for an old fashion wood bee. We cut firewood for our wood stoves, but my uncle, who has a saw mill and is an experienced logger, cuts valuable trees to sell. The proceeds of the tree sales are enough to pay the taxes on the land.

My uncle knows what trees are worth money and which are just firewood. So if you don't know what type of trees you have around your house it may be worth your time right now to do a little research. Throwing the wrong type of wood into your stove could be just like burning money.