GRAHAMSVILLE - Tri-Valley marked the unofficial end of their athletic seasons on Wednesday as they hosted their annual athletic awards ceremony. From the Fall to the Spring season, and everything … 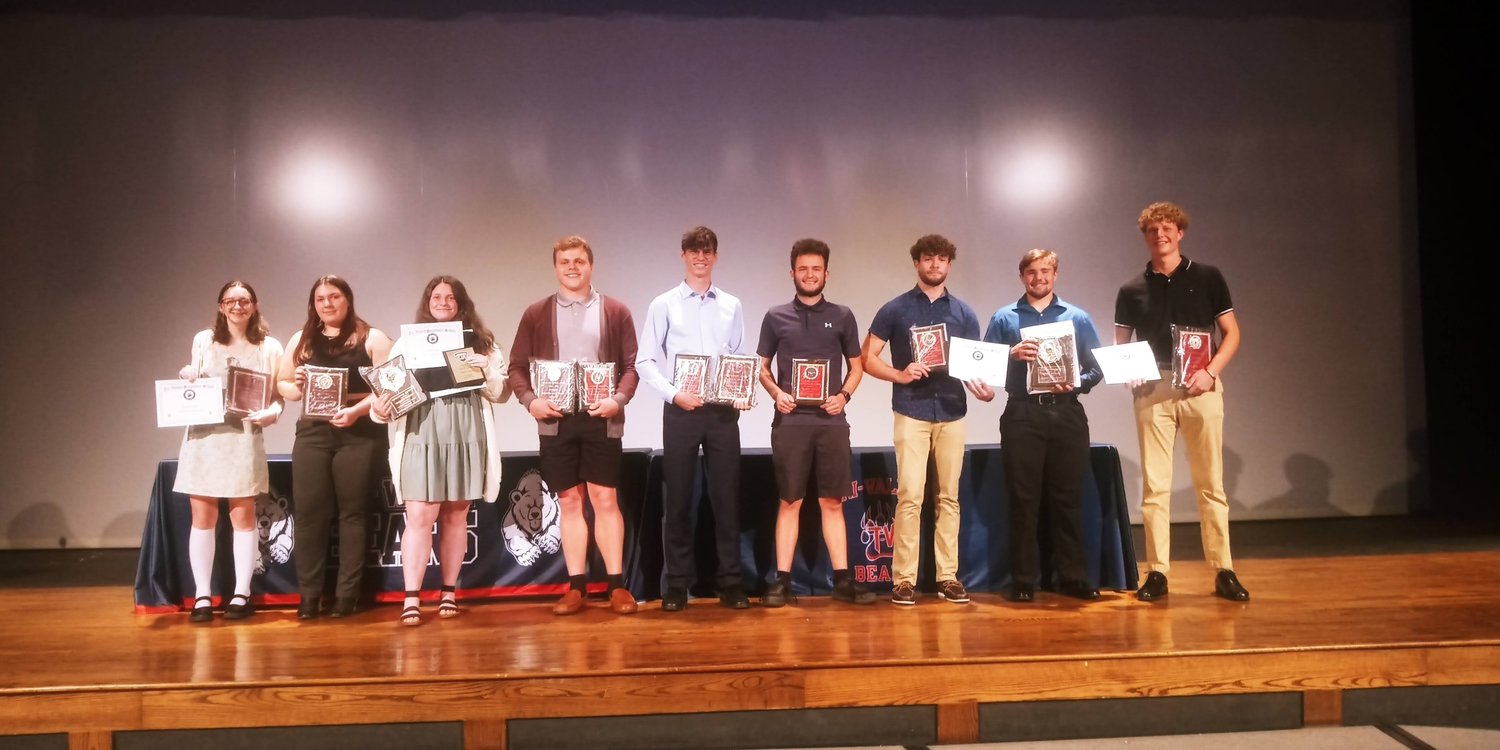 The Tri-Valley Senior Award recipients line up across the stage with their plaques and certificates that they earned from their successful sports careers.
Contributed Photo
Posted Friday, June 17, 2022 6:20 am
Anthony Morgano

GRAHAMSVILLE - Tri-Valley marked the unofficial end of their athletic seasons on Wednesday as they hosted their annual athletic awards ceremony. From the Fall to the Spring season, and everything in-between, student athletes and teams were highlighted for their successful seasons.

Tri-Valley had some great athletic achievements this year, including a Cross Country State Championship in the Fall, and they sent a handful of competitors to the Track and Field state championship this past weekend as well.

Tri-Valley golfer Kaylee Poppo reached the state tournament for golf, in which she finished tied for 88th with a 210.

Listed below are Tri-Valley’s award recipients from this past year of sports.