GRAHAMSVILLE – Eldred, Ellenville and Liberty’s baseball and softball teams descended upon Tri-Valley for a tournament. Fierce competition at both the Neversink Community Park and at … 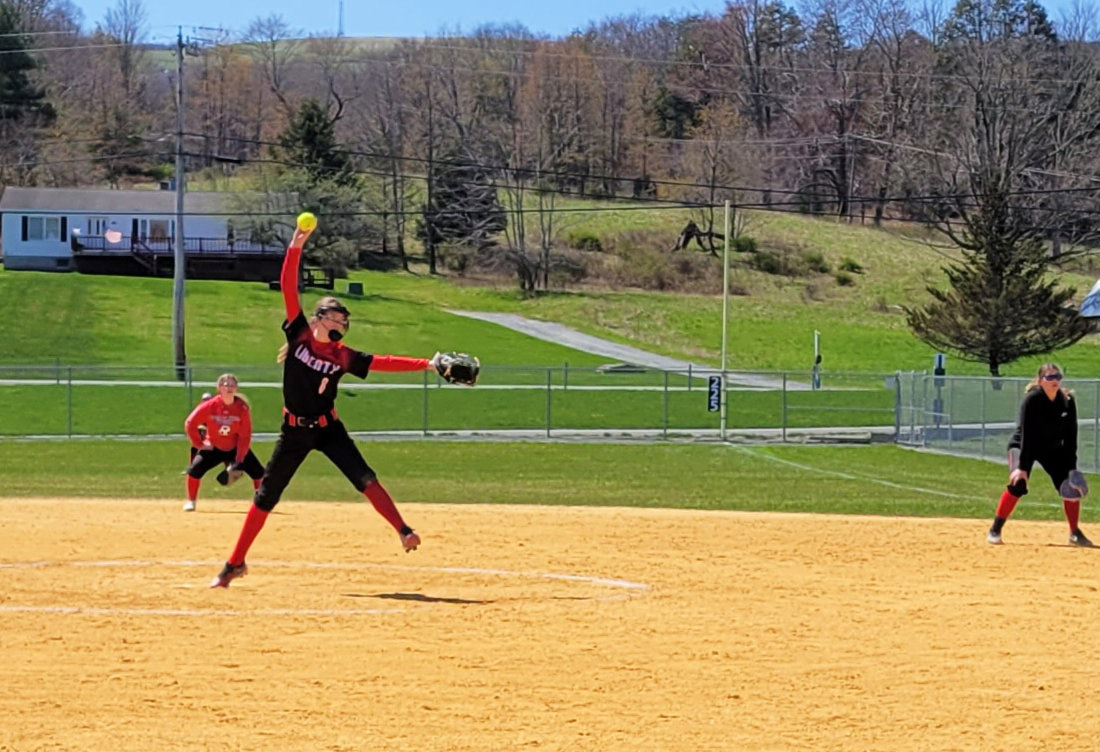 Rebecca Philips was a bright spot for the Lady Indians while both pitching and at the plate.
Contributed Photo 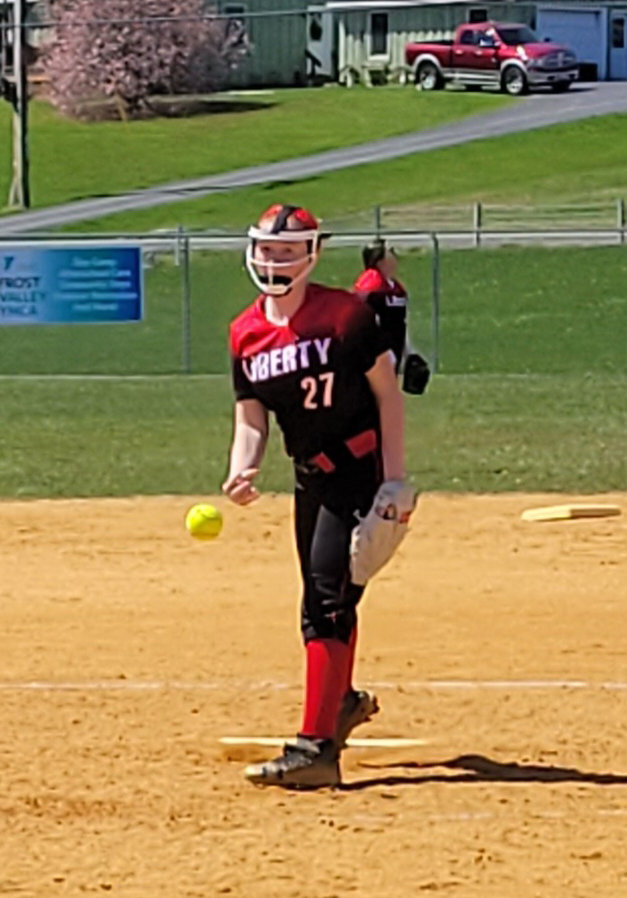 GRAHAMSVILLE – Eldred, Ellenville and Liberty’s baseball and softball teams descended upon Tri-Valley for a tournament. Fierce competition at both the Neversink Community Park and at Tri-Valley Central School ensued. The Bears baseball team ended up winning the tournament, defeating Eldred and Ellenville, while the Lady Yellowjackets defeated Tri-Valley and Ellenville for the championship.

The first round of game juxtaposed too many hits with not enough. Ellenville was able to put up a clean sheet against the Liberty Indians in the first round, defeating them 13-0 without allowing a hit. Ellenville’s starting pitcher, Alex Zweck threw a complete game (5 innings) striking out 15 and allowing just one walk.

Tri-Valley and Eldred had a much sloppier game. The teams combined for 31 runs, 20 hits and 10 errors, but it was Tri-Valley that put up a 10-run fifth inning that pushed them past Eldred and into the championship round.

In the consolation match, Liberty got their first win of the season, defeating Eldred 11-10. Tanner Bury earned the win for the Indians, pitching five innings and striking out ten. Bury also added a hit and three RBIs on offense. Cody Ricco had a solo homerun and Derek Wheeler and Elliel Lima each added two hits. Kyle Daw had two hits and three RBIs for Eldred, Josh Warming had two hits and two RBIs.

In the championship game, Tri-Valley played their best game of the season so far, behind a complete game performance from Andrew Cox. Tri-Valley got on the board early and often, putting four runs up in the first and another three in the second.

After giving up a few runs in the third, they got one back to make the score 8-3. The Bears gave up two more runs in the fourth before adding three runs of insurance in both the 4th and 5th innings. Cox held Ellenville scoreless for the final three frames, and the Bears won 14-5, grabbing seven hits and only making two errors in the game.

In the first round, Ellenville defeated Liberty 24-3. Liberty’s Emma Curry had a triple and Quinn Allen and Lorna DeWitt both doubled in the loss.

Eldred scored 22 in the opening round against Tri-Valley, while the Lady Bears were only able to respond with six runs of their own. Dana Donnelly had four hits, including a triple, in the win. Moly Mckerrell had a triple and two other hits in the win.

In the consolation match, Liberty and Tri-Valley battled it out for seven innings after both teams struggled in the first round. Tri-Valley’s late surge of runs propelled them past Liberty for a 12-7 win. Daniella Bell homered in the 5th inning, a go-ahead three run blast that broke the 7-7 tie. Jenna Carmody threw the entire game, striking out 11 for Tri-Valley. Rebecca Philips had three hits for the Indians, including a triple, scored a run and drove in three more. Grace Wormuth went 2-3 with two RBIs and two runs scored.

In the championship game, Eldred and Ellenville battled into the extra innings, where Eldred was able to pull away for a 9-6 victory. Sydney Furler scored the clutch game-tying run in the 7th inning before Eldred added three more in the 8th to win. Dana Donnelly pitched the complete game and struck out 12. Bryn Greenfield had three hits while Jada Reed added two hits and two runs.