TUSTEN – Will the Tusten Town Hall move from its current location at 210 Bridge Street to the former Wayne Bank building located at 93 Main Street?

Board members are set to reflect on this … 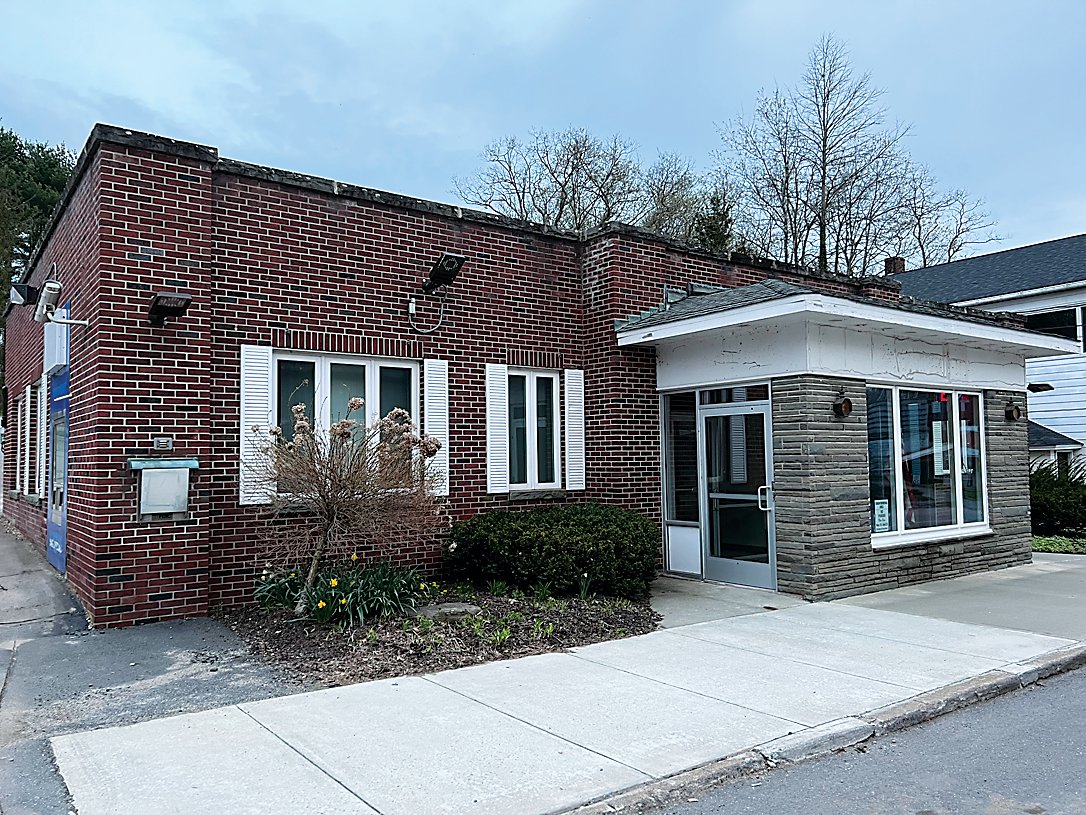 The building still in question, will the former Wayne Bank at 93 Main Street become the new Town Hall?
Derek Kirk | Democrat
Posted Friday, May 6, 2022 6:10 am
By Derek Kirk

TUSTEN – Will the Tusten Town Hall move from its current location at 210 Bridge Street to the former Wayne Bank building located at 93 Main Street?

Board members are set to reflect on this question after nearly two dozen residents voiced their thoughts on the idea of moving at a public hearing on May 3.

The reasons given from many residents who are against the move varied from logistical, to practical, to even sentimental. These include avoiding even further congested parking on Main Street, the historical importance of 210 Bridge Street and the Tusten Theater, and the cost efficiency in moving versus staying.

Resident Mike Ferrell proposed the possibility of selling either both or one of the properties owned by the Town and constructing a completely new Town Hall elsewhere, thus alleviating parking and ADA mobility related issues.

Others offered their opinions and ideas.

Among the various reasons brought up by those opposed to moving Town Hall to 93 Main Street was vocal support for the Delaware Valley Arts Alliance’s (DVAA) use of the Tusten Theater.

Ariel Shanberg, DVAA Executive Director, says they currently rent out the Tusten Theater from the town for the their various cultural events.

If the property were sold, some residents are concerned for the future status of the DVAA and its use of the theater and spaces below.

“We look forward to working with the Town Board and the community to ensure this gem of our community continues to enrich the lives of all who live in Tusten,” Shanberg said.

One resident said they were in favor of the proposed move to Wayne Bank. They said it would offer opportunities to  add to the existing building at 93 Main Street in order to  accommodate the space needed to host events, meetings, polling places and many other social functions.

As previously reported in the Democrat, Tusten purchased 93 Main Street and the adjacent parking lot for $140,000 in the summer of 2021. At the end of their regular meeting on March 8, the Town Board concluded their discussion on the matter with a notion that they were to issue property appraisals for both buildings.

However, Town Supervisor Ben Johnson confirmed that the appraisals have not been completed at the time of Tuesday’s meeting.

After public comment had concluded, each member of the Board addressed the attendees with their gratitude for participating and adding their varying thoughts and comments to the discussion.

There was no official action taken by the board, but during the public hearing a number of residents called on  Board members to be transparent with their own thoughts and views regarding the possible move.

“I think it’s time for each board member to explain to the public what’s on their minds and how they feel about this proposal. As public servants, you were elected to preserve the health, safety and welfare of this town and I’d like to hear from you,” resident Tony Ritter said.

“I think we [the Board] have plenty of ideas to go forward [regarding the process],” said Supervisor Johnson. “To say that any of the Board members agree or disagree with this [moving town hall] at this point, I think would be unjustly premature, because we have not gotten that far.”

Johnson and the rest of the Board will reconvene at the next regular Town Board meeting on Tuesday, May 10 after reflecting on public comments.