Two weeks in the country

My son Michael and I spent a glorious two weeks in Callicoon Center, part of which led up to my 1951 Jeffersonville High School class reunion on August 27th. Our friend, John Bale, who once lived in …

Two weeks in the country 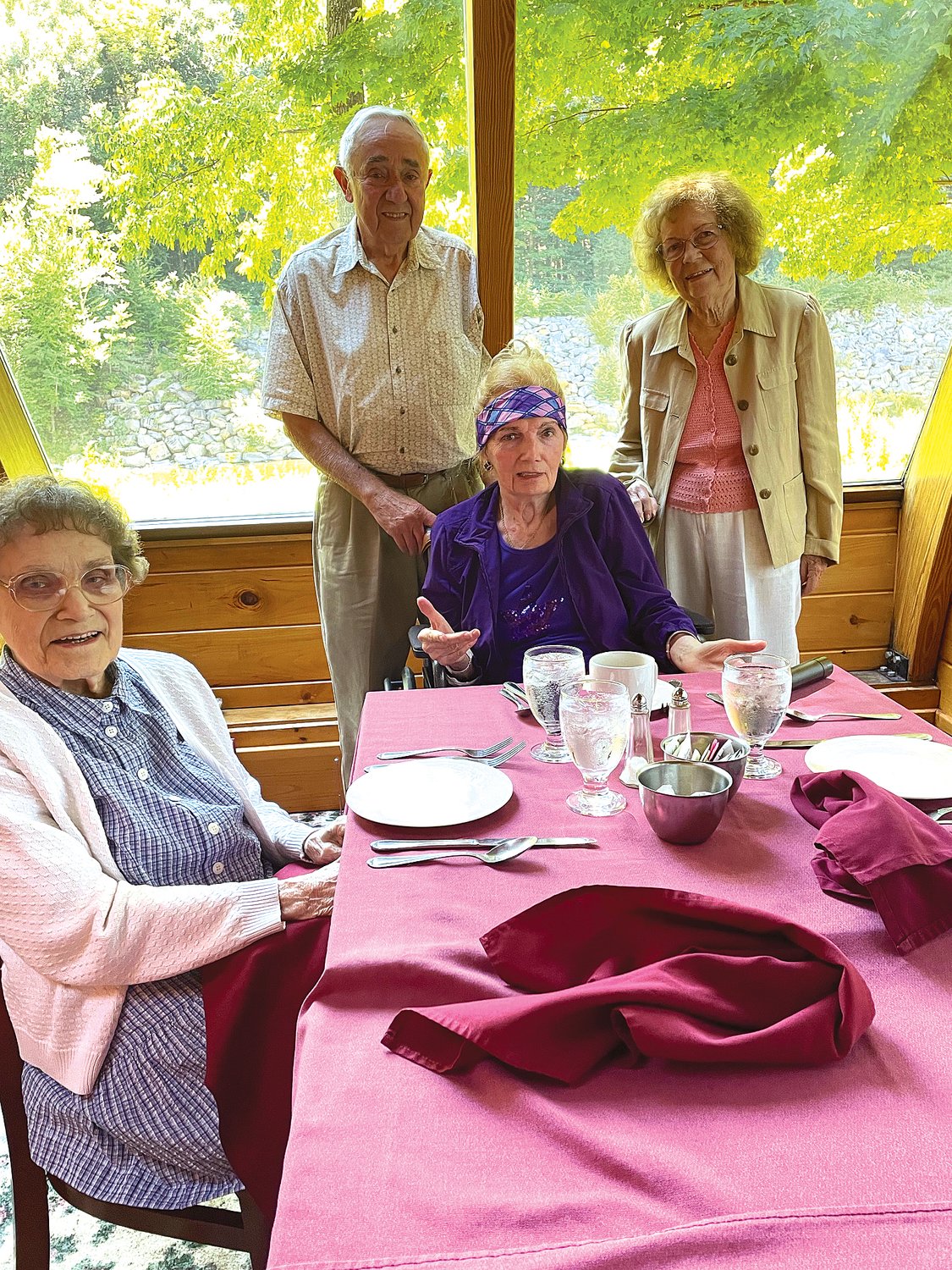 My son Michael and I spent a glorious two weeks in Callicoon Center, part of which led up to my 1951 Jeffersonville High School class reunion on August 27th. Our friend, John Bale, who once lived in Callicoon Center and now lives in Mystic, Conn., is about to sell his house there and is looking to relocate.

John formed some new friendships in Callicoon Center and when those friends heard that he was coming to visit us they wanted to know just when that would be and for how long. As it turned out, John wound up staying the entire two weeks we were there.

Mike has been busy working on the old firehouse, trying to save it from being condemned. John and I found plenty to do on our own. One night we ate on the deck at Callicoon Hills, located in Callicoon Center. It’s best to make reservations if you intend to eat there.

John cooked breakfast for me every morning and fish for dinner for him and Michael. We went to Weissman’s Farm, where there are fresh fruits and vegetables and milk and eggs for sale, with payments made entirely by the honor system. Their cows are examined by inspectors to make sure they are healthy since the milk is unpasteurized. There are many sizes of bottles of milk there and even chocolate milk. Since brown chickens lay brown eggs, I like to make a joke telling people that brown cows give chocolate milk.

I bought some tomatoes and a half dozen of ears of corn. I already had Brey’s eggs that I had bought at Peck’s in Jeffersonville.

Mike and I ate at Peppino’s in Callicoon one night. We got there late but they reopened their back deck for us. We had pasta with meat sauce and the portions were so big that we ate for three nights on the take outs that we took home.

John Bale and I drove to Callicoon one day and since we both know Victoria Lesser, we were hoping to run into her somewhere in town, which we did. Victoria had two magnificent Great Danes at one time but unfortunately they had both passed away but she now has another Great Dane by the name of Doc Walker. She also still has her little dog named Beans. I wanted to get a picture of her and her dogs but just as we were getting our cell phones in place to take pictures, it started to rain and we and the dogs ran for shelter, so I will have to do that at another time.

John and I were invited to Howard Aaron’s house for a pre-birthday celebration of Howard’s. On Howard’s actual birthday he will be going to his parents’ house in Florida.

A correction on my last column, dated Friday, Sept. 9: The photo of we four classmates should have read from left to right, Margery Van Ginhoven, Bill Brey, Barbara Festa, and June Donohue. Somehow Barbara Festa’s name was omitted and Ann Schminke’s, who was unable to attend got added.