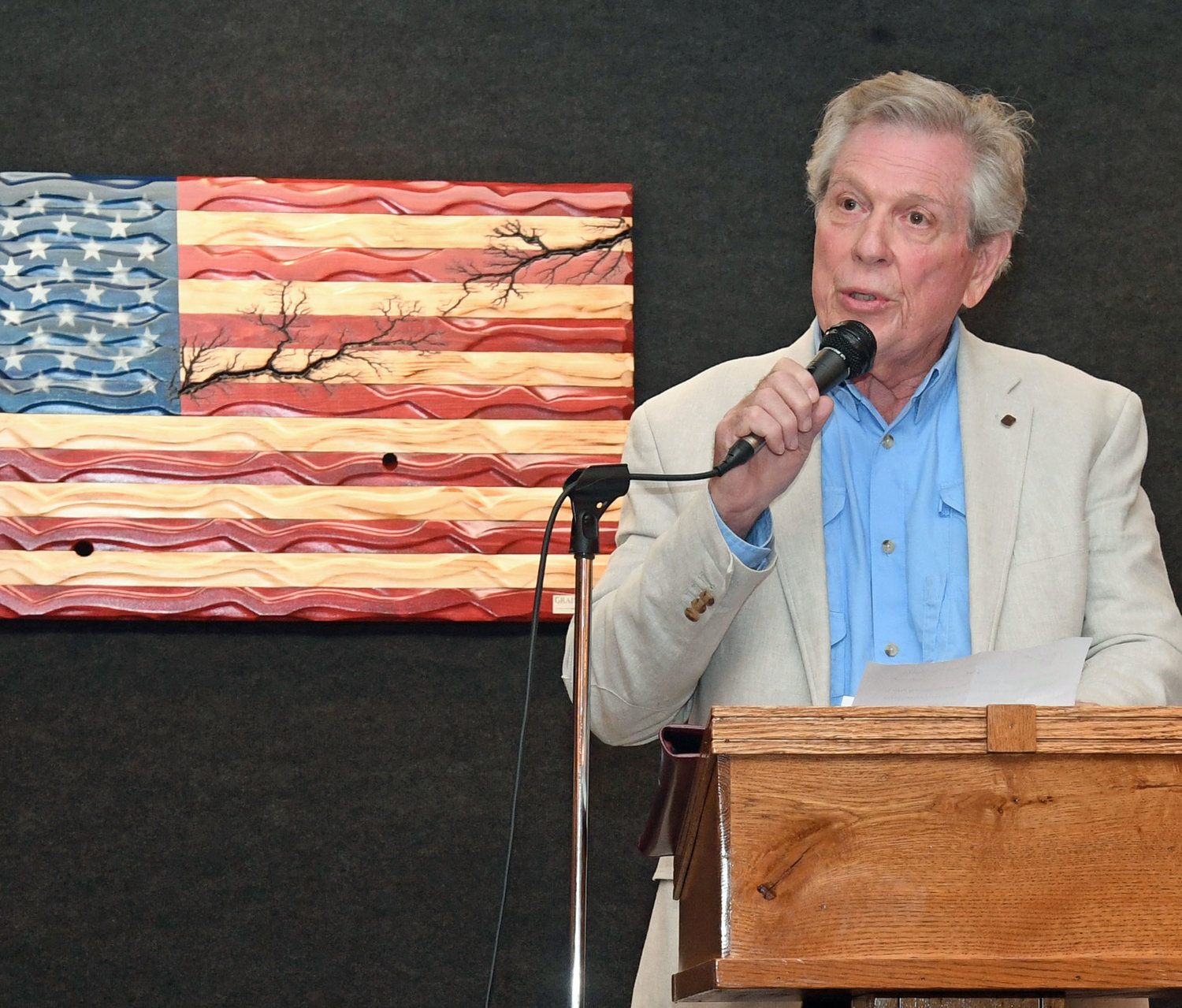 Andy Boyar was appointed as the Town of Highland’s first UDC representative when the town joined the non-profit organization on March 15, 1990 during the first of his two tenures as Highland Town Supervisor from 1981-1994, then from 2010-2015.

He has served as the town’s UDC alternate or representative for 19 non-consecutive years from 1990-1994 and 2010-2022, with particular involvement on the Water Use/Resource Management Committee.

This year marks the Eldred resident’s second stint as UDC chairperson, having served in that leadership role in 2014 after being elected as vice-chair in 2013.

Originally from Long Island, Boyar earned a degree from Brooklyn Law School in 1969, formerly served as Town Justice and Town Attorney in Highland, and has been a practicing attorney for over 50 years.

In addition to his local and Sullivan County government service which included chairing the former Board of Supervisors for two years, Boyar’s love of nature, the outdoors, river activities, and fishing have inspired him to be active in environmental conservation issues.

He was an early architect of Sullivan County’s recycling program, has long advocated for cleaner energy and more thoughtful water releases on the Delaware River, serves as president of the Upper Delaware Chapter of Trout Unlimited with its numerous youth engagement and coldwater fisheries protection programs, and was Highland’s first “Litter Leader” for the UDC’s 15-municipality Upper Delaware Litter Sweep which debuted last year at Boyar’s suggestion.

A former angler columnist for the River Reporter, Boyar’s additional memberships include the Catskill Fly Fishing Center and Museum, Friends of the Upper Delaware River, Beaverbrook Rod and Gun Club, and Trout Unlimited.

He has been recognized for his river valley contributions with the UDC’s 2021 Community Service Award, a 2015 Oaken Gavel Award, and earned a 2003 Lifesaving Award with his son, Matt, for a drowning prevention rescue.

Aaron Robinson was elected as 2022 vice-chairperson after chairing the UDC in 2018.

Shohola Township appointed him to the UDC board 10 years ago as a 2nd alternate representative. He became 1st alternate in 2015 and ascended to representative the following year.

He serves on the Project Review and Operations Committees, and is active with the Personnel and Building Subcommittees.

The 1973 Eldred High School graduate who earned a 1976 degree in Agricultural and Life Sciences from Cornell University has long been involved in river issues, starting with his activism at age 18 in Catskill Waters’ mission for balanced reservoir releases; his research and publication of a 1975 Delaware River canoeing, kayaking and camping booklet and a set of Upper Delaware recreation maps; and work for a local outfitter.

The then 21-year-old entrepreneur bought a business in Barryville, NY that became Robinson’s Sawmill, which he operated for 24 years and yielded two international patents for wood-related equipment that he invented and sells. Robinson manages an 800-acre timber stand in Shohola Township and is the sole proprietor of Firewood-on-Time.

In addition to his UDC service, Robinson has been active on the Shohola Township Planning Commission since 2009, is a trustee and cemetery manager for Temple Beth-El Synagogue in Port Jervis, was a former member of the Town of Highland Zoning Board of Appeals and Eldred Central School Board, and remains involved with the New York State Lumberman’s Insurance Trust Fund philanthropic endeavors.

Aaron and his wife, Randy, are the parents of a son and a daughter.

Al Henry was appointed by the Berlin Township Board of Supervisors as its UDC delegate 10 years ago in 2012.

He chaired the Council in 2015 after having served as its secretary-treasurer from August 1-December 31, 2013, then again in 2014, and consecutively for the past six years of 2016-2021. He sits on all three UDC committees (Water Use/Resource Management, Project Review, and Operations) and chairs its Personnel Subcommittee.

A native of Beach Lake, PA, Henry was employed by the National Park Service (NPS) for 32 years, all but three years of that tenure with the Upper Delaware Scenic and Recreational River, before retiring on June 1, 2009 as Chief Ranger.

The Honesdale High School graduate earned a Bachelor’s degree in Recreation and Parks from Penn State University in 1976 and studied Outdoor Education at the University of Northern Colorado before joining the NPS ranks in 1977.

In addition to extensive law enforcement credentials, Henry earned certification as an NAUI Divemaster, served as a volunteer firefighter, and coached baseball and soccer locally.

Henry helps maintain his family’s 300-acre Village View Farm property in Beach Lake, and is a member of the Beach Lake Hunting and Fishing Club.

Al and his wife, Karen Carlson, are the parents of Dr. Alana Rickard and Dylan Henry, Esq. They have three grandchildren; Beau, Penn, and Vivian.

The Upper Delaware Council works in partnership with the National Park Service to oversee implementation of the River Management Plan for the Upper Delaware Scenic and Recreational River. Visit www.upperdelawarecouncil.org for more information.