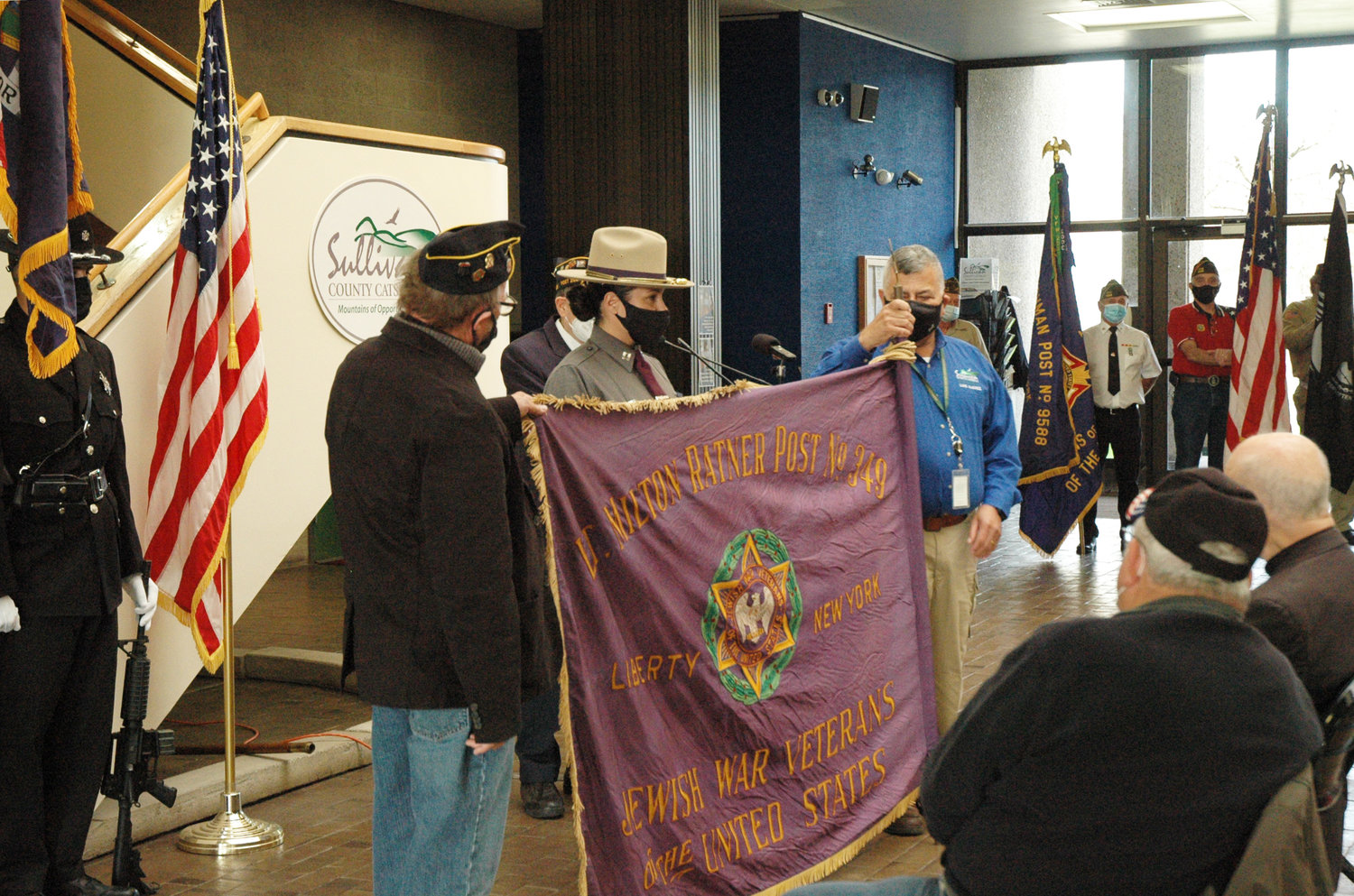 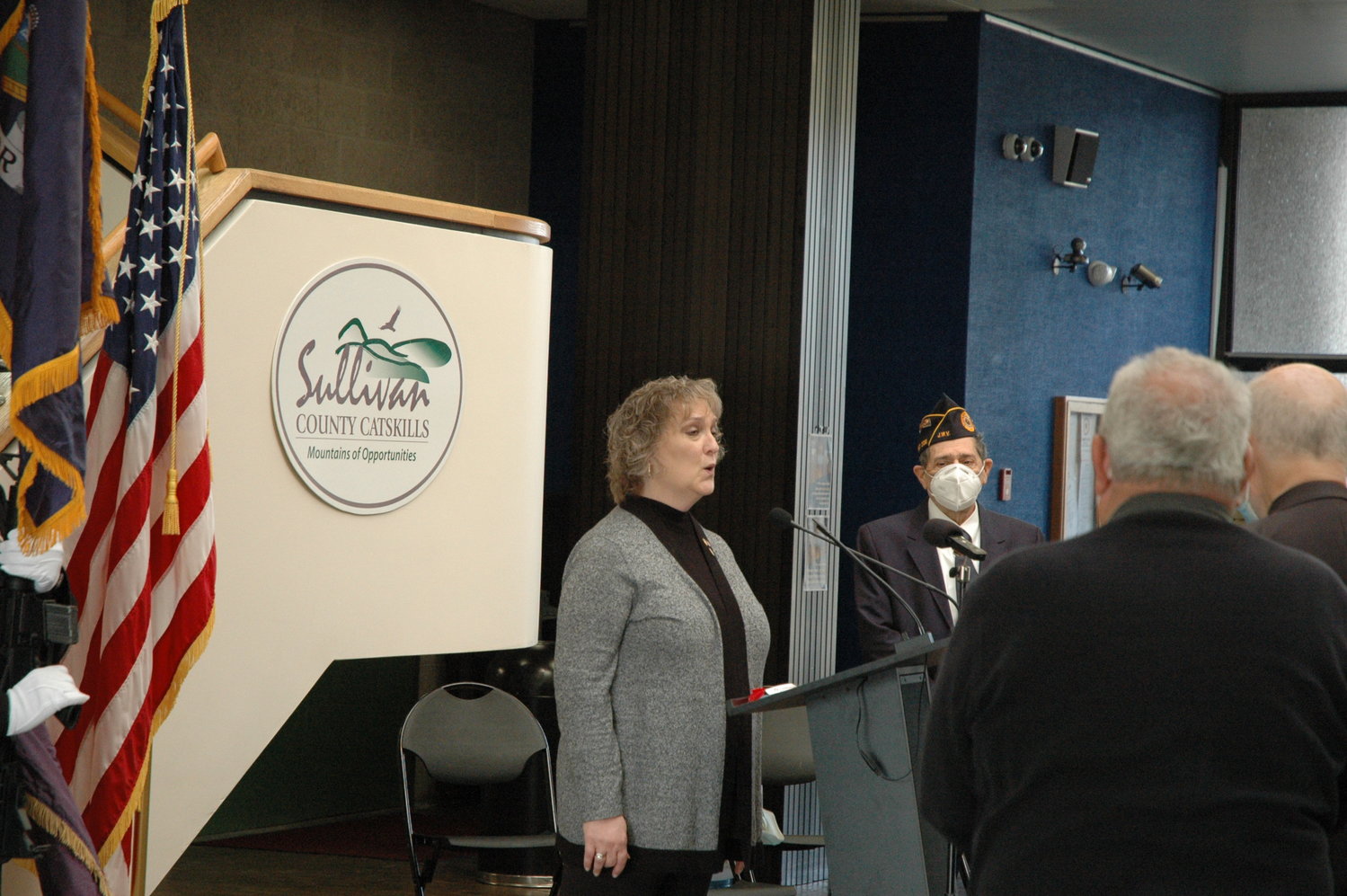 Lori Orestano-James singing God Bless America prior to educating the crowd on the history of the song.
Derek Kirk | Democrat 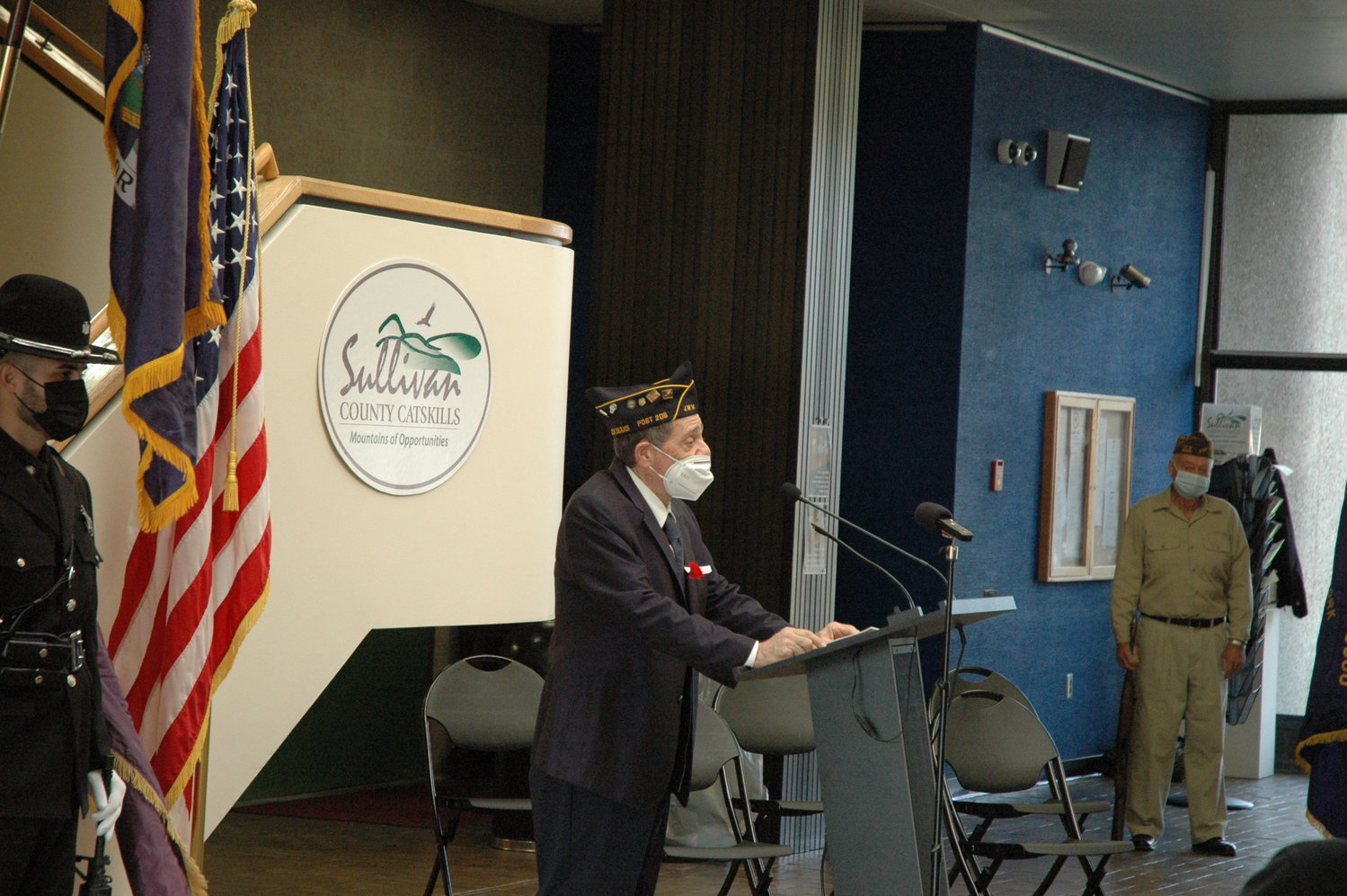 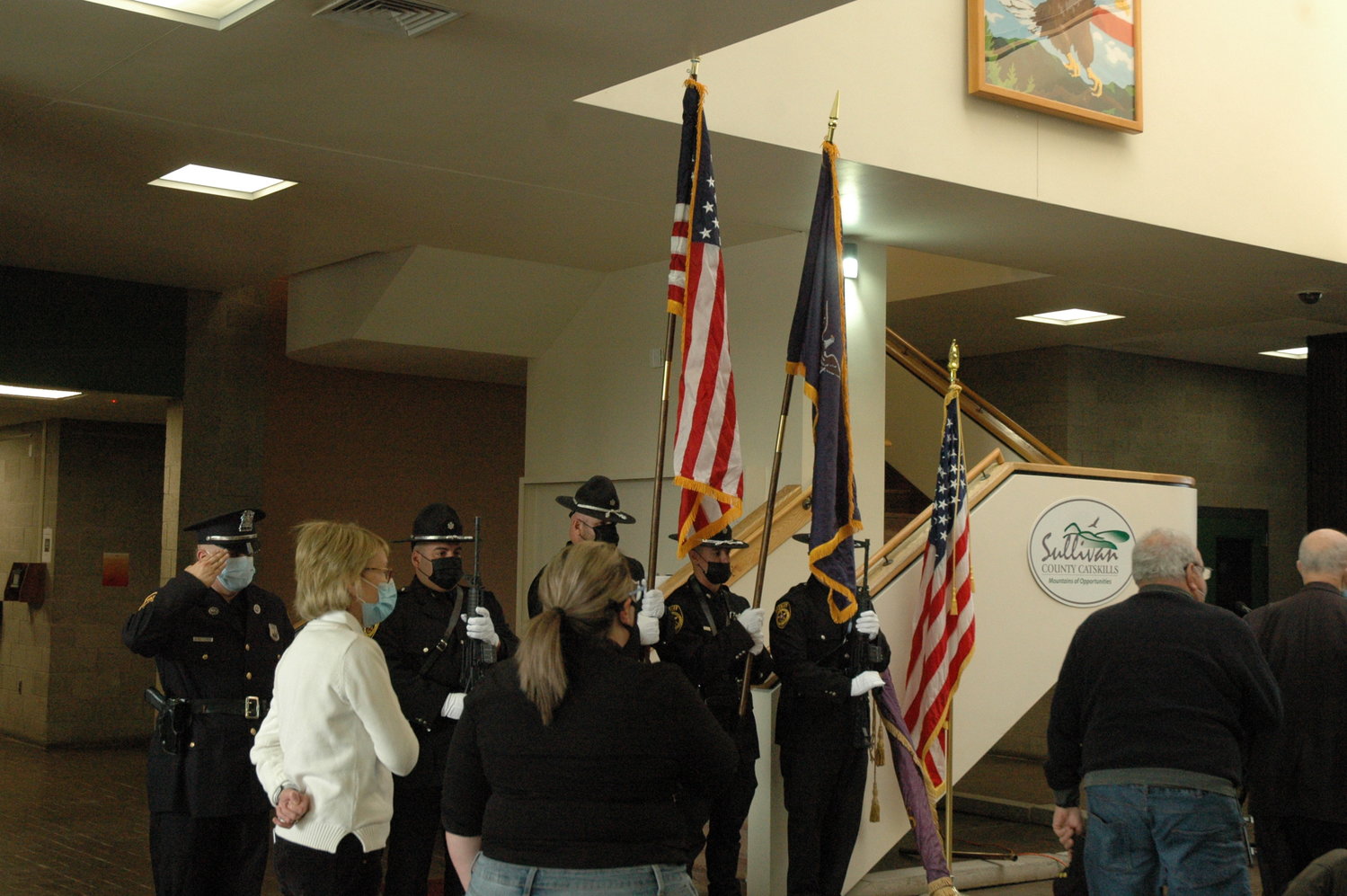 At the ceremony, NY State Police Captain and Zone Commander Reva Navarro, the first woman to become a Zone Commander in Sullivan County, accepted a flag and a photo from the Jewish War Veterans Jesse Brams Post 206.

The ceremony was opened by NYS Assemblywoman Aileen Gunther leading the Pledge of Allegiance, followed by a prayer from Senior Priest in Residence Reverend Father Ivan Csete of the Parish of Immaculate Conception of St. Mary’s Church of Port Jervis, New York.

After the Pledge and prayer concluded, Navarro was introduced to the podium by Master of Ceremonies, Bill Kapito.

Kapito is the acting Commander of Post 206 of the Jewish War Veterans of the United States of America.

The flag which originally belonged to the Jewish War Veterans Post 206 and a picture of Jewish State Trooper, First Lieutenant Milton Ratner, who perished in a bombing in Sicily on July 11, 1943, were accepted by Navarro.

Kapito told the Democrat that these items will be honorably placed in the State Police Barracks.

“Thank you all so much for gathering here today to recognize the contributions of all veterans,” Navarro said.

Navarro joined the Army in 1998 and served four years in active duty and an additional nine years in the National Guard. She ended her enlistment thereafter, reaching the rank of Sergeant First Class.

“To all the Veterans out there who have served and are still serving, thank you for your service,” Navarro concluded.

Lori Orestano-James, a throat cancer survivor, closed out the ceremony with a rendition of God Bless America.

“Five years ago today, I was in a hospital bed in Westchester County being told I would never be able to sing, speak, or hear again. The Veterans stood by my side that day, and throughout my healing,” she said prior to singing.

A closing prayer was offered by Rabbi Simcha Zajac of the Chabad of Rockhill, New York.

Master of Ceremonies Bill Kapito then officially closed out the ceremony with gratitude towards Veterans and a call to help law enforcement.

“They need help so they can continue to help you in your hour of need,” Kapito said.

Liberty glows for the season

Down by the river

Recycling Has a New Face in Sullivan County