Four new Village of Liberty PD officers were sworn in 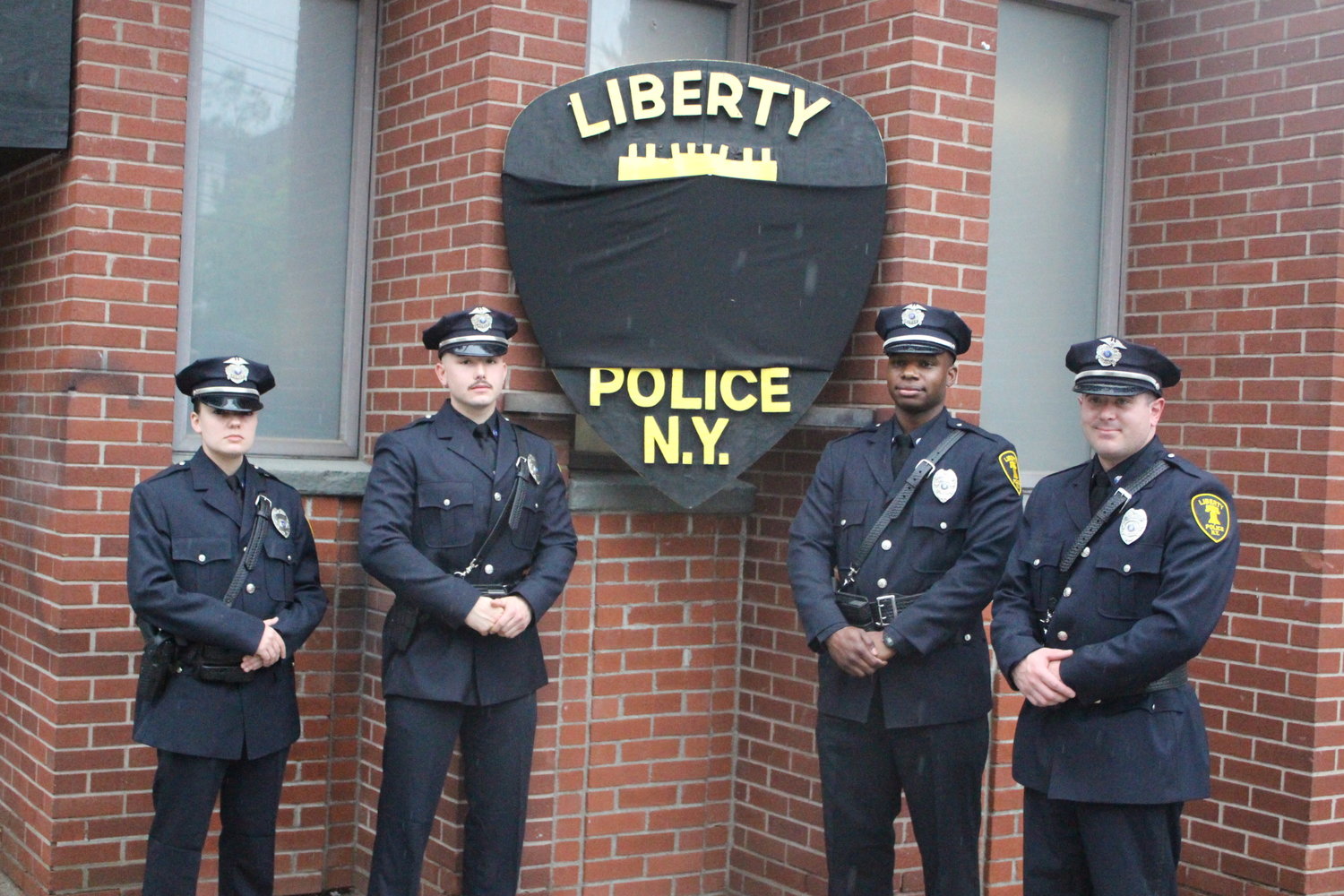 LIBERTY — For the friends and family who gathered inside the Liberty Municipal Building on Thursday, June 3, it was a moment of pride and joy. They joined together to see four young people sworn in as new members of the Village of Liberty Police Department.

The four new officers replace vacancies within the department created by recent retirements and resignations.

“All four of these individuals have varied backgrounds, upbringings, education and experience,” said Village of Liberty Police Chief Steven D’Agata. “However they all share one thing in common, that they all have made a commitment to serve the residents of the Village of Liberty by providing for their public safety.”
Village of Liberty Mayor Ron Stabak stepped forward to administer the oath of office to Officer Christopher Orlando, Officer Andres Arestin, Officer Larrie Williams and Officer Breann Jones.

After taking their oaths, each officer had their badge presented by a family member or loved one.
“As long as these officers carry this badge under my charge they will be held to the highest standard of our community.”

“Based on what I have learned about these four young officers so far, this will not be a difficult task for them as they all possess a world class character, work ethic and moral compass,” Chief D’Agata said.
According to the Liberty Police Department, Officers Orlando and Arestin have already begun patrolling. Officer Williams will be graduating from the Police Academy in July where he will then begin his field training program and Officer Jones will be attending the Police Academy in August and graduating early 2022.