There is no way one can easily identify and describe the proficient style that has made Vincent (we all call him Vinnie) Collura the excellent bowler he becomes after he straps on his bowling shoes. … 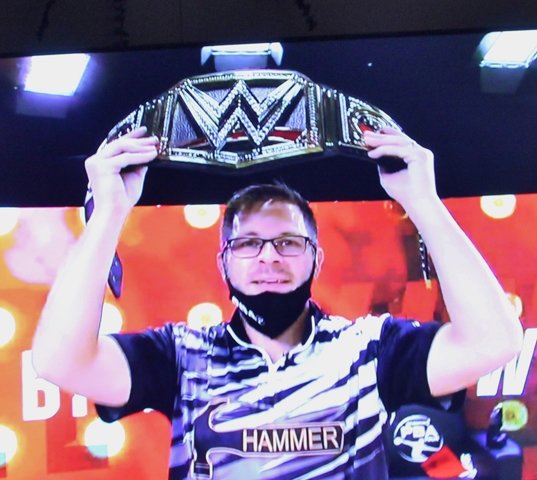 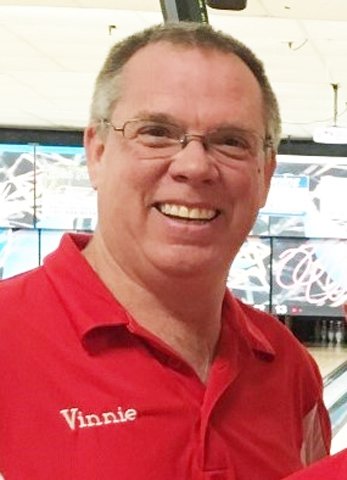 There is no way one can easily identify and describe the proficient style that has made Vincent (we all call him Vinnie) Collura the excellent bowler he becomes after he straps on his bowling shoes.

A pure gentleman both on the bowling alley or at the golf course, Vinnie has perfected a classic, steady and professional style that is fun and exciting to watch.

The 52-year-old Monticello bowler is married to Carena Richardson Collura for 28 years and Carena is also an excellent bowler in the Tuesday Mixed Firefighter league at Kiamesha Lanes.

Vinnie is a graduate of Monticello Central School and bowled in the Saturday morning Kiamesha Lanes Youth league before joining his first men's league -- the Monday Men's league at Kiamesha Lanes -- right after high school.

His present league averages are 217 in the Monday league and 218 in the Tuesday league.

During his bowling career he has held league offices such as President, Vice President and Secretary-Treasurer.

He also was one of Kiamesha Lanes representatives elected with the creation of the Tri-County Bowling Association.

Bowling under today's COVID-19 era Vinnie noted “this has been an interesting year bowling in this strange world,” and “we do wear masks at all times, and we reduce our social interactions during the night which changes our relations with our fellow bowlers.”

“During the organizational meetings we needed to think in terms of if the bowling alley shuts down what will happen....how is this possible?” Vinnie added.

Collura said, “I do enjoy watching professional bowling and like watching some of the classic bowlers such as Walter Ray Williams, Chris Barnes and Norm Duke."

He is also an excellent golfer in the Sullivan County Thursday Night Travel League.

Vinnie is employed at The Center for Discovery as an Assistive Technician.

Bill O'Neill claimed the final title of the 2020 PBA Tour season by defeating Anthony Simonsen in two straight games to win the 2020 PBA Playoffs. O'Neill's 13th career PBA Tour title and second of the season earned him a $100,000 first-prize check and an official WWE championship title. O'Neill, who finished second in last year's PBA Playoffs, was especially gratified to earn the title this season.

“A lot of redemption,” said O'Neill, the overall number two seed. “I didn't want to come in second again in this event. I was confident in my ball reaction and I knew if I made good shots, I was going to come away with the win.”

The championship match featured a race-to-two-points format in which one point was awarded to the winner of each game. If tied after two games, the players would go to a ninth-and-10th-frame roll-off, but O'Neill didn't let that happen. He secured a 235-203 win in game one, then claimed the championship with a 249-195 triumph in game two.

“The back half of game two was some of the best bowling I've done in a long time,” said O'Neill, who rolled eight consecutive strikes to finish the second and decisive game.

O'Neill made an adjustment during his quarterfinals match that helped him feel comfortable throughout the rest of the event.

“It's been unbelievable the last couple years,” he said. “I certainly didn't expect to have the success I've had. I knew I was going to get back into the winner's circle, but I didn't expect all this. I owe so much of it to my dad who put in so much work with me and really knows my game in and out. He's the one who got me ready for this event.”

The USBC does absolutely nothing to preserve the integrity of the game.....they only minimally regulate bowling balls and allow bowling centers to put out conditions that are so forgiving that honor scores are really a thing of the past as they are so common today for league bowlers.

As putting out tougher house shots would undoubtedly result in the loss of a large percentage of house bowlers.....the PBA softening up the pro patterns is really the only viable alternative.