Where is high school bowling headed?

Where is high school bowling headed? 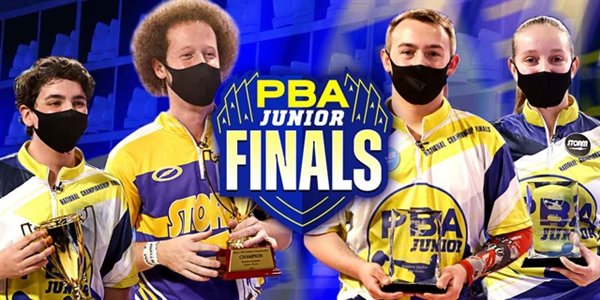 To help achieve those goals, USBC High School maintains strong relationships with the National Federation of High School Associations (NFHS), state athletic associations, the Bowling Proprietors' Association of America (BPAA) and USBC Coaching, as well as providing a stepping stone to further opportunities such as college bowling and the USBC Junior Gold program.

Whether you're a student, parent, school administrator, high school state athletic association official, state proprietor association representative or bowling industry leader, USBC High School is your ONE resource that will help you to create and maintain high school bowling programs.

To obtain membership, please contact your local center. Membership will be processed using the new USBC Youth processing system, with the league type classified as Scholastic High School. The member is responsible for providing end-of-season average information to the processor.

Looking for information about high school bowling? The USBC High School Guide is what you need. This informative, easy-to-use handbook includes everything you'll need to start a high school bowling program in your area such as: suggested playing rules, certifying post-season events through USBC, future opportunities for high school athletes and more. A great resource for school administrators, coaches and athletes.

This collaboration from USBC High School and USBC Coaching and Certification has everything needed to help grow your high school bowling team. From fundamentals to team drills, this guide offers the tools to aid any coach or volunteer looking to elevate their high school team to the next level.

Since high school bowling is just beginning to be recognized as a serious competitive sport in the high schools, there are very few experienced school staff members trained to either instruct or coach bowling. Currently, certified volunteers from local bowling centers, pro shops and membership organizations are being utilized.

USBC Coaching and Certification provides coaches of all levels the materials to help them learn how to coach young bowlers.

Jillian Martin and Spencer Robarge became the first PBA Jr. National Champions, each earning $7,500 in SMART Scholarships along with their titles. Martin won the girls division with a victory over Victoria Varano and Robarge defeated Nate Purches to win the boys division.

After 16-year-old Varano finished with a 246 game, Martin, also 16, needed two strikes in the 10th frame to win the girls division. Martin rolled all three strikes, giving her six in a row to finish with a 257 game and the title.

Martin, who finished second in the 2021 PWBA ITRC Classic in January, was the No. 2 seed after 10 games of match play, then defeated Alyssa Ballard to earn a spot in the televised finals against top-seeded Varano.

Following the PBA Jr. National Championship victories by Martin and Robarge, Purches teamed with Kyle Troup to win the Pro/Jr. Doubles Championship, combining to roll the first eight strikes in the title match before Purches left a 10 pin in the ninth frame.

The PBA Jr. National Championship began in September of 2020 with youth bowlers competing in five regions around the United States. The top 20 bowlers (two boys and two girls from each region) advanced to match play, held Feb. 20 in Jupiter, Fla. After 10 games of match play, the top seeds from each division (Robarge and Varano) advanced to the televised finals. Their opponents, Purches and Martin, advanced to the finals through a modified stepladder following match play.

The gap between league bowler and the elite professional bowler grows larger each year.

The USBC does absolutely nothing to preserve the integrity of the game. They only minimally regulate bowling balls and allow bowling centers to put out conditions that are so forgiving that honor scores are really a thing of the past as they are so common today for league bowlers.

As putting out tougher house shots would undoubtedly result in the loss of a large percentage of house bowlers. The PBA softening up the pro patterns is really the only viable alternative.