North America was still mostly an uncivilized place in the early 1750s, and open warfare between the British and the French in their struggle to control the new continent, as well as the unhappiness … 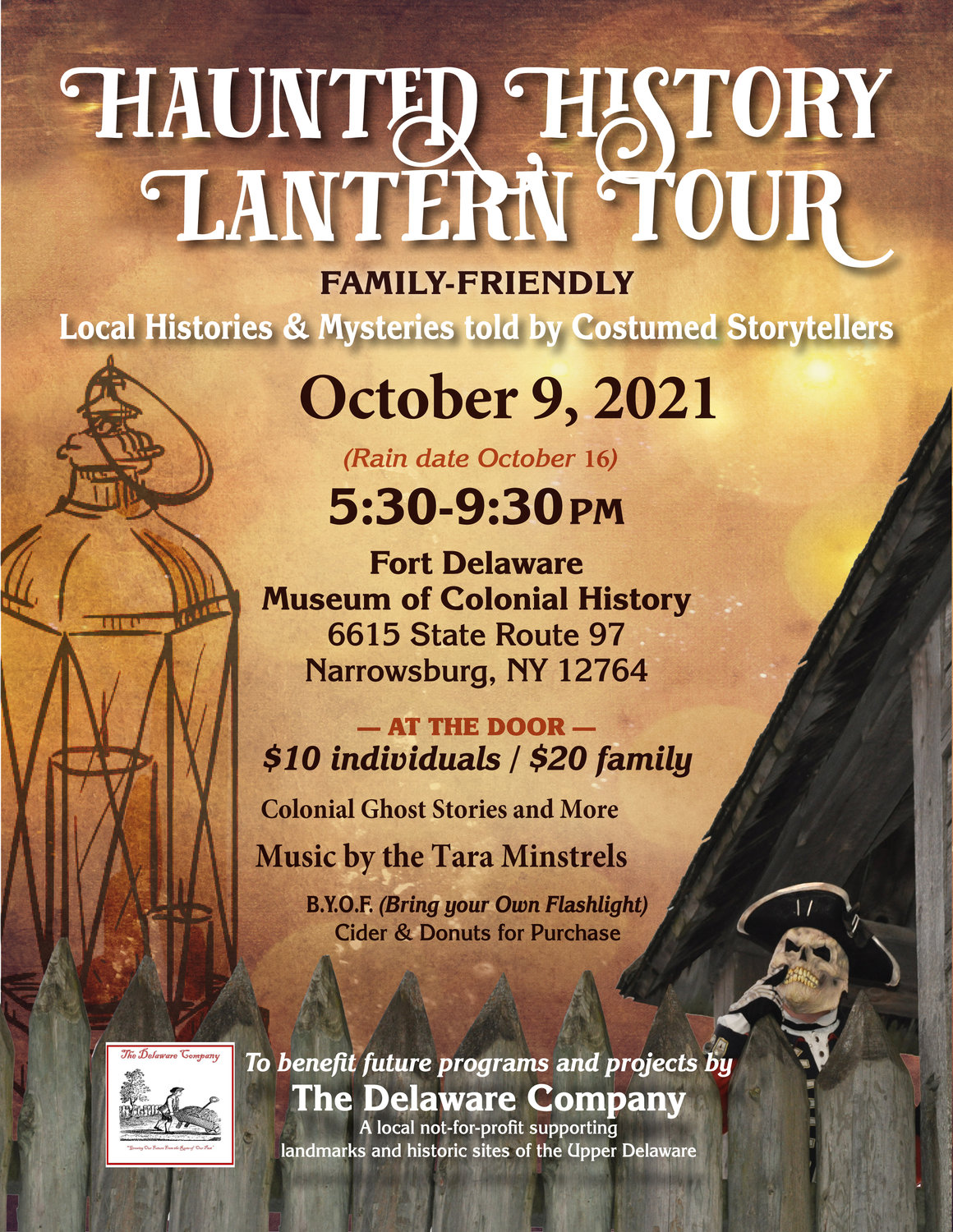 North America was still mostly an uncivilized place in the early 1750s, and open warfare between the British and the French in their struggle to control the new continent, as well as the unhappiness of the increasingly displaced Native American tribes made it a hostile place, as well.

While the Upper Delaware River Valley remained a rugged frontier wilderness, eastern Connecticut was becoming overpopulated and farmland there was becoming scarce. Some of the Connecticut residents who were feeling squeezed out began to form companies for the purpose of purchasing lands elsewhere. The Susquehanna Company, formed in 1754, was one such group, consisting of about 600 men, who purchased from the Iroquois confederacy a large tract of land along the Susquehanna River, paying the Natives mostly with whiskey.

Another, smaller group, calling itself the Delaware Company purchased a tract of along both sides of the Delaware River. By 1757, this group had formed a small settlement on the new property called Cushetunk.

The Delaware Company solicited new settlers through a prospectus that claimed they had established three separate communities, each extending ten miles along the Delaware River and eight miles westward. These new communities consisted of thirty cabins, three log houses, a grist mill and a saw mill. But all was not well along the frontier.

The ownership of the land along the Delaware had been in dispute for more than a century. Both Connecticut and Pennsylvania had been granted charters to the lands west of the Delaware River by King Charles II—charters that overlapped substantially—and the lands on the east bank of the Delaware were claimed by both New York and New Jersey. To further complicate matters, the Lenape, or Delaware tribe and the Seneca who had subjugated them, also claimed ownership. These conflicting interests led to considerable tension among the various parties.

The most respected of the leaders of the Delaware Company was a man named Joseph Skinner, was tasked with resolving the controversy. A meeting was arranged at Wyoming, along the Susquehanna, with the revered Delaware chieftain Teedyuscong in an attempt to reach an agreement with the Delaware that would enable the settlers to live in peace and the Delaware to feel justly compensated. It was determined that if the meeting with Teedyuscong was successful, Skinner would then meet with Seneca leaders to try to reach a similar accord.

But Joseph Skinner never made it to his meeting.

In fact, the leader of the Delaware Company had not been seen nor heard from for nearly two years when his body washed up on an island in the Delaware River in January of 1759. The body was identified by the family Bible found in a pocket, and it was determined that Skinner had been shot, though to this day no one knows why or by whom.

Some people believe that when a person is killed and the perpetrator is never punished, the spirit of that person is doomed to roam the earth until justice is carried out. Skinner’s haunting presence has been reported from time to time throughout the Delaware River Valley, even to this day, more than 250 years after his death.

The story of the murder of Joseph Skinner and his spirit’s subsequent quest for justice is just one of several eerie ghost stories that will highlight the third edition of the Haunted History Lantern Tour at Fort Delaware Museum of Colonial History in Narrowsburg on the evening of Saturday, October 9. The event is a fundraiser for the non-profit history education group, The Delaware Company, which takes its name from those earliest settlers.

The event runs from 5:30 to 9:30 p.m., and in addition to local ghost stories will feature music around the campfire, provided by the Tara Minstrels, and refreshments to purchase. It is being hailed as a family friendly event and admission is just $10 per person or $20 per family, with proceeds going to The Delaware Company. Patrons are asked to bring their own flashlights for touring the Fort after dark.

Joseph Skinner will no doubt be in attendance, at least in spirit, and it will be interesting to see what other unearthly presences might put in an appearance.