LIVINGSTON MANOR – Turning defense into offense, running the fast break, and knowing when to press the ballhandlers are important to winning basketball games. Livingston Manor hosted Eldred for … 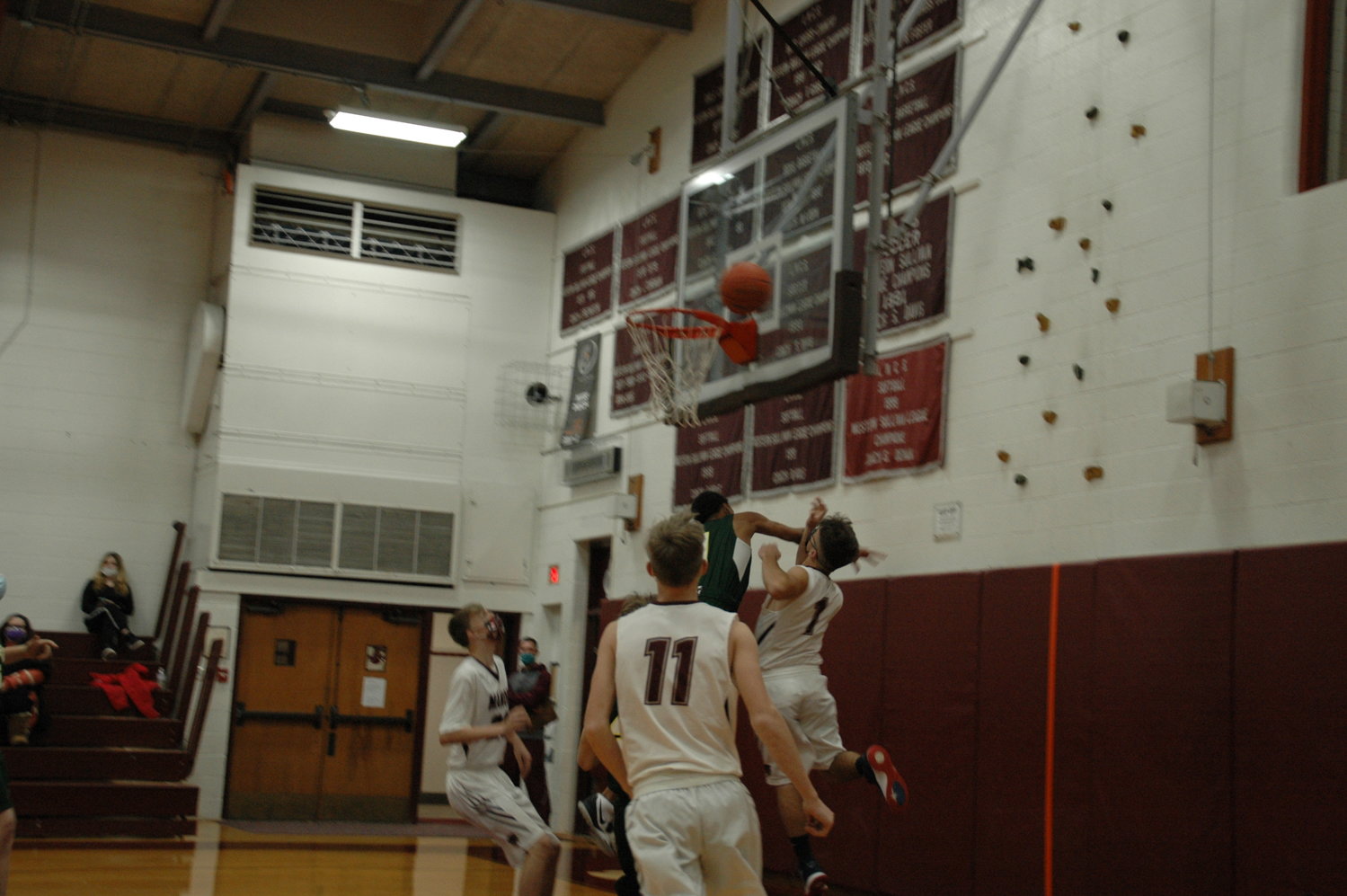 Kevin Bear drives from the baseline to put up a shot past the Eldred defender, Trai Kaufmann. Kaufmann led Eldred’s offense with 10 points.
Anthony Morgano | Democrat 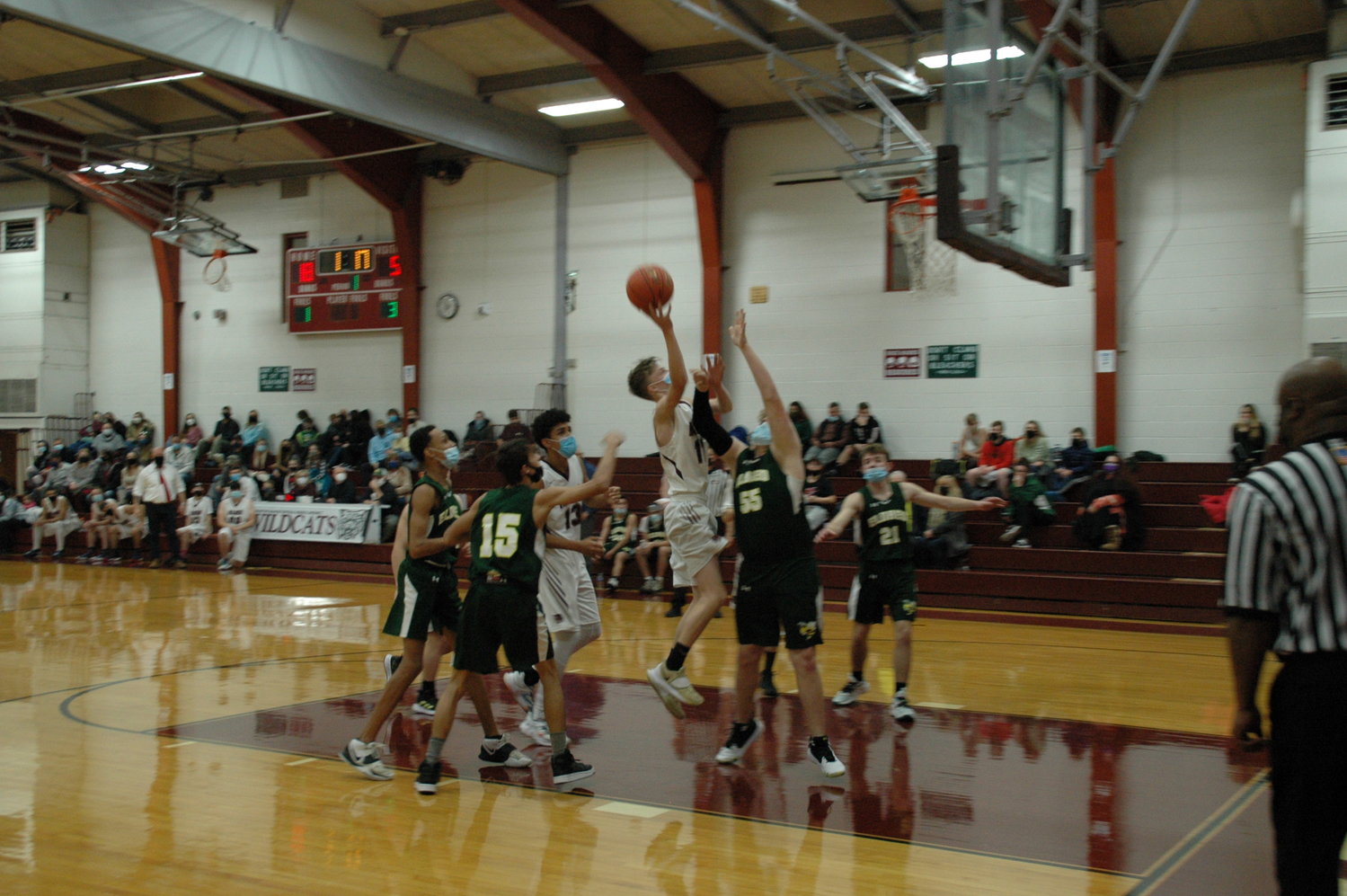 LIVINGSTON MANOR – Turning defense into offense, running the fast break, and knowing when to press the ballhandlers are important to winning basketball games. Livingston Manor hosted Eldred for their first Class D division matchup, and the Wildcats defeated the Yellowjackets handily, 47-18.

The season is still in the very early stages, with Eldred only having one game of practice before the division matchup, while Livingston Manor had two. The two teams were 0-3 heading into the game, but overall records mean nothing when it comes to division matchups.

In the early stages of the game, it seemed like a stalemate was going to ensue. Neither team would budge defensively, and after nearly four minutes had passed in the quarter, the score was tied at 5 apiece.

In the final 3:53 of the first quarter, the Wildcats put together a 13-0 run, followed by three last minute points for the Yellowjackets to end the first frame 18-8.

The 10-point lead to start the second was a nice cushion for the Wildcats, but a convincing second quarter, in which they outscored Eldred 9-0 and increased their lead to 19 at half time, put them in a position to win.

The two teams battled throughout the third quarter, with both schools adding nine points in the frame, and the score heading into the 4th was 36-17. Livingston Manor was able to hold Eldred to just one point in the fourth, while adding 11 points to their total and earning their first win of the season in front of the home crowd.

Livingston Manor’s coach, Charlie Hicks said, “We came out slow but our defense and rebounding led the way. We gave ourselves a lot of second chances on offense. It was a big win for us, and getting a division win early in the season is always nice.”