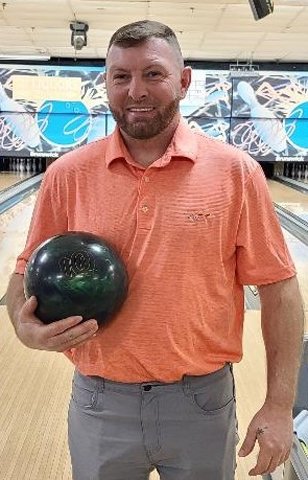 Bill, 42, of Mongaup Valley is a member of the T21 Tribe team and bowled this 300 with teammates Jim VanAken, Daniel VanAken and George VanAken.

His current average is 198 in the Monday league and 200 in the Tuesday Mixed Firemen's league.

Asked if all strikes were in the pocket he said, “yes.”

VanAken is married to his wife, Allison, and they have two children, Logan and Jenna. He is employed by the Town of Fallsburg Highway Department.

The Profesionnal Bowlers Association (PBA) announced last week that Guaranteed Rate, one of the largest retail mortgage lenders in the country, has signed on as the Title Sponsor of the 2021 PBA Tour season.

“We're thrilled to expand our partnership with Guaranteed Rate and welcome them as the Title Sponsor of the 2021 PBA Tour,” said Colie Edison, Chief Executive Officer of the PBA. “Guaranteed Rate has proven to be a great partner of the Tour and our players, and we look forward to continuing the momentum into the new season.”

The expanded agreement provides Guaranteed Rate with an array of exclusive marketing rights and opportunities to connect the brand even further with the PBA Tour, its fans, and its events. The 2021 Guaranteed Rate PBA Tour on FOX began Jan. 24.

But that's not the only prize money on the line. The PBA and FOX have partnered to once again present the $1 Million Bonus incentive for any player who bowls a perfect 300 in the Title match in one of four key PBA events on FOX Broadcast Channel.

“We're excited to build upon our partnership with the PBA,” said Guaranteed Rate Chief Marketing Officer Steve Moffat. “The players on the PBA Tour are the best athletes in the sport and believe anything is possible. We're proud to be part of the excitement as they compete not only for the win, but for the perfect game.”

Only three televised 300 games have ever been accomplished in a title match in the history of the PBA Tour, most recently this time last year, when Tommy Jones bowled a perfect game at the 2020 PBA Hall of Fame Classic on FS1, the day after being inducted into the Hall of Fame.

The complete 2021 Guaranteed Rate PBA Tour schedule through April is available now at PBA.com, with additional details on PBA Tour events, including the PBA League and PBA King of the Lane Series to be announced at a later date.

Fans can catch all the action of the 2021 Guaranteed Rate PBA Tour on FOX and FOX Sports' FS1, and live stream the PBA on the FOX Sports and FOX NOW apps or at FOXSports.com. Select highlights will be available on @FOXSports social handles across Twitter, Facebook, Instagram, and YouTube.

The PBA's online streaming partner, FloBowling, will live stream the PBA Tour's qualifying rounds competition and provide in-depth interviews with the Tour's players. International fans of the sport can watch the TV telecasts live on FloBowling.com.

During this uncertain time, the PBA's main priority continues to be the health and safety of its players and staff. The PBA is taking all necessary precautions and following local and federal COVID-19 guidelines to reduce risks and modify procedures as needed.

The USBC does absolutely nothing to preserve the integrity of the game, they only minimally regulate bowling balls and allow bowling centers to put out conditions that are so forgiving that honor scores are really a thing of the past as they are so common today for league bowlers.

As putting out tougher house shots would undoubtedly result in the loss of a large percentage of house bowlers ... the PBA softening up the pro patterns is really the only viable alternative.