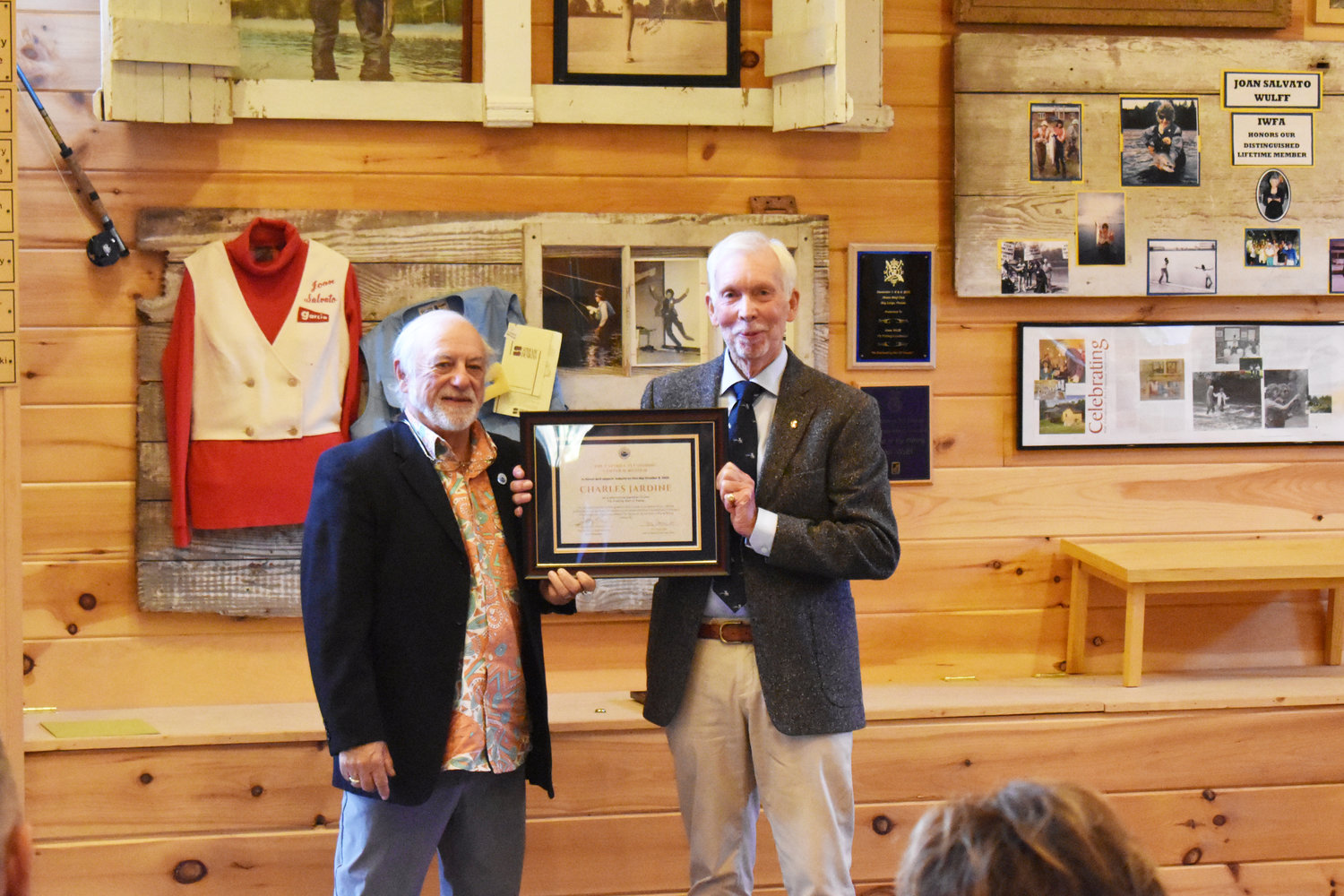 LIVINGSTON MANOR – Three new lifelong lovers of fly fishing were inducted into the Catskill Fly Fishing Center & Museum’s (CFFCM) Hall of Fame. Family, friends, and fishermen gathered at the museum to honor Charles Jardine, Charles Meck and Steve Raymond for their lifelong contributions to the sport.

The ceremony began with an introduction from Ali Abate, the museum’s new Executive Director.

Charles “Charlie” Meck (1932-2018) was the first of the three inductees. Charlie was an author, innovator and fly designer of national importance. The Korean conflict veteran taught at Penn State for more than 25 years before retiring and publishing his first book, “Meeting and Fishing the Hatches.”

HIs most well-known fly was called The Patriot, a red, white and blue dry fly that has become one of the best selling attractor patters across the nation.

Steve Raymond, who was unable to attend the ceremony, was inducted next. The author has written many books, on top of writing for many fly fishing publications, including “Sports Illustrated” and “Fly Fisherman.” He has written a dozen fly-fishing books and appeared in more than 24 magazines.

His fascination with fly fishing has centered around the Pacific Northwest, though he has fished all over the world. He resides on Whidbey Island in northern Puget Sound with his wife Joan.

The third and final inductee from Saturday’s ceremony was Charles Jardine. Currently the director of Fishing 4 Schools, an initiative that he started that takes angling into schools, working with young people from varied backgrounds, Jardine believes that the future of the sport is a shared commitment to all fishermen.

The British fisherman expressed his love for fishing in the United States, his second place finish in an ESPN fishing event in Lake Placid, and shared some of the seemingly endless memories that the sport has afforded him.

Each inductee, or the families and friends accepting the awards on their behalf, expressed how humbling their inclusion into the hall of fame is.

“This area is the crucible of what I’ve tried to do my entire life,” Jardine said while on the podium. “This is a fabulously good sport. We share ideas, that’s who we are. We are a community.”