Bagel lovers and festival attendees came out in thousands as Broadway in Monticello was transformed into Bagel Boulevard in celebration of the Bagel Festival on Sunday, August 14. 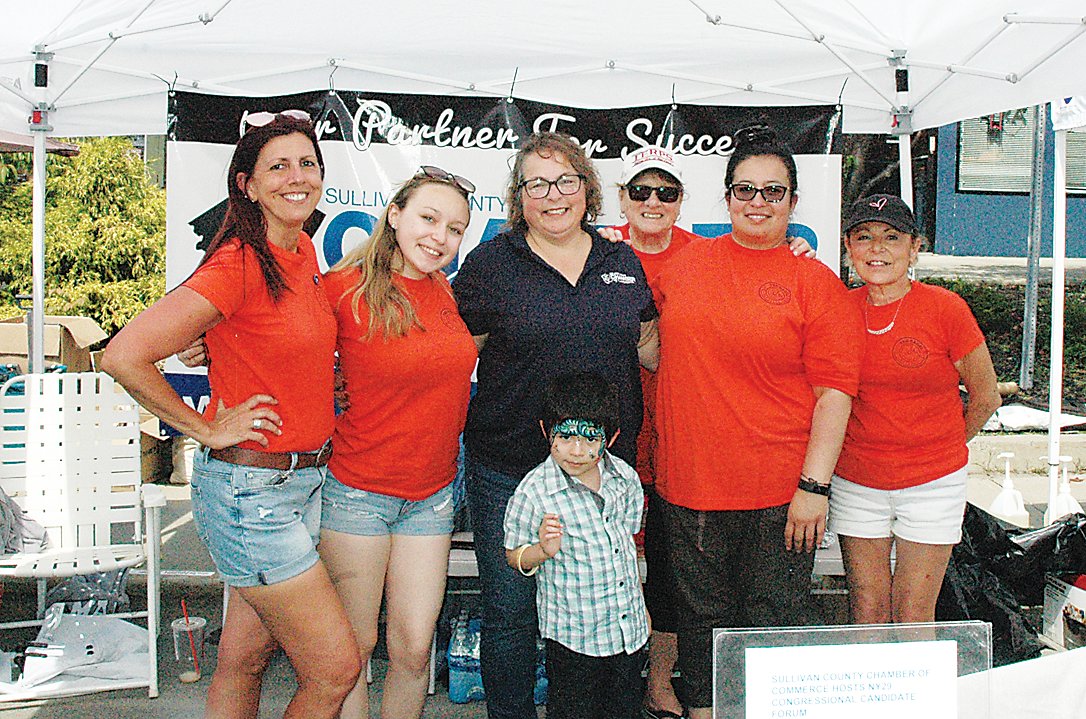 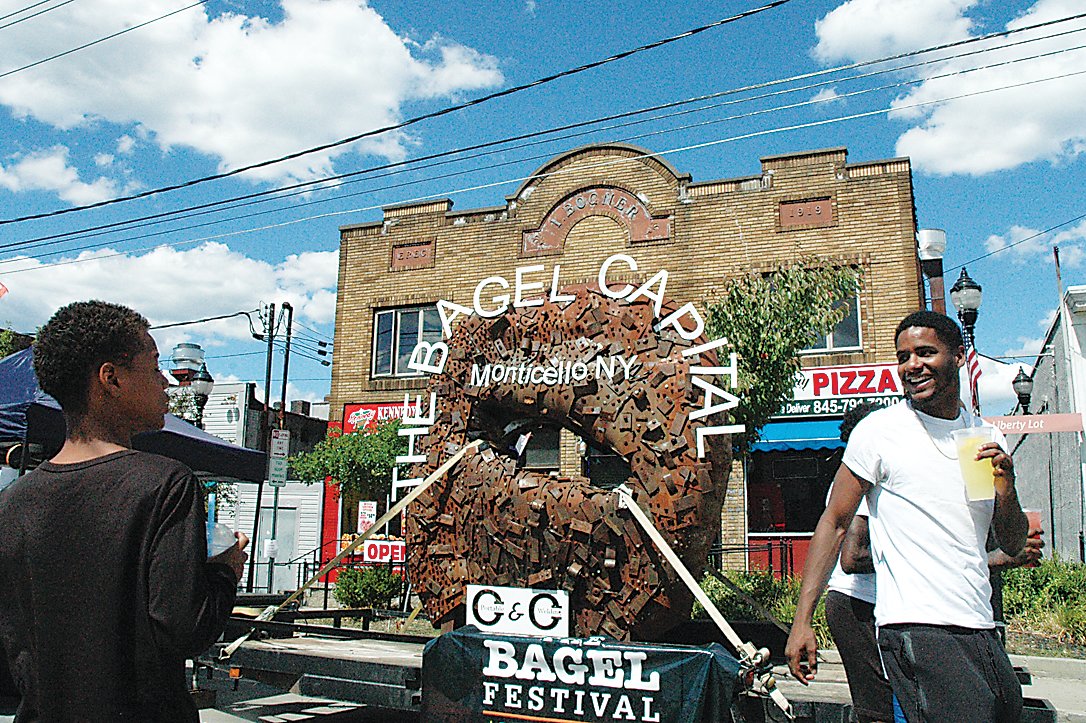 Thousands of people came out to celebrate the Bagel Festival in the ‘Bagel Capital’ of Broadway in Monticello.
Derek Kirk | Democrat 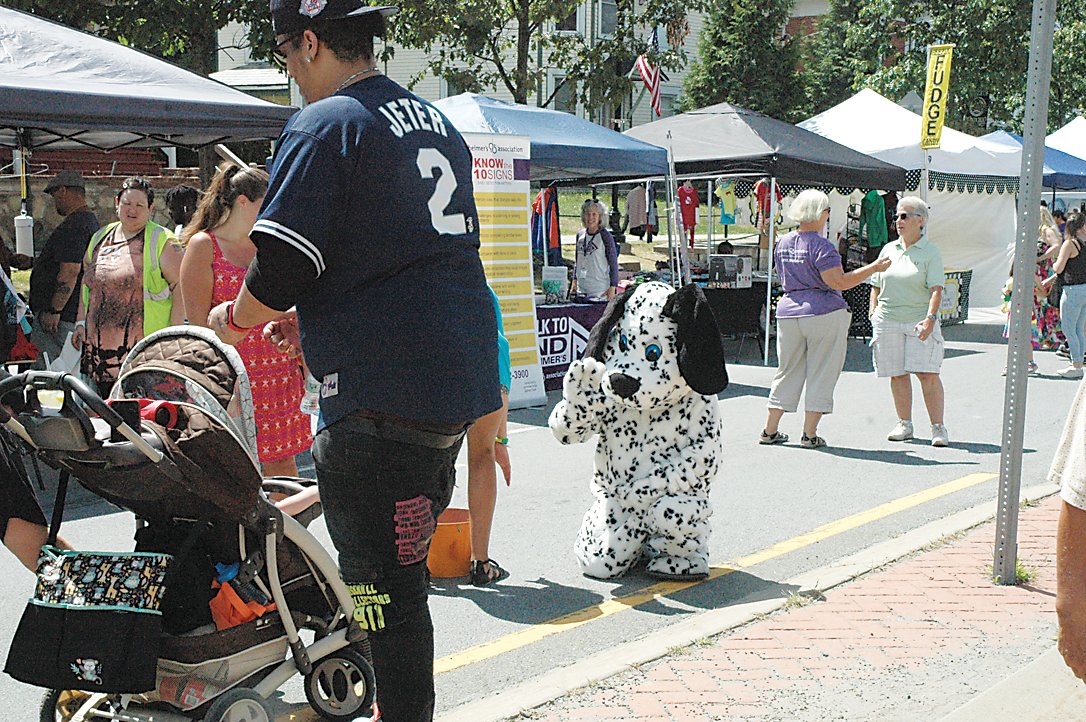 Families brought their children of all ages who could participate in the many games, activities, and meet and greets all along Broadway.
Derek Kirk | Democrat 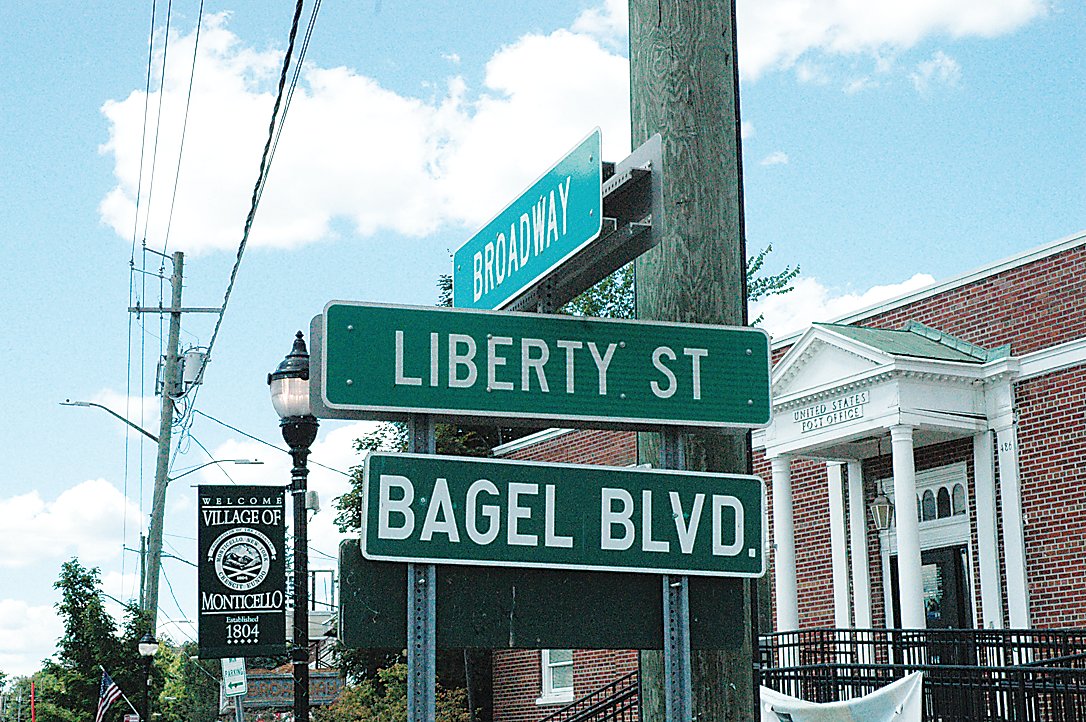 The transformation from Broadway into Bagel Boulevard was complete with signs put up for the whole day.
Derek Kirk | Democrat
Previous Next
Posted Friday, August 19, 2022 6:10 am
By Derek Kirk

Bagel lovers and festival attendees came out in thousands as Broadway in Monticello was transformed into Bagel Boulevard in celebration of the Bagel Festival on Sunday, August 14.

“Bold Gold Media was so proud to partner with the Sullivan County Chamber of Commerce on the Bagel Festival by producing the RadioBOLD Music Festival, this year the event was bigger and better than ever, with a sea of people on Broadway from open to close,” said Dawn Ciorciari, General Manager and Director of Sales at Bold Gold Media Group. She is also the Chair of the Sullivan County Chamber of Commerce's Board of Directors.

“We had over 120 vendors lining the streets and local entertainment all day starting with Shades, Restoration Church, The Bagel Triathlon, Far Beyond Gone, and Sommerville. This event brings thousands of people from near and far to our County Seat, showcases many local vendors and organizations, and ultimately generates sales tax dollars that benefit the citizens of Sullivan County,” Ciorciari said.

At the center of the festival was live music being performed from the Pepsico Frito Lay Stage put on by Bold Gold Media Group that gave attendees a beat to dance to as they ate their bagels and various other foods that were available along Broadway, check out the many antique, super, and muscle cars that were lined up for the car show, and participate in bagel-related games and activities.

“The Bagel Festival brought diverse communities together, welcomed people from many different states, showcased vibrant art, music and Sullivan county culture...it was a great day and event,” said Jaime Schmeiser, President and CEO of the Sullivan County Chamber of Commerce.