ROSCOE – When scaling the Section IX Class D tournament, the seemingly sure-footed Blue Devils stumbled before the peak. The No. 2 seeded-Roscoe team hosted Mount Academy, needing a win over … 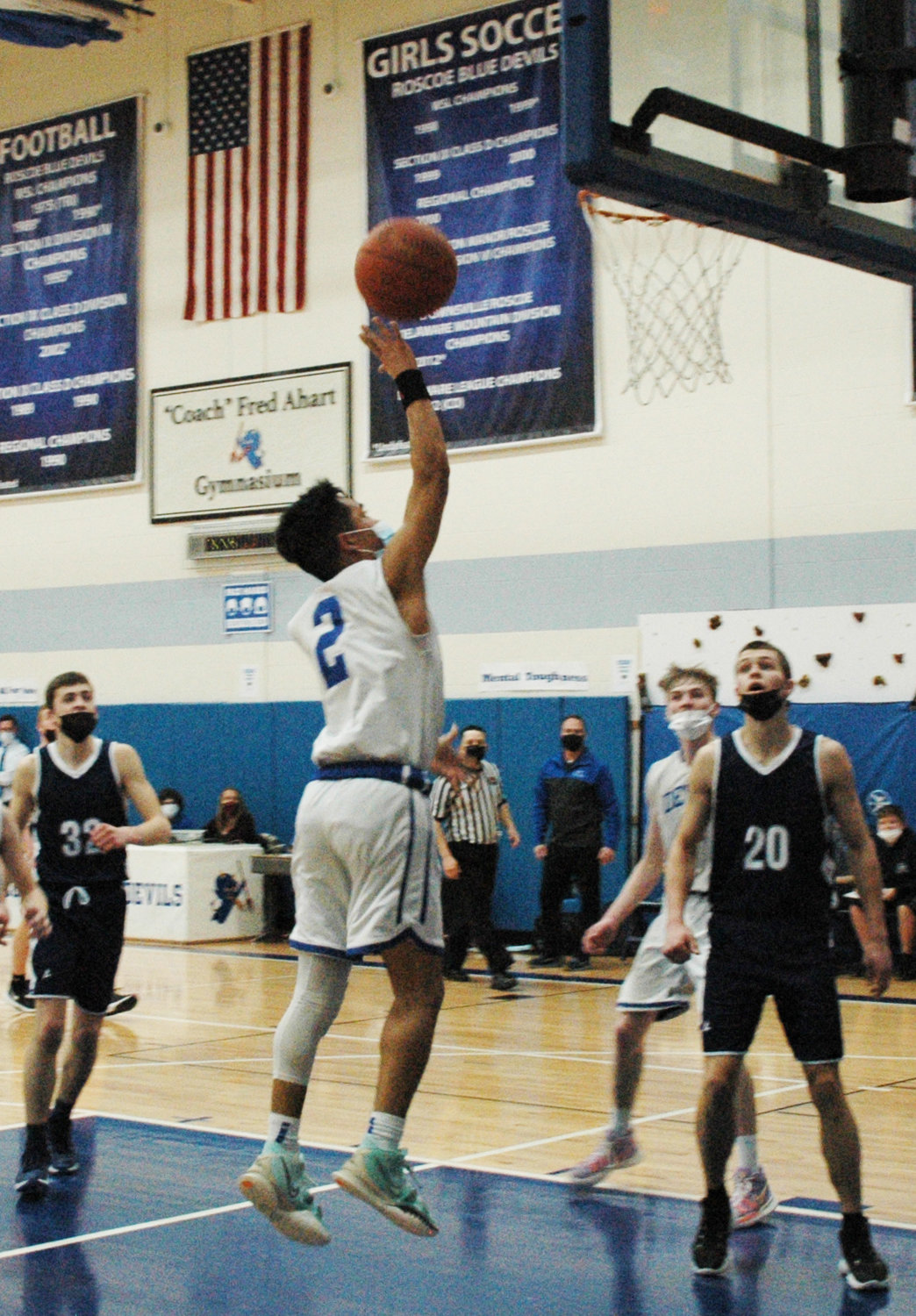 Alaniz Ruiz had an electrifying fourth quarter. His gravity defying antics and clutch trey kept Roscoe in the game down the stretch, scoring 11 points in the frame, even after missing crucial minutes sidelined with an injury.
Anthony Morgano | Democrat 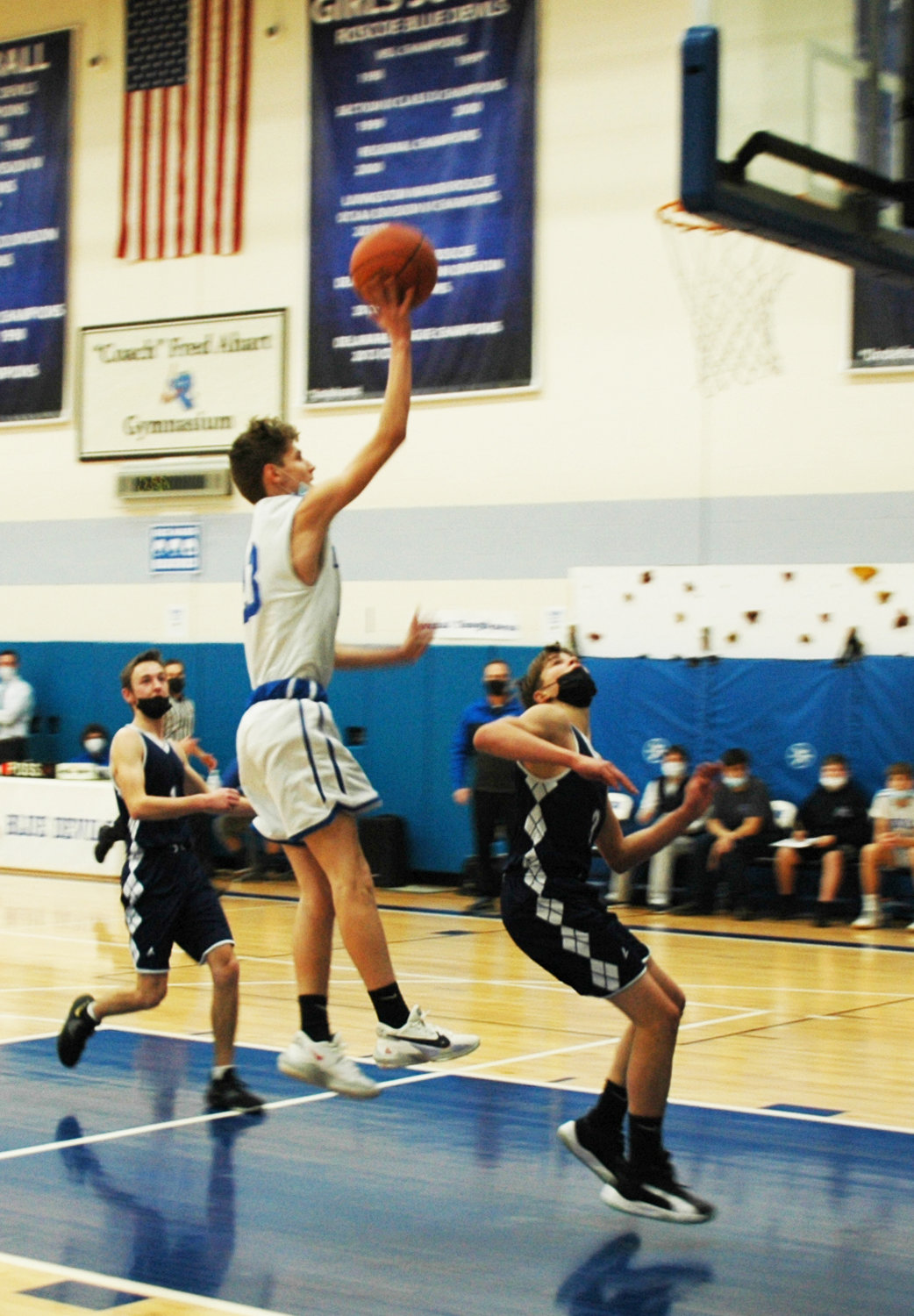 ROSCOE – When scaling the Section IX Class D tournament, the seemingly sure-footed Blue Devils stumbled before the peak. The No. 2 seeded-Roscoe team hosted Mount Academy, needing a win over the Eagles to earn a rubber match against Chapel Field, the only division team to beat them this season.

With a 9-point lead at halftime, Roscoe seemed poised to move on, but a second half surge by Mount Academy stunned the Blue Devils down the stretch, and they were ultimately eliminated in a nail-biting 50-47 finish.

“They were very strong in the paint,” coach Mike Hill said following the game. “Number 23 was a handful.”

Wilfred Wright, number 23, scored 10 of his 20 points in the third quarter, while chipping away at the Roscoe lead. He and Kent Kleinsaser took over in the second half, combining for 28 of their team’s 34 points.

Roscoe’s Alaniz Ruiz led all scorers with 23 points, including 11 in the fourth quarter. Down the stretch, Ruiz briefly left the game for an injury before subbing back in and nailing a clutch three-pointer to cut the lead to one with just 13.4 seconds left.

After being outscored 20-7 in the third quarter, the Blue Devils were trailing the Eagles by four heading into the final frame.

Mount Academy increased their lead to eight via a 6-2 run, but Roscoe answered swiftly with a 6-0 run to bring the lead within two. As time wound down, the two teams exchanged baskets, neither one willing to let the other pull away with a lead.

Cross Country standout, Ike Blough, iced the game with two free throws to make it 50-47 with just 4.8 seconds remaining. Roscoe had an opportunity to tie at the buzzer but the shot went wide left as spectators awaited a foul call that never came. The only sound was the buzzer, marking the end of the Class D semifinal showdown.

“Overall, it was a great season. We had a hard time matching up after their second half adjustments,” Hill said. “But, we had opportunities to make a big play down the stretch.”