Brad Miller, of Lee's Summit, Mo., was voted by his fellow PBA Tour competitors as the 2020 PBA Steve Nagy Sportsmanship Award winner in recognition of his sportsmanship on and off the lanes. … 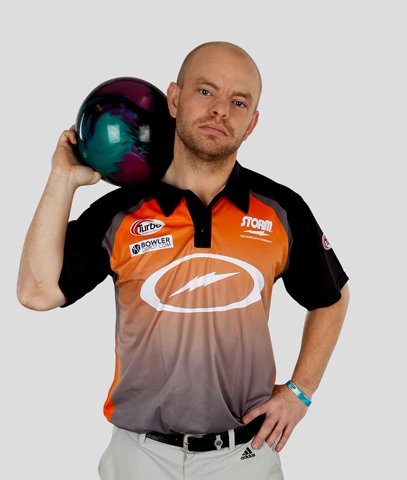 Brad Miller, of Lee's Summit, Mo., was voted by his fellow PBA Tour competitors as the 2020 PBA Steve Nagy Sportsmanship Award winner in recognition of his sportsmanship on and off the lanes.

“It's nice to be accepted within an organization I'm passionate about,” said Miller. “The PBA is the coolest place in the world in my eyes. I'm just trying to do the best I can and play my part. I really love trying to promote everyone involved and I think people have realized that.”

Although the 2020 season was interrupted by the COVID-19 pandemic, the 30-year-old Miller still managed to have the best year of his career, qualifying for two televised finals appearances in addition to advancing to the round of eight in the PBA Playoffs. Miller finished the season ranked 10th in earnings, doubling his previous year's total, and 11th overall in competition points.

“This whole year was so difficult in so many ways, but I think it's a good turning point for me,” added Miller about receiving the award. “This is a nice little reminder that there is still work to do.”

Off the lanes, Miller serves as chairman of the PBA Players Committee. A group of touring players that share input from the entire membership on a variety of programs that impact professional bowlers. Along with Kyle Sherman, Miller also runs the Brad & Kyle YouTube channel, which gives their fans insight into PBA life through the players' eyes.

“There's only a small list of people that find joy in traveling the world trying to see how well they match up to the best and potentially make a few bucks,” said Miller. “It's a special group. When the shoes come off, everybody has respect for each other and it's pretty easy for me to cherish.”

First presented in 1966, the PBA's sportsmanship award honors Steve Nagy, a PBA Hall of Famer and founding member who was instrumental to the success of the PBA Tour in its early years.

Miller was chosen by his peers from among four other finalists: Martin Larsen of Sweden, Tommy Jones of Simpsonville, South Carolina; Canada's Francois Lavoie, and Sean Rash of Montgomery, Ill.

ForeVR came out of stealth last week as a company dedicated to developing mass-market virtual reality games for all ages and geographies. The startup has raised $1.5 million, and its first game is a VR bowling title.

The company was founded by industry vets Marcus Segal and Mike Pagano Doom, who both worked at Zynga. They are developing their first game, which is scheduled to be released in early 2021 on Oculus VR headsets.

Segal said in an interview with GamesBeat that the market is about to enter a new stage with the increasing accessibility and affordability of VR technology, thanks to the launch of the Oculus Quest 2 wireless headset. On top of that, he said VR should benefit from the need for socially distant entertainment options and the nostalgia for group games. The team aims to translate the most popular and classic “in real-life” games into addicting and compelling games you can play with friends and family, he said.

“I love VR. And I've been waiting for the right time, which for me was when there is a device that everyone could access,” Segal said. “And I think that the Oculus Quest 2 at just $300 blows this opportunity wide open. Bowling was really instrumental for the Wii, and we think that kind of game, where you could play with one hand, is exactly what VR needs. You pick up the ball and bowl. It's a great place to start this accessibility revolution for VR. I was able to get my 81-year-old dad into it.”

ForeVR Bowl will debut in 2021. Overall, the company believes sports games will be a big opportunity in VR.

“Accessible games are really in my DNA from Zynga. I wanted to make games where we could basically make the audience for VR bigger,” Segal said. “If you look at what Zynga did for web games, we were able to make games that the grandparents could play with their grandchildren. And I really want to do that for VR, I want to make games where you can make a case that there will be a VR headset in every household. And the only way you do that is if you can make a game where the family could play it, like bowling.”

Sam Englebardt, the managing partner of Galaxy Interactive, said in an email, “Marcus is at the top of a very short list of people I'd do almost anything to back. He made the decision even easier when he pitched us the idea for ForeVR and told our team he was partnering with Mike Doom. Their first game's early build is already too addictive to put down, so I can't wait to see what they do next. Whatever it is, it's going to be really fun.”

Segal, who previously worked at Zynga, believes the opportunity is similar to the moment when the Nintendo Wii made games more accessible to everyone from toddlers to grandparents. Wii Sports was a huge hit on the Wii, and it's no accident ForeVR is working on a bowling game, he said.

As we enter the new year here are several great tips to improve your bowling game.

Bowling Arm Swing: Your arm swing is crucial for consistency in today's game. The direction of the swing greatly impacts your release and initial ball direction.

Ball Release and Speed Control: One of the most important adjustments any bowler can make is the ability to change your ball speed…practice and use different speeds to see what the different speeds do to your release of the bowling ball.

Relaxed Bowling Grip Pressure: Two of the most important aspects of bowling are ball fit and bowling grip pressure. Most important tip here is the importance of keeping a loose and relaxed grip.

Using bowler's tape can help get the best fit possible to prevent bowlers from squeezing and other physical game issues.

Mike Luongo is a Certified IBPSIA Pro Shop Operator, Master Instructor, USBC Silver Level Coach and an Advisor-Special Events Assistant with the Storm and Roto Grip Bowling Ball Company. Have a question, email him at mike.luongo@stormbowling.com.