ONEONTA –– The Catskill Claws hopped back on their bikes over the weekend to tackle the Oneonta High School course for their third outing of the season.

The middle school course was … 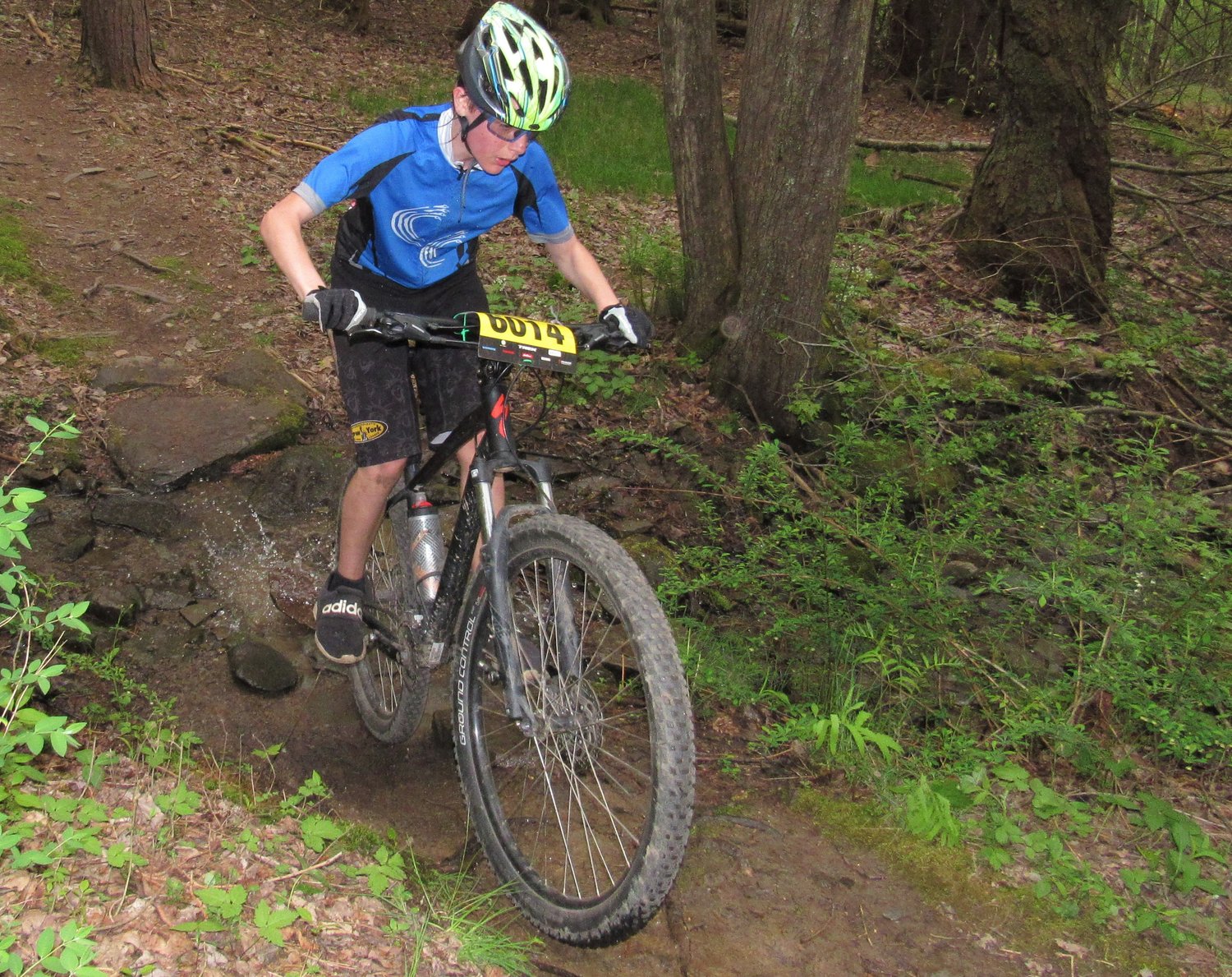 Catskill Claws eighth grader, Eli Desrochers, navigates through the trail, kicking up some water as he makes his way past some rocks.
Contributed photo
Posted Thursday, May 19, 2022 1:52 pm

ONEONTA –– The Catskill Claws hopped back on their bikes over the weekend to tackle the Oneonta High School course for their third outing of the season.

Sylvan Garrelts had a first place podium finish for the 7th grade boys, and he earned 500 points for the middle school team. His fastest lap was 14:04, and his three-lap total time was 43:00, finishing more than five minutes faster than second place.

Caitlin Walsh finished on the podium in second, earning 490 points for the middle school team in the 8th grade girls category. Walsh’s fastest lap was 18:14, and her overall time was 59:59.

For the high school team, Agatha Ryan finished in third for the JV girls category, earning 521 points for the team. Her total time was 20:02. The race was discontinued after the first lap due to bad weather. Even with the abbreviated race, Ryan became the overall points leader in the JV girls category, scoring a total of 1574 points so far, with second place just behind at 1564.

Benjamin Valladares earned 370 points after finishing in 20th place of the Sophomore boys category. His fastest lap was 19:32 and total time was 1:27:11 after four laps.
Ryan Walsh led the high school boys team, earning 384 points for the team. His fastest lap was 21:16.

“This was a fast course with plenty of rocks and roots to traverse,” Team Director Keith Stephenson said. “Thankfully, it was dry most of the day so traction wasn’t a concern.”
Stephenson went on to explain how the team is ranked No. 9 in the state with 5064 overall points.

The next event for the Catskill Claws is this Sunday, May 22, in Queensbury, NY. Following that, the league championship will be held in Liberty on Sunday, June 5.

“As always, our kids are looking forward to the last two events of the season,” he said.